The code is divided into several packages based off of the command-based structure. All required library blobs are included in the lib/ directory.

Compiled javadocs are in the doc/ directory. Open the doc/index.html file to view it.

For a more complete breakdown of the code structure, see blog post.

We are a veteran FIRST Robotics Competition team from Westwood High School in Westwood, Massachusetts. Feel free to check us out on Twitter, Snapchat, or at our website! 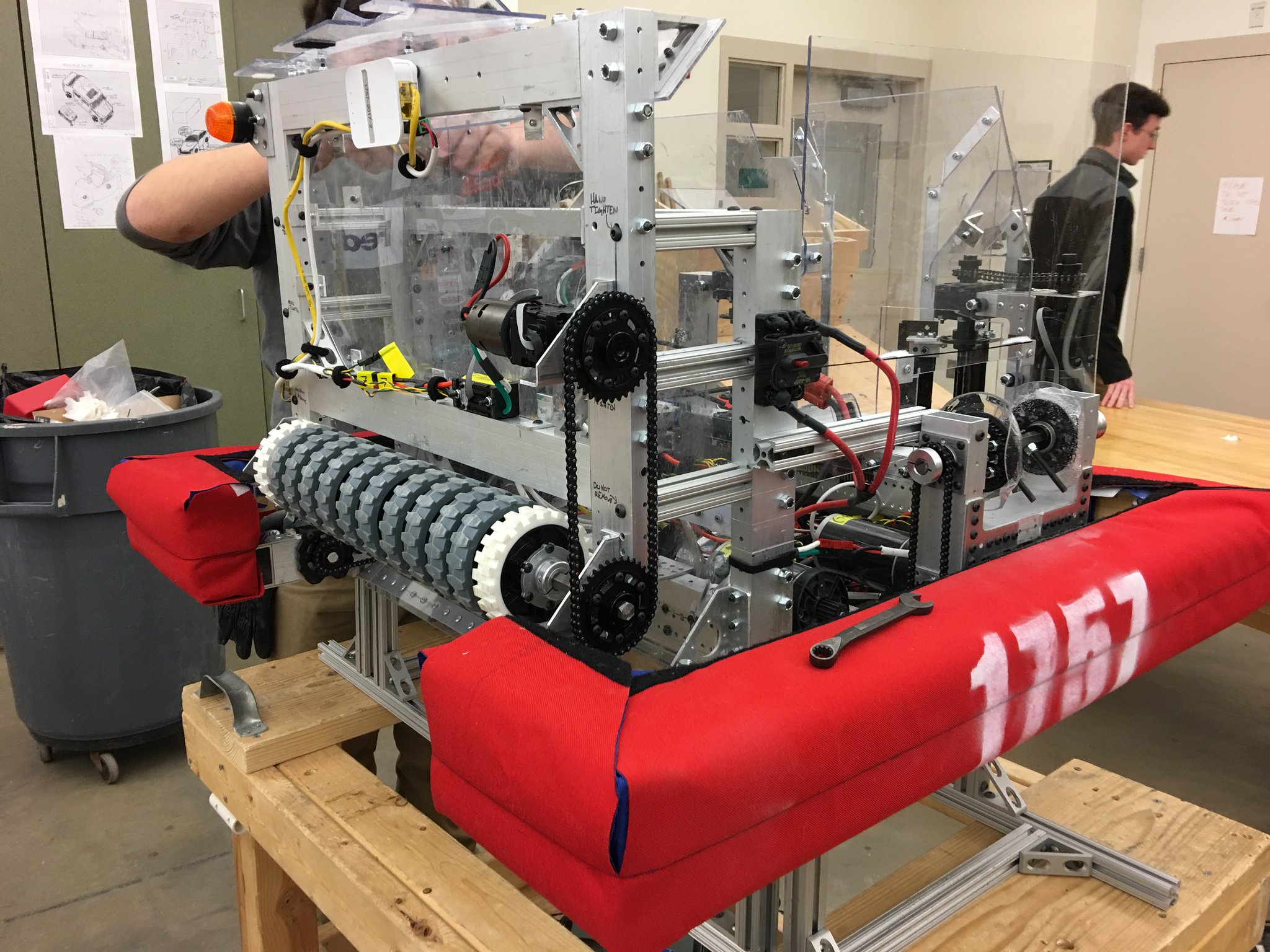 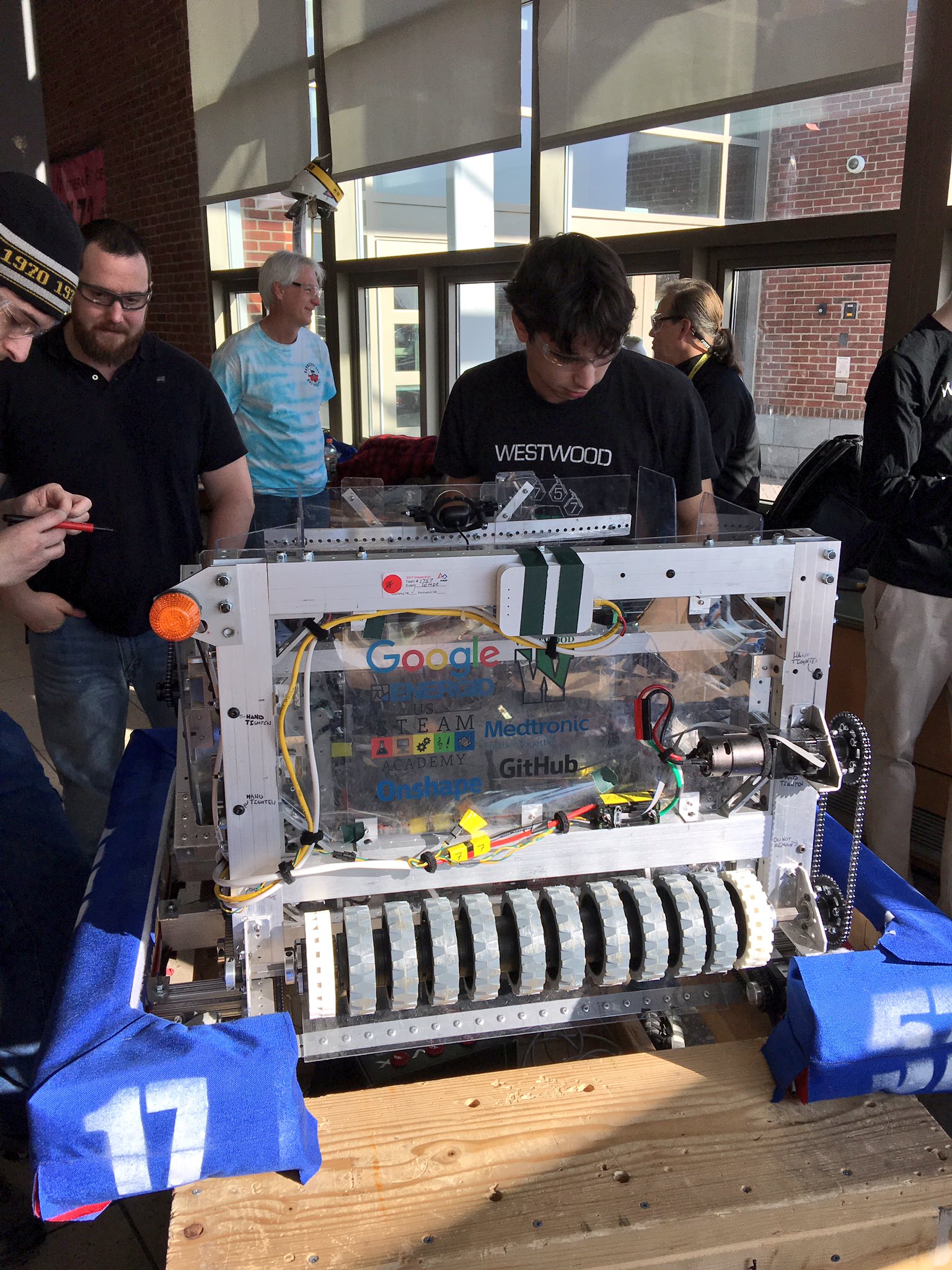