All spells must be learned through <Element> Sorcery. Each Tier of Spell (1-5) requires that same level of <Element> Mastery, in order to unlock and learn the spell. 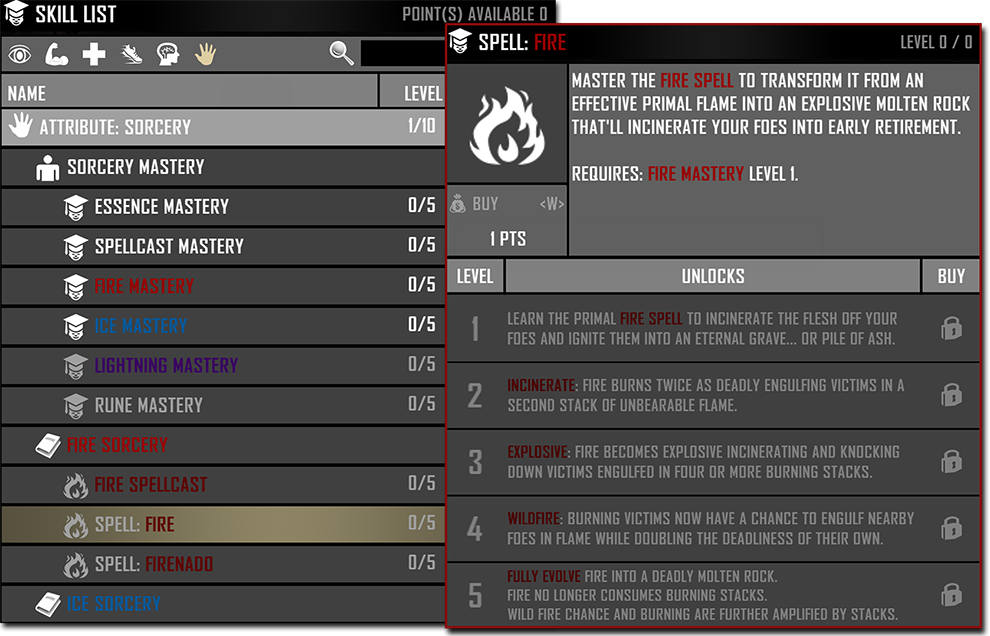 Only after learning a Spell can you craft it using the corresponding Essence at a Conjure.

Consecutive direct hits with Tier 1 Base Spells, such as: Fire Spell, apply what's referred to as an elemental Stack. These Stacks multiply all spell damage and effects of the same element, for all Spells, for each Stack. Certain perks, items and effects (as specified) are also capable of applying Stacks.

Stacks are visually represented by Elemental Orbs found at your foes feet. Stacks have no limit, though the visual Orb representation of them will stop at four... for preservation of sanity.

Stacks can be applied... infinitely, though they will expire after some time of no activity. Expiration of stacks does not occur if you have special perks or items that alter this mechanic.

All stacks on a foe are refreshed by consecutive hits of the same element that applies stacks. Certain effects require and rely on stacks to trigger, typically consuming stacks in the process.