RPI3 or any other device you want to run this on needs to be connected to internet via ethernet port, while WiFi interface will be turned into an AP/Hotspot.

While this tool was made and tested on Raspbian (jessie) on RPI3. It'll work on any other Debian Linux based device. So, if you don't have RPI3 laying around, but have an old computer which you'd like to turn into Tor Hotspot be my guest. If you run into problems, please create an issue.

Since this tool is still under development, it's recommended you run it on freshly installed Raspbian (>= Jessie) and not on your prod environments. 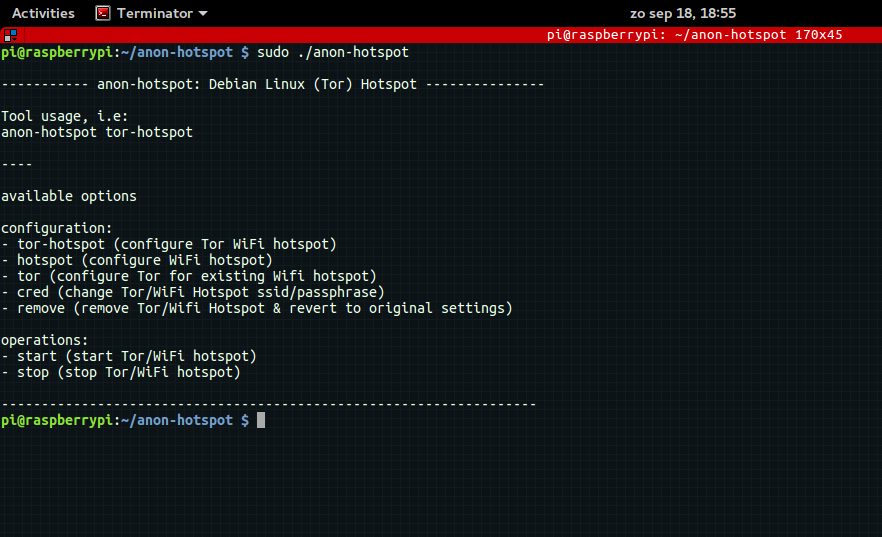 Since I'm working on this project in free time, please consider supporting this project by making a donation of any amount!