A PowerShell utility to dynamically uncover a DCShadow attack

"Yes, your good old SIEM can detects suspicious directory changes in a sec."

UncoverDCShadow is a set of proof-of-concept designed to help blue teams detect the use of the DCShadow attack on their Active Directory infrastructure. These helpers have been designed to illustrate how security monitoring can be achieved without requiring network tap or event log forwarding.

For those of you who like go straight to the point, here is the easiest way to start detecting DCShadow in a Windows PowerShell 5 shell: 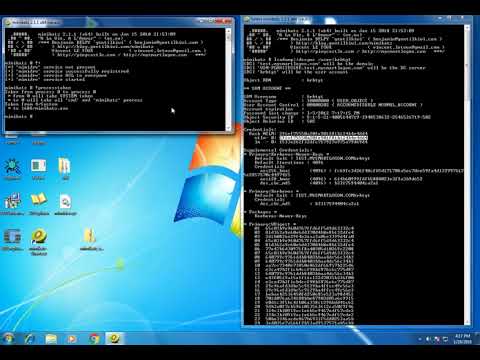 One of the main strength of DCShadow is its ability to be reasonably stealth for attackers. In a general case, Domain Controllers (DCs) are in charge of creating events when a security process occurs. With DCShadow, illegitimate actions are taken on a rogue DC. The event logs that could have helped blue teams to detect the attack (using their SIEM, for instance) will never be created.

As explained in the article, blue teams need a complete redesign of their strategy and shift their focus from log analysis to AD configuration analysis. Thankfully, UncoverDCShadow is here for you!

Standard detection approaches use network detection to monitor the addition of rogue SPNs and the call to the DRSReplicaAdd RPC.

At Alsid, we wanted to prove ourselves that better solutions exist. DCShadow needs to register several new objects (like a new nTDSDSA object or the GUID E3514235–4B06–11D1-AB04–00C04FC2DCD2 refering to a very characteristic SPN) to act as a rogue domain controller. Can't we simply monitor the Active Directory database to detect these specific events? Good news, Active Directory provides several ways of doing it!

... to make your SIEM ubiquitous again!

If we are able to detect object changes in the directory, we are one step away from sending a message out to the SIEM and make it see again!

Good news dear SIEM manufacturers, your solution are still in the game :).

How does it actually work?

UncoverDCShadow uses the ability to make asynchronous calls to the AD database using LDAP. Using the well-known (or not so well) LDAP server control LDAP_SERVER_NOTIFICATION_OID (1.2.840.113556.1.4.528), any user can receive information about any created, modified or deleted object of the entire Active Directory database!

Using what we know about how DCShadow works, detecting it becomes as easy as requesting in LDAP the content of:

Easy don't you think? Actually, we still need to be smart to differenciate a DCShadow attack from a regular DC promotion, and deal with replication.

As shown in this timeline, a few elements can be used to differentiate a legitimate DC promotion from a DCShadow attack when tracking AD changes. Note that the DCShadow attack on another DC than the one monitored may result in fewer objects being replicated: we've seen cases where only the deleted server and nTDSDSA objects, the targeted object and the computer object (without any modification) are replicated.

This POC registers LDAP asynchronous requests using the LDAP_SERVER_NOTIFICATION_OID OID and tracks what changes are registered in the AD infrastructure.

This POC focuses on the server and the nTDSDSA objects, and what happens before they're being removed from the AD. Only 6 criteria are used on these two objects, triggered once the server object has been deleted:

With these criteria, the Trap-DCShadowAttempt cmdlet should catch most attempts at messing with your AD infrastructure through DCShadow.

Side note: the object modified by DCShadow isn't shown on the timeline, but would appear between the last green and the first red boxes.

You can either import the .psm1 module, and run the Trap-DCShadowAttempt function, or run the UncoverDCShadow.ps1 script - which imports the module and run this function. The parameters for the function and the script are the same, optional, and are the following ones:

Note that the AD account doesn't need to be privileged.

Don't forget that this is a POC (tested on Windows Server 2016 only), and that this might have some false-positives and not catch any modified DCShadow exploit.

Implicitly use the current user's credentials and domain

Implicitly use the current user's credentials on the domain controller at 192.168.1.1

Use the explicitly-specified credentials on the domain controller at 192.168.1.1

Implicitly use the current user's credentials and domain, display any changes received by the AD database

Display all available information while using the explicitly-specified credentials on the domain controller at 192.168.1.1

Notes about this example:

As you might know, Powershell has multiple message streams.

While this software should be harmless for your AD, don't forget these helpers are a POC (tested on Windows Server 2016 with Windows PowerShell 5 only), provided as-is. It might have some false-positives and not catch any modified DCShadow exploit.

Finally, Alsid team will not provide any support as part as the open source license.

Thanks to @aurel26 for all his pieces of advice and bottomless knowledge on AD internals.

A PowerShell utility to dynamically uncover a DCShadow attack