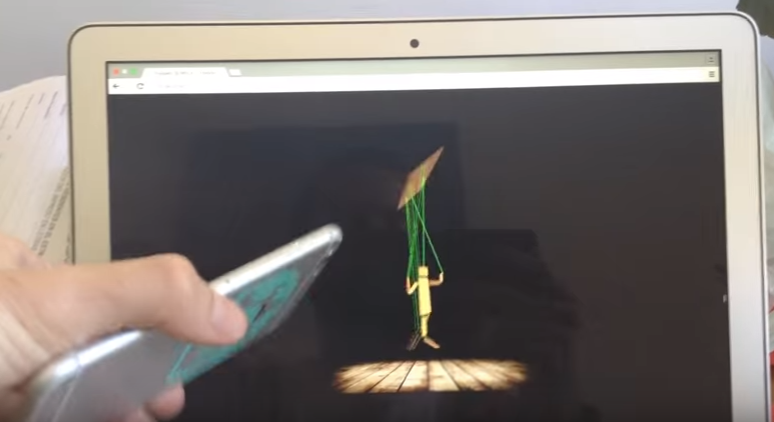 A puppet consisting of 10 body elements (head, torso, shoulders, arms, thighs and legs) and the proper joints (to connect the body elements and the control bar) gets rendered in the browser via WebGL (using ThreeJS).

To achieve realism it applies a physics engine (oimo.js). Every time the puppet gets rendered the physics thread calculates where each element is positioned as well as the element's orientation.

In order to remote control the puppet a WebRTC bridge is used (Peer.js helps the two clients find each other).