This project was initially inspired by the fantastic Empire framework, but also as an objective to learn Python.

Check out this introduction and demo of basic functionnalities (v0.0.1) : 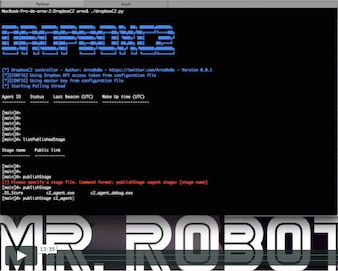 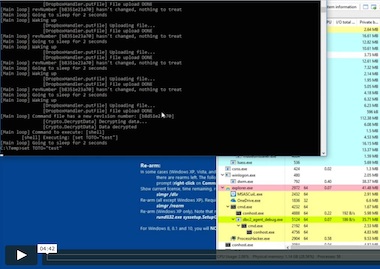 The app is distributed under the terms of the GPLv3 licence. 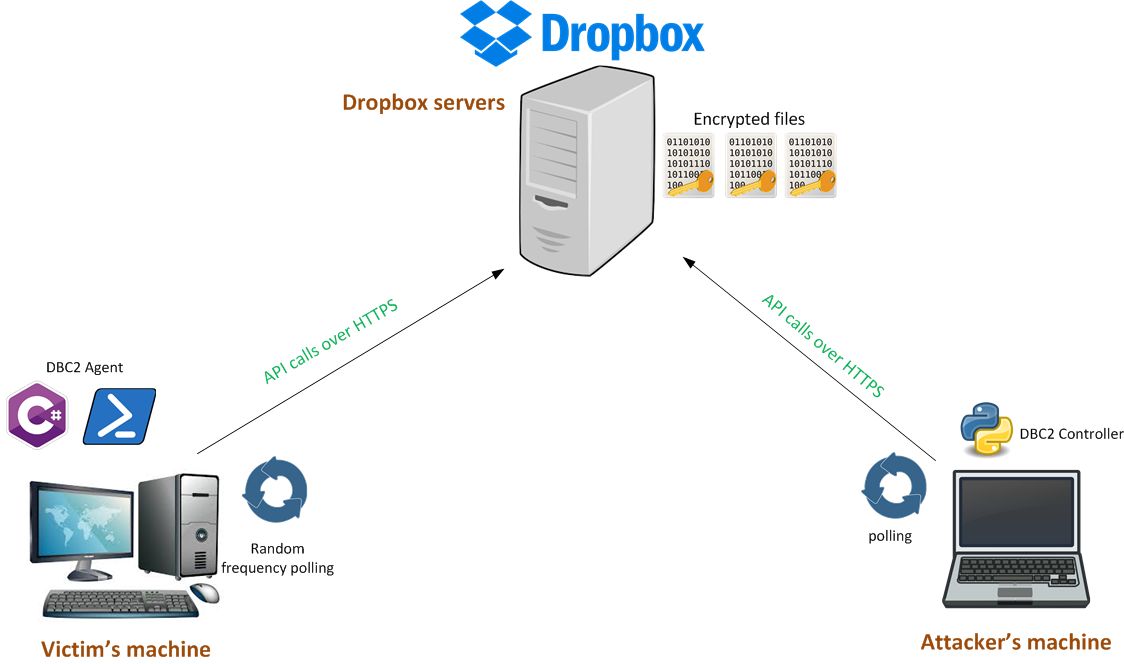 DBC2 requires a Dropbox application ("App folder" only is sufficient) to be created within your Dropbox account and an access token generated for this application, in order to be able to perform API calls. Look at the intoduction video on how to do this if you're unsure.

On the controller side, DBC2 requires:

DBC2 controller has been successfully tested and used on Linux Kali and Mac OSX.

On the agent side, DBC2 requires:

DBC2 controller asks for a master password when it starts. This password is then derived into a 128 bits master key by the use of the PBKDF function from the pyscrypt library. The master key is then base64 encoded and can (optionnally) be saved in the config file.

DBC2 also performs obfuscation of the stages and the modules by the use of XOR encryption, which is dumb encryption but is enough to simply obfuscate some well known and publically available piece of codes. The key used to perform XOR encryption is a SHA256 hash of the master key.

Configuration is done through the config.py file:

DBC2 is also available as a Docker container so it's: Check DBC2 on Docker hub. Or simply do: docker pull arno0x0x/dbc2

Compiling your own agent stage

You can very easily compile your own executables of the agent stage, from the source code provided. You don't need Visual Studio installed.

This tool is intended to be used in a legal and legitimate way only:

Quoting Empire's authors: There is no way to build offensive tools useful to the legitimate infosec industry while simultaneously preventing malicious actors from abusing them.

This is still version beta of this tool, and my first project developped with Python and C#. So it is probably full of bugs, not written in the most Pythonic of CSharp'ish way. Bugs fixes and improvements will come over time as I'll be getting feedback on this tool.

To be added in the next releases: