Sign up
Premier League: 11 of 20 clubs could have made profits in 2016-17 without fans at games https://www.bbc.co.uk/sport/football/…
football football-data finance shareddataunit
Find file

In August 2018 a joint project between the BBC England Data Unit, BBC Shared Data Unit and BBC Sport reported on the finances of football clubs across England. A lead piece focused on the fact that more than half of Premier League clubs could have played in empty stadiums and still made a pre-tax profit in the first season of the current broadcast deal, while a follow up piece looked at the widening gap between the Premier League and EFL and a further story focused on an interview about the findings with Crystal Palace chairman Steve Parish.

The story was two years in the making, beginning in October 2016, as Alex Homer, Andrew Aloia and Paul Bradshaw trawled through every single league club's accounts compiling and analysing data on their income, spending, webs of ownership and league position.

The accounts – four years of sets of accounts for 92 clubs changing each season - had to be read and data inputted manually because the accounts are published online as scanned PDFs. The resulting spreadsheet now contains more than 17,000 pieces of data.

With extra help on the analysis from Dan Wainwright and Paul Bradshaw in the England Data Unit and Pete Sherlock in the Shared Data Unit, and expert guidance and subbing from Steve Marshall, the result was a piece that had over 2m views and which was followed up by other outlets, as well as coverage on 5Live, BBC World, R4, R2, BBC Breakfast, The Six, the News Channel and 19 GNS interviews.

Interviews and quotes (Premier League: 11 of 20 clubs could have made profits in 2016-17 without fans at games)

Visualisation (Premier League: 11 of 20 clubs could have made profits in 2016-17 without fans at games) 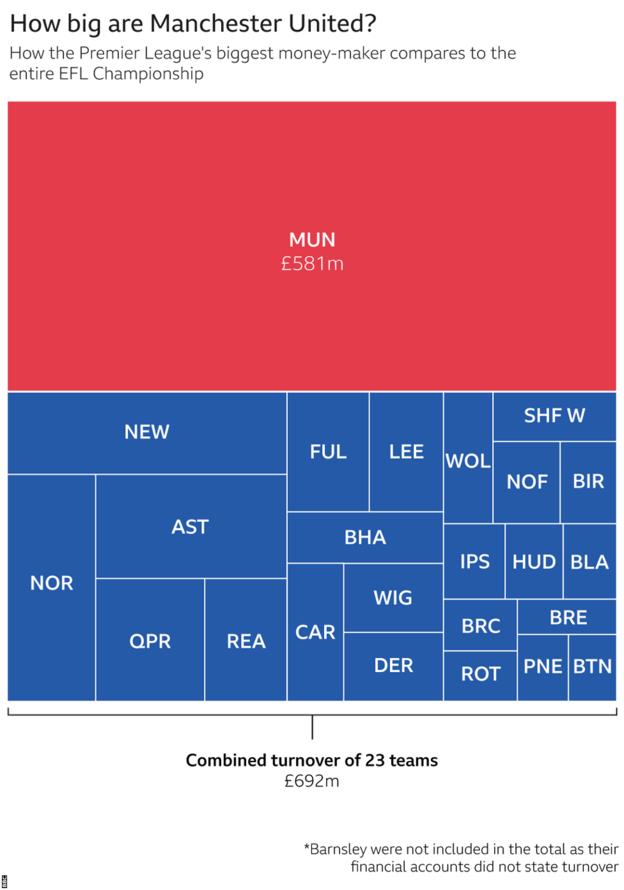