Gordian products and technologies such as Wallet and Server

The Gordian system is a suite of powerful open-source tools that offers a self-sovereign solution for Bitcoin by using Tor and QuickConnect technology to link a protected GordianServer with a mobile GordianWallet so that you access full-node capabilities from a mobile device. (It's meant to cut through a traditionally knotty problem in Bitcoin development.)

This repo contains a table of contents for various the Gordian system projects and features. Please see individual repos and pages for more information.

Quick Links for All Repos

GordianWallet on iOS (and macOS)

GordianWallet-iOS is a purpose-built remote app for securely connecting to your node over Tor from anywhere in the world. Combined with your GordianServer, it provides you with a powerful suite of tools for managing Bitcoin. You can scan the QuickConnect QR code from GordianServer-macOS and easily create mutli-sig wallets where one key gets stored on your device, one on your node, and one in offline backup. 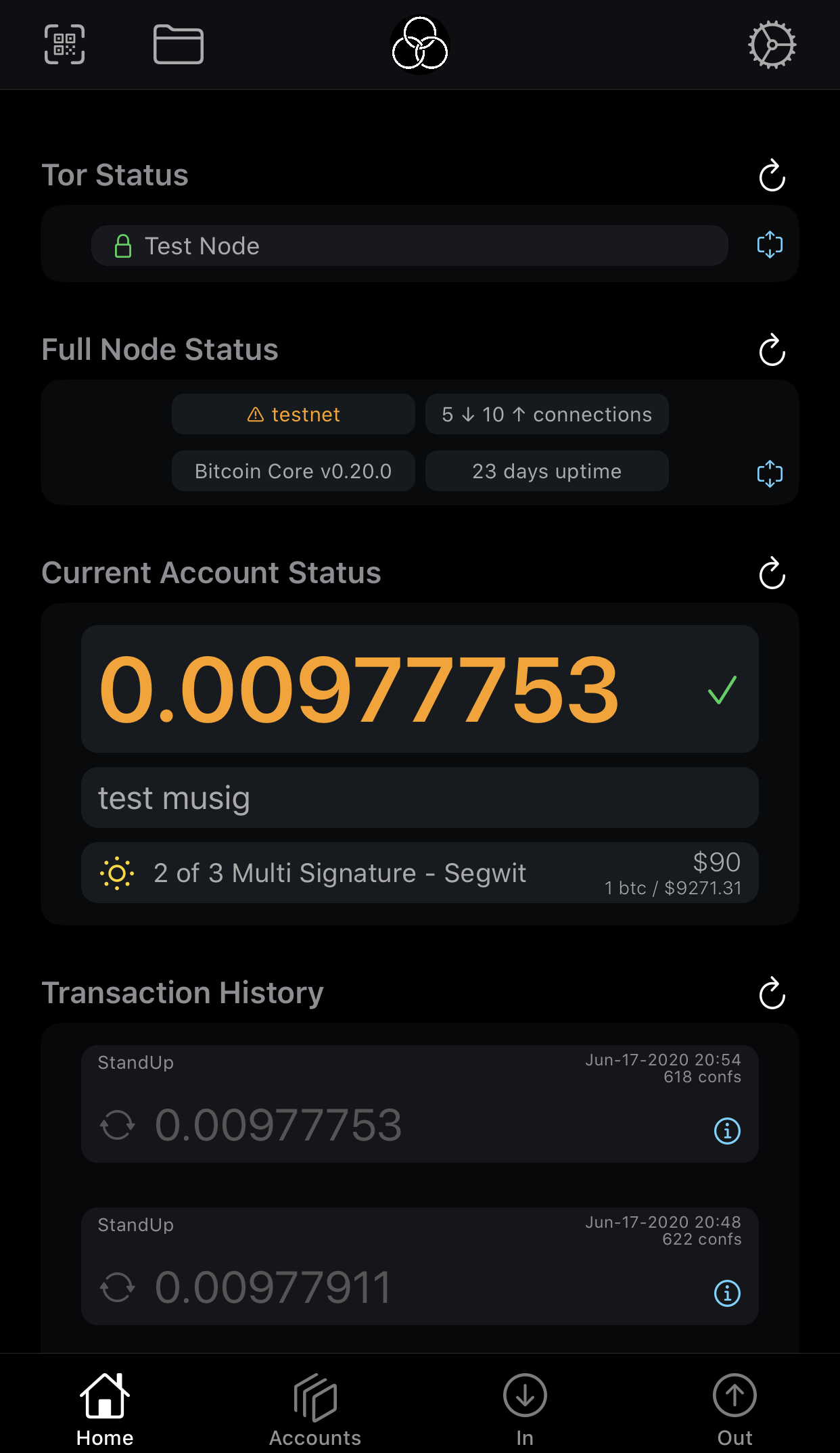 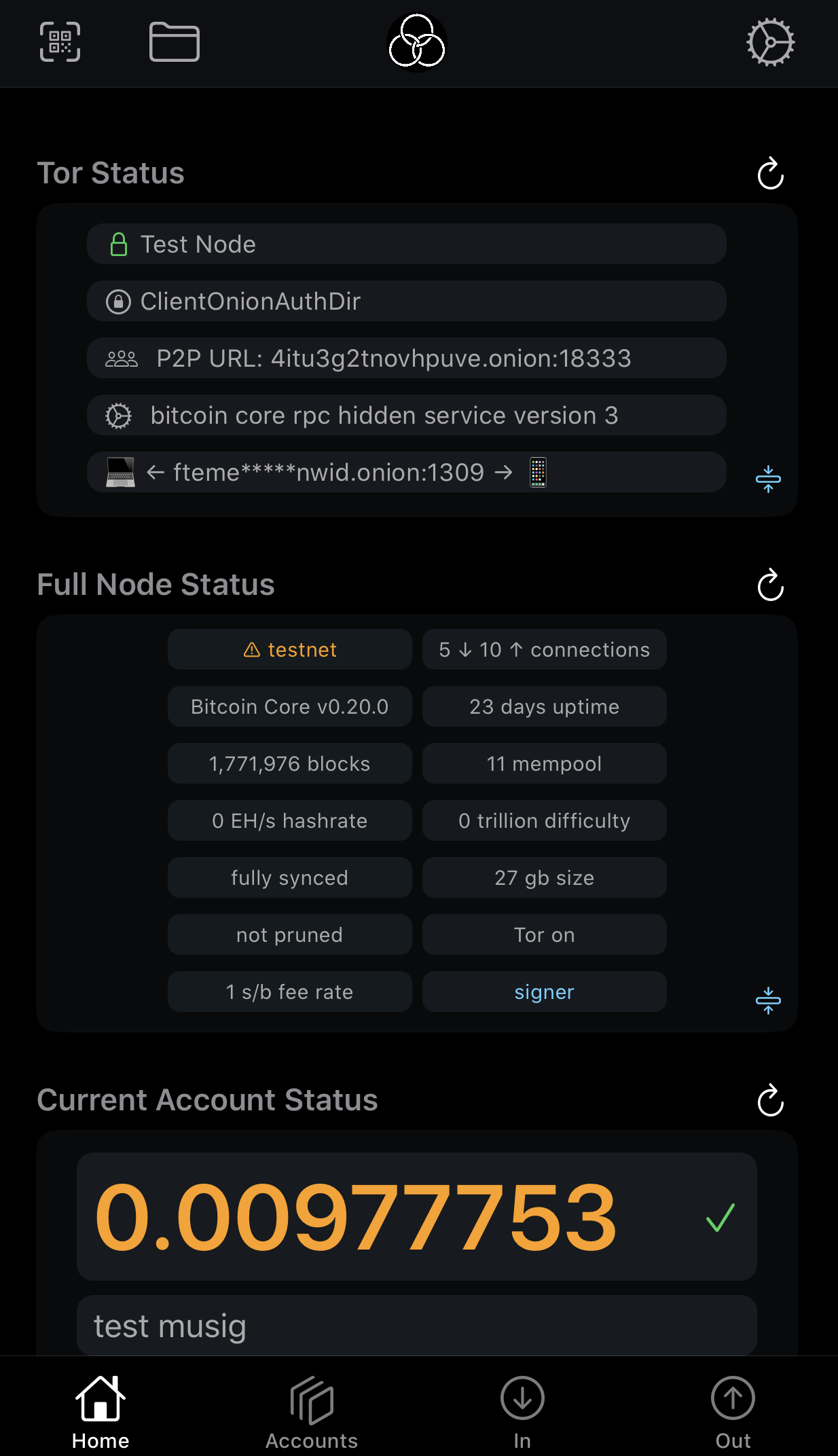 GordianWallet-iOS is a macCatalyst app and can therefore be used on either iOS devices or macOS.

Other Wallet Options: FullyNoded for iOS

GordianServer-macOS.app is an app that provides personal one-click installation for Bitcoin Core and Tor. It's built on Bitcoin Standup technology that presents a QuickConnect QR code that can be used to pair mobile wallets for remote use over Tor V3. GordianServer-macOS has been developed and tested on "Mojave" and "Catalina", it can be installed via a DMG or an Xcode compilation

Linux Bitcoin-StandUp-Scripts achieves the same thing as GordianServer-macOS, but comes in the form of Linux scripts rather than a central app.

The easiest-to-use version of the Linux scripts run through the StackScript system at Linode, but you can alternatively use Linux scripts that have been tested with Debian Stretch and Ubuntu 18.04.

The multi-platform GordianSigner app for Android, iOS, and MacOS very simply allows for a PSBT to be signed by the input of a xprv, 12-word mnemonic word set, or QR-UR. It does not transmit the PSBT, but just updates it, for finalization on another node.

Quick Connect for the Gordian system

The Gordian system is built on the Quick Connect API, which defines the spec for a deep link URI and a scannable QR Code, and which links your GordianServer (or other Bitcoin Standup node) to a GordianWallet. Besides being used by GordianServer-macOS, it's also supported by several server-side node manufacturers. More information about the purpose and design of the Gordian system can be found in the following documents:

The best place to talk about Blockchain Commons and its projects is in our GitHub Discussions areas.

The full node created by the Gordian system can also be interlinked with other projects from Blockchain Commons.

The Gordian system is a project of Blockchain Commons. We are proudly a "not-for-profit" social benefit corporation committed to open source & open development. Our work is funded entirely by donations and collaborative partnerships with people like you. Every contribution will be spent on building open tools, technologies, and techniques that sustain and advance blockchain and internet security infrastructure and promote an open web.

To financially support further development of the Gordian system and other projects, please consider becoming a Patron of Blockchain Commons through ongoing monthly patronage as a GitHub Sponsor. You can also support Blockchain Commons with bitcoins at our BTCPay Server.

Gordian products and technologies such as Wallet and Server