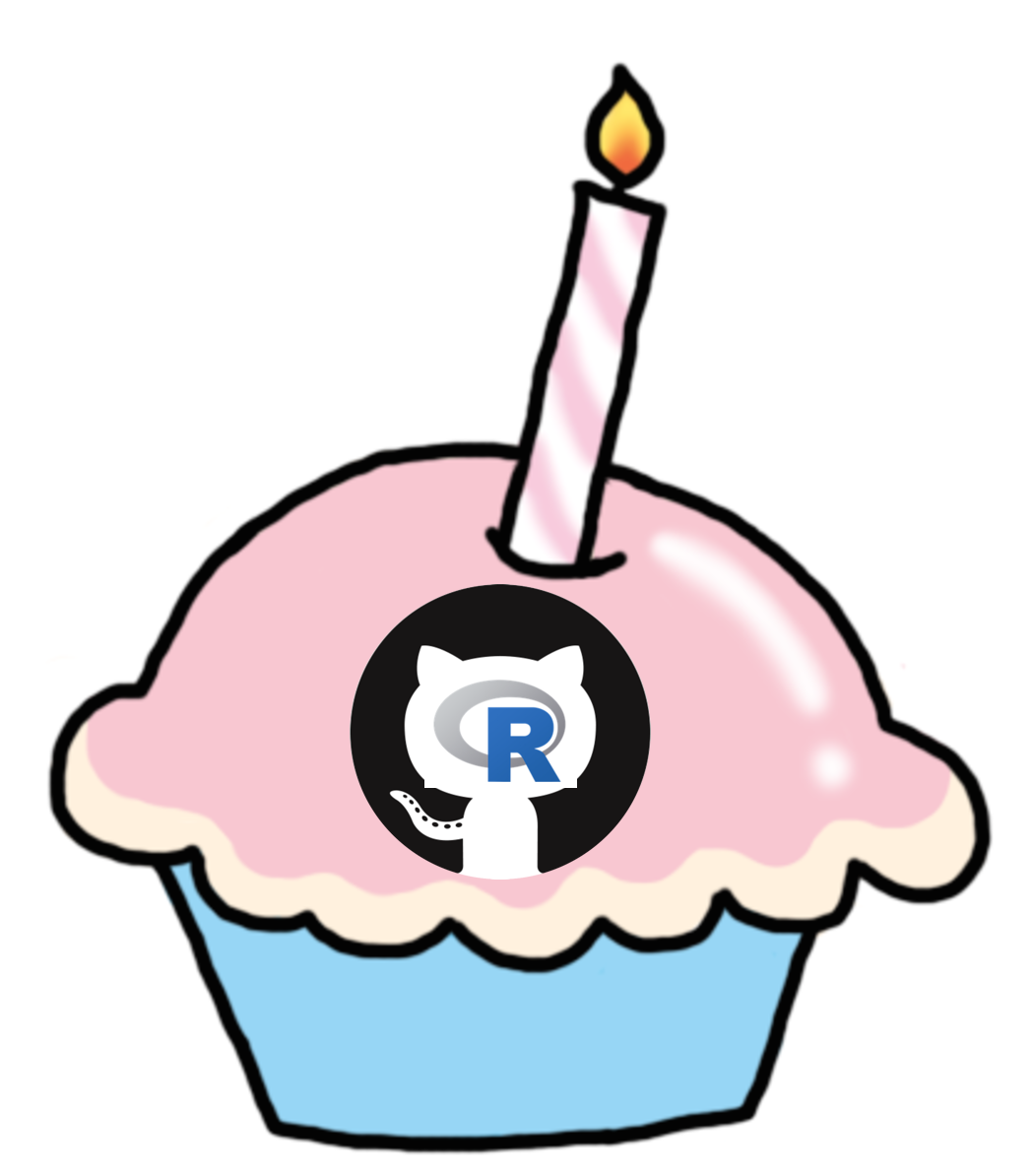 happybiRthday is an R package hosted on CRAN (https://cran.r-project.org/web/packages/happybiRthday/index.html) to calculate upcoming birthday dates of Github repos. Software creation is a big deal! A repository's initial commit date can be thought of as its birthday. Next time, drop in and wish a developer (any Github username) a happy birthday of their repo(s). Or maybe just toast to the upcoming anniversary of your own software repo! Life is too short not to celebrate the creation of software!

You could also install the current GitHub version using the devtools package and the following command in R: