##This project was designed to provide SVG support for Internet Explorer 6-8. Now that IE natively supports SVG, this project is no longer supported. It is present here for archival purposes only now. The original SVN based repo and web site is here. Original docs:

SVG Web is a JavaScript library which provides SVG support on many browsers, including Internet Explorer, Firefox, and Safari. Using the library plus native SVG support you can instantly target ~95% of the existing installed web base.

Once dropped in you get partial support for SVG 1.1, SVG Animation (SMIL), Fonts, Video and Audio, DOM and style scripting through !JavaScript, and more in a small library. Your SVG content can be embedded directly into normal HTML 5 or through the OBJECT tag. If native SVG support is already present in the browser then that is used, though you can override this and have the SVG Web toolkit handle things instead. No downloads or plugins are necessary other than Flash 10 which is used for the actual rendering, so it's very easy to use and incorporate into an existing web site.

It should also be noted that while Google has contributed to this project, Google is not providing support for this project. 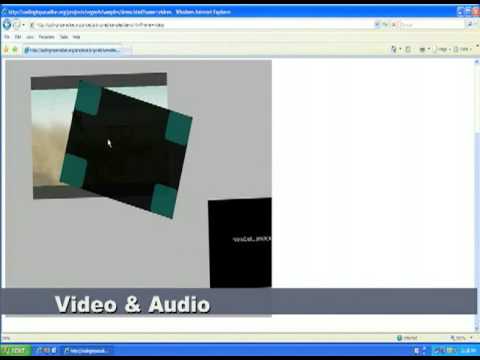 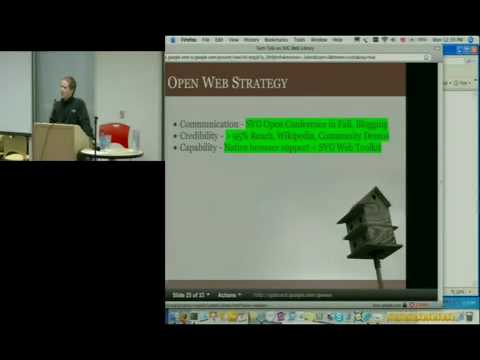 The SVG Web toolkit uses Flash and JavaScript in order to bring static and dynamic SVG to web browsers, including Internet Explorer.

See the User Manual docs/UserManual.html for details on how to use SVG Web.

If this is a source distribution, the ActionScript source is in src/org/svgweb/

A new SVG Web release is out, code named Lurker Above.

The Lurker Above is a classic Dungeons and Dragons monster, attaching themselves to dungeon ceilings and dropping down to surprise unwary adventurers: 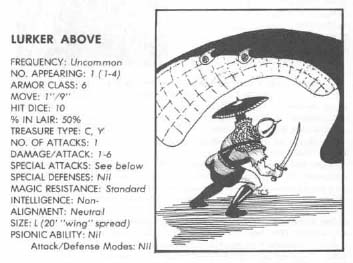 Some highlights of the Lurker Above release:

Special thanks to Rick Masters for sheparding this release, and to all the bug fixes and help from the SVG Web community! 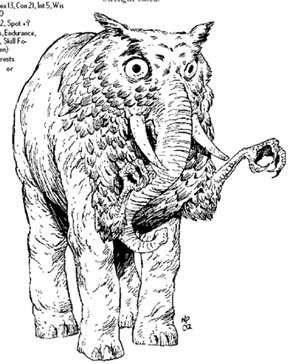 You've heard of Elephants, you've heard of Owls… put them together and you get the fearsome Owlephant. If you encounter one, be sure it will be the last thing you ever, um, encounter. Hoot…. stomp!

Major aspects of this new release includes overhauls and fixes for gradients, clipping, events, text placement, and more. It also includes a huge step forward in SMIL animation support, including being able to animate path segments and interpolate their values, scripting SMIL with JavaScript, and more.

This release has been built by the community, with major contributions from Bruce Duncan from VisualMining.com; Ken Stacey from SVGMaker.com; and the always awesome (and project co-leader) Rick Masters. Thanks to the many people like Michael Neutze, Bruce Rindahl, and more for their bug testing and evangelism!

See the full ReleaseNotes of what is fixed in this release.

Please note that there may be some breaking changes in this release that will affect code that uses older versions of SVG Web; more details here. Also note that SVG Web does not yet support the native SVG functionality in IE 9 preview releases.

I'm proud to announce a new release of SVG Web. Our tradition is to go geek-tastic and name them after classic D&D monsters. This release is named Dracolisk, a crossbreed of a basilisk and a black dragon.

The Dracolisk is a truly fearsome creature, able to turn an enemy into stone with merely the gaze of the basilisk coupled with the acidic breath of a black dragon. Someone get that monster a breath mint. 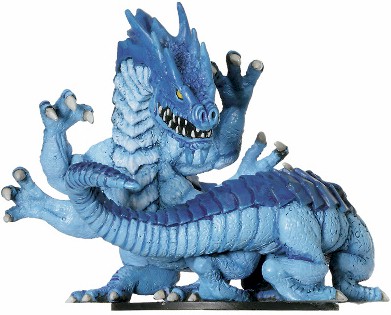 The fixes and additions in this release:

Many thanks from the core SVG Web team (Rick Masters, Brad Neuberg, and James Hight) to the many many contributors to this release, including IBM:

Please note that there are some breaking changes in this release that will affect code that uses older versions of SVG Web; more details here.

Just in time for Thanksgiving is another SVG Web release. Our tradition is to name SVG Web releases after monsters from D&D just to increase the geek factor, so in that spirit our release name this time is "Gelatinous Cube": 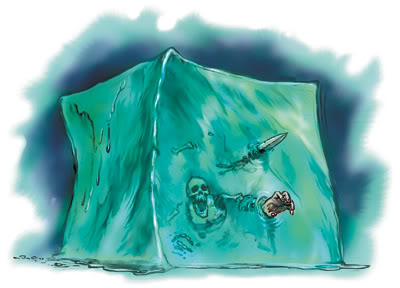 The Gelatinous Cube is a truly horrifying creature:

"A gelatinous cube looks like a transparent ooze of mindless, gelatinous matter in the shape of a cube. It slides through dungeon corridors, absorbing everything in its path, digesting everything organic and secreting non-digestible matter in its wake. Contact with its exterior can result in a paralyzing electric shock, after which the cube will proceed to slowly digest its stunned and helpless prey."

Highlights of this release, thanks to many many people helping with patches, bug testing, and more: