NOTICE: Bravify is no longer being maintained. Sorry for the inconvenience.

Bravify is a tool to generate builds for Ultimate Bravery, a custom game mode in League of Legends. While there already exists a tool to generate builds, I've found that the tool uses outdated information, and isn't generally the easiest to use, either. What Bravify does differently is that it uses the Riot Games API directly, allowing the information used to be always up-to-date.

It will then download the needed information from Riot's API, generate a build for you, and allow you to see the build. If you don't like the build, or don't own the champion it chose for you, you can click the Generate button to generate a new build. You can also choose a different map using the map choice dropdown button, and choose the champions to pick from using the Choose Champions button.

When you're ready to play, you can click the Build Options button, then pick Save Build to save the current build as a custom Item Set, which will then be available to see in the in-game shop. You may be asked to choose where the League of Legends folder is when you hit Save build, if you installed League in a non-default location. Next, you simply need to start your game, ensuring to choose the champion, masteries, and summoner spells that Bravify generated, and you're on your way to the Ultimate Victory! 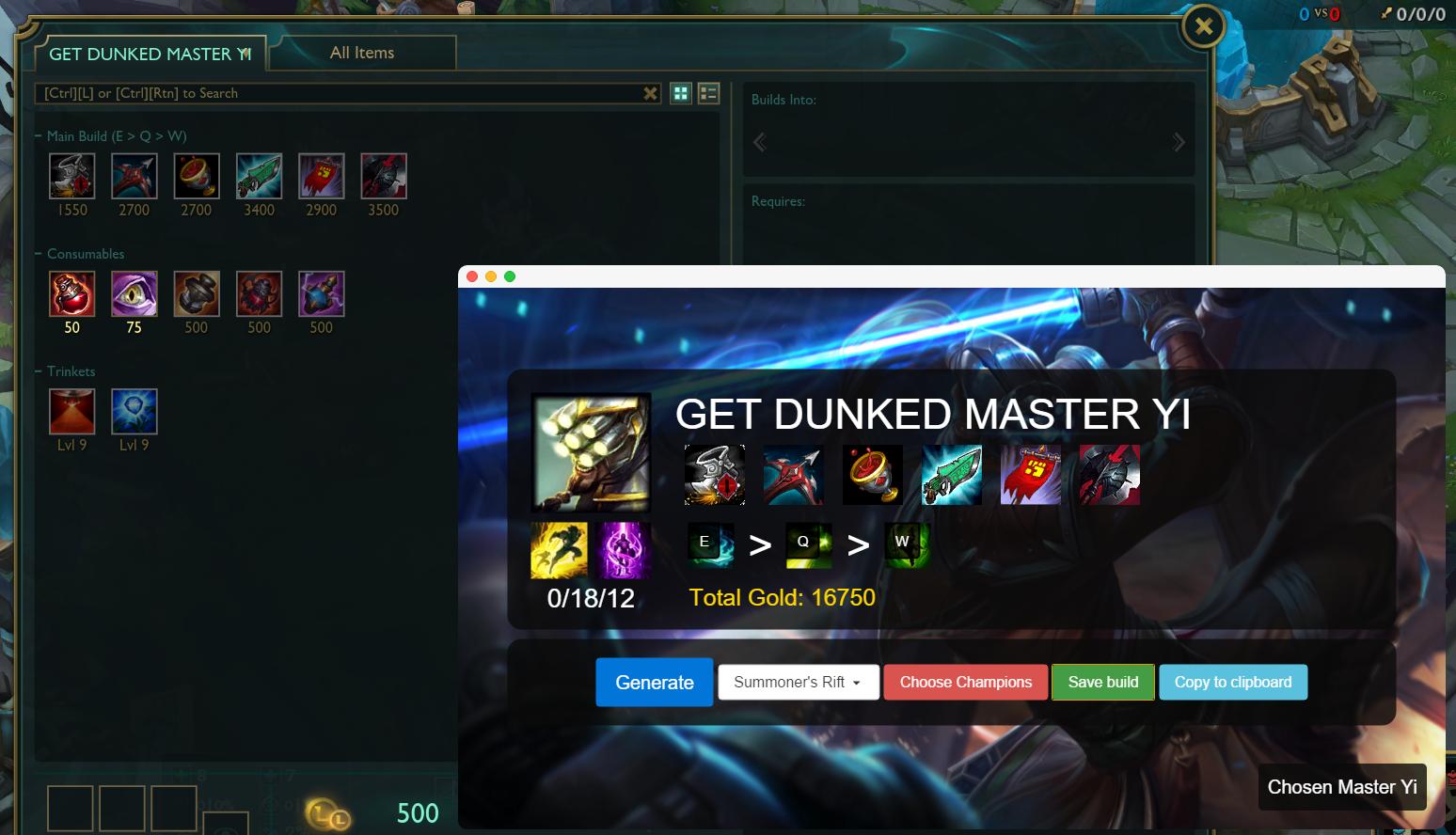 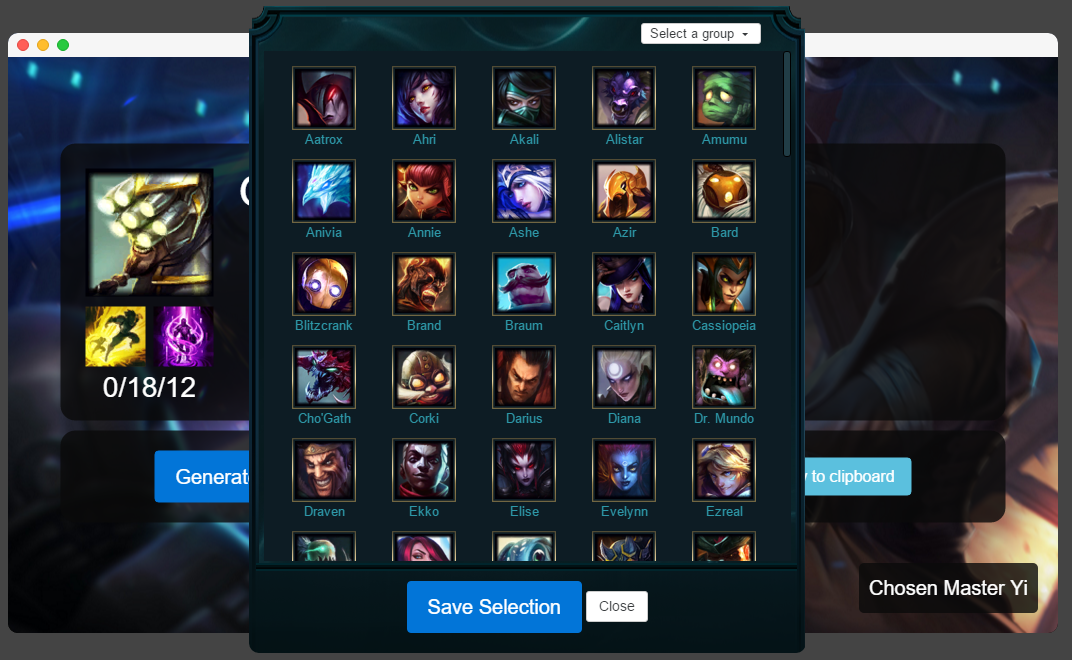