A website with a graph visualisation of how operators counter each other in Rainbow Six Siege.

A graph visualisation of counterplay in Rainbow Six Siege. 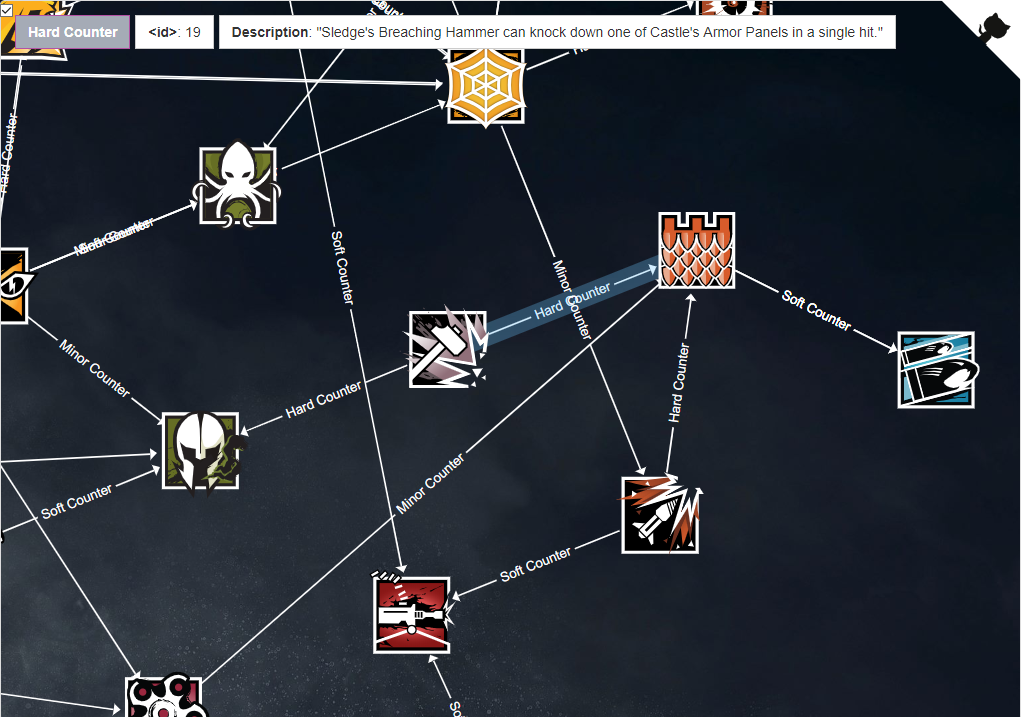 Make sure you are using node version 12.16.1 and npm version 6.13.4 on your system at minimum. To check your versions you can run the following commands:

To update to the latest node and npm version, visit https://nodejs.org/en/.

After, clone the repository, install all dependencies, build and serve the project.

Open http://localhost:8080 in your favorite browser.

Building the project for a release

Use the gulp build command to build a static version of the website to the "dist" folder. This will prepare all the site assets and optimise them to be hosted in an AWS S3 storage bucket.

I am hoping that this project will be a fun place for open source newcomers (like myself). Feel free to take a look at the issues or come up with your own improvements for the project. I am happy to review pull requests and I can answer questions you might have.

Key places to look if you want to update something in this project:

Any pull requests that get merged into master will trigger a build of the website. This build will get published to AWS and will be hosted at https://r6counters.com/ after a day.

Thank you to all the contributors to R6 Operator Counters.

View our humans.txt file with more info about this project's contributors.

A website with a graph visualisation of how operators counter each other in Rainbow Six Siege.