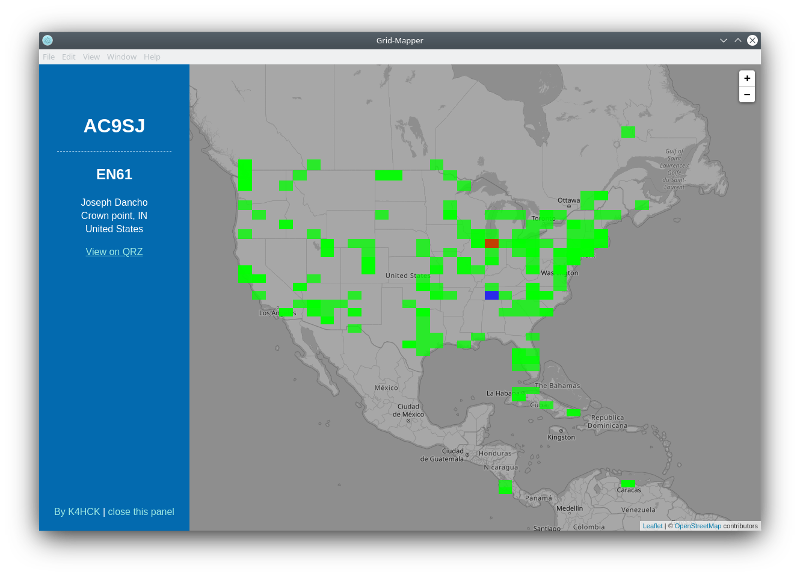 Release v1.1 brings the addition of displaying worked grids on the map.

Head over to the releases page for download options.

Grid Mapper is designed for the casual FT8 user. It's primary function allows the operator to quickly see where the station being worked is located and easy access to that station's QRZ info. This solved a personal pain point of mine that involved lots of manual typing of callsigns and grid squares into various websites to get the same information.

If you have feedback, drop a note in the Issues section or find me (K4HCK) on Twitter @HamWeekly.