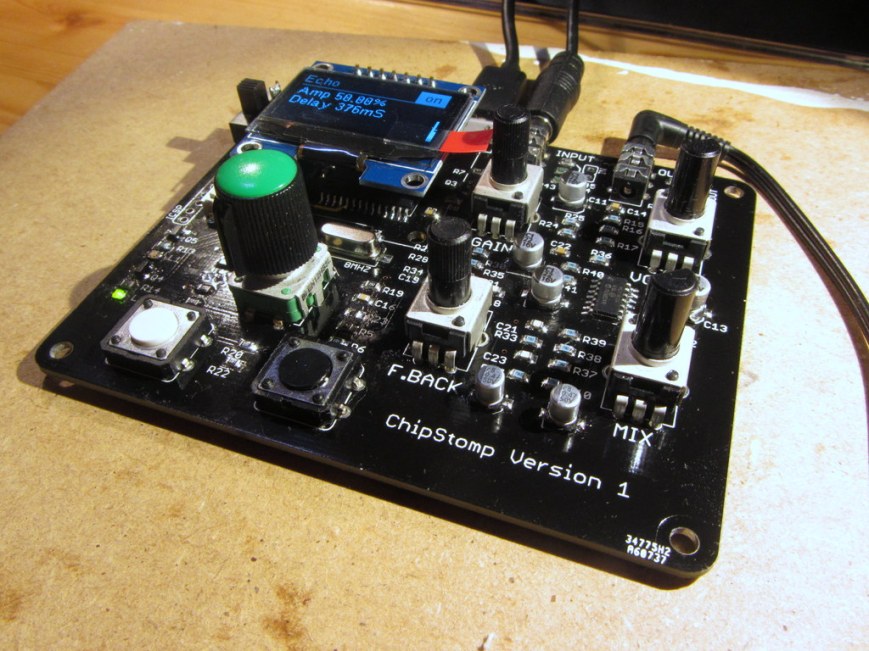 This is a digital guitar effects pedal based on the Arduino compatible Chipkit DP32 platform. The project is a merging of a ChipKit DP32 with an Open Music Labs Stompshield in a custom build PCB.

The Chipkit is an arduino compatible platform powered by a 32bit Microchip PIC processor running at 40Mhz with 32Kb RAM and 128Kb flash.

UPDATE: There is a 3d printable case available for this project. The project is relatively simple in that it limits itself to using the PIC's internal RAM, built in 10bit ADC and utilizes two 8bit PWMs to form a single 16bit output. Also included is a 128x64px 1.3" OLED to provide a nice user interface.

Currently the following effects are completed.

You can have all or just some of these effect running at the same time with each passing its output onto the next effects input.

More information is available on my blog.

Copyright (C) 2014 Matt Casey : catmacey.com This program is free software: you can redistribute it and/or modify it under the terms of the GNU General Public License as published by the Free Software Foundation, either version 3 of the License, or (at your option) any later version.