Sign up for free See pricing for teams and enterprises
Memory Game is a pure command console game written in Pascal in which the player has to memorize numbers.
Find file

Memory Game was my first game created with programming. It was made with the Pascal programming language, back in 2010, after I finished my first semester in the university. It is a pure command console game, and as the name states, you must memorize numbers that will appear one after the other, and type them, one by one, in the correct order to go to the next level. There are a total of 10 levels and 6 difficulties. The game source has almost 7000 lines of code, but it was just because I was still a programming newbie, If I was to rewrite the game code today, I'd say that it wouldn't take more than 500 lines. 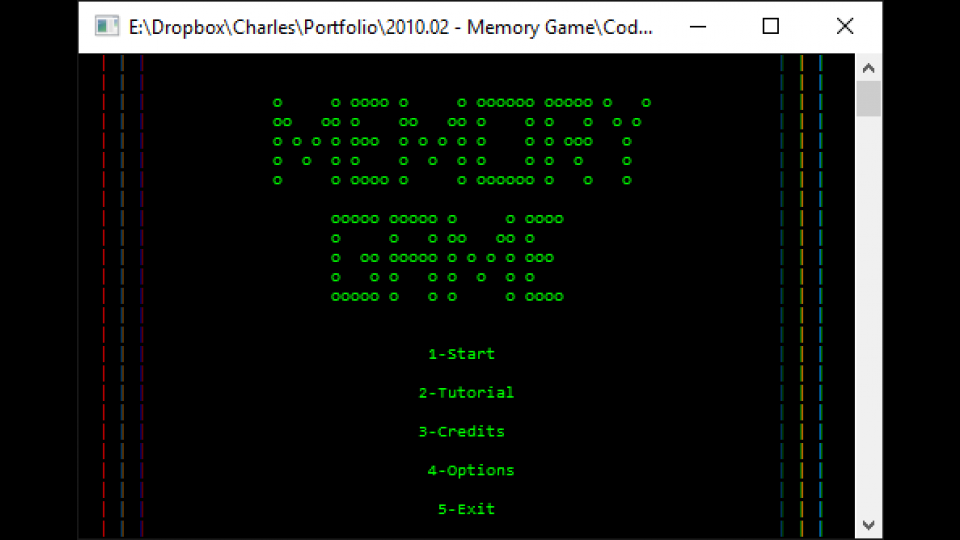 If you want to know more about it, you can check it out in my portfolio.