Clippy from Microsoft Office is back and runs on macOS! Written in Swift.

Yes, Clippy from Microsoft Office is back — on macOS!

Clippy can be moved around (drag with mouse) and be animated (right-click).

The SpriteKit-Framework is used to animate through Clippy's sprite map.

An *.acs file includes all required resources (bitmaps, sounds, definitions, etc.) of an agent. Unfortunately, this project does not support *.acs files, yet. But hopefully in the future — pull-requests are welcome.

Until then, you can convert *.acs files with the "MSAgent Decompiler" by Lebeau Software. This software extracts all resources that we need, from an *.acs. There are a few steps involved.

Will be used to merge single *.bmp sprites into a single 32 bit PNG-file.

Will be used to convert *.wav-files in RIFF format to MP3 files.

Included in this project is a converter called agent-converter.sh. This tool takes opaque BMP sprites, removes background colors, puts them together to one big transparent PNG file and converts all sounds to MP3.

AGENT_PATH path to decompiled agent directory. NEW_NAME should only include lowercase letters.

After the conversion step, you will get a new folder called NEW_NAME.agent.

Inspiration was taken from:

Graphics were created by Microsoft.

Watch the Unauthorized Biography with Steven Sinofsky, if you're interested in Clippy's history! 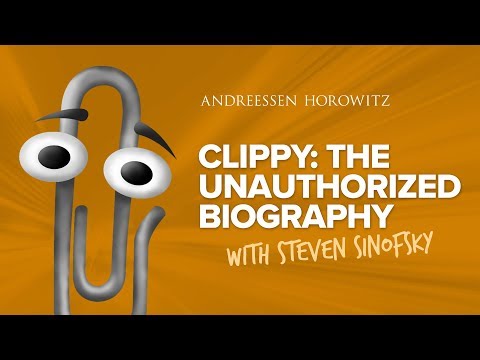 Clippy from Microsoft Office is back and runs on macOS! Written in Swift.

It looks like you're updating an application. Latest
+ 1 release