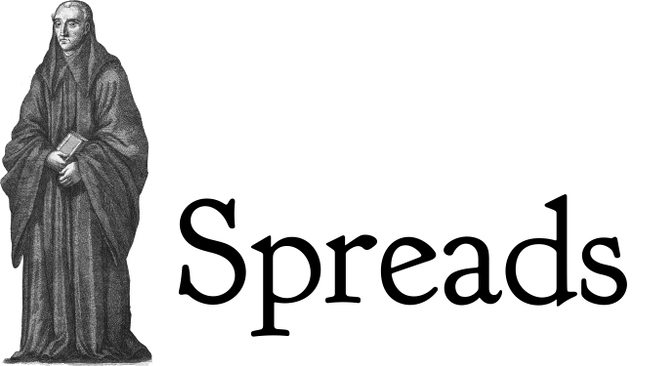 spreads is a software suite for the digitization of printed material. Its main focus is to integrate existing solutions for individual parts of the scanning workflow into a cohesive package that is intuitive to use and easy to extend.

At its core, it handles the communication with the imaging devices, the post-processing of the captured material and its assembly into output formats like PDF or ePub. On top of this base layer, we have built a variety of interfaces that should fit into most use cases: A full-fledged and mobile-friendly web interface that can be served from even the most low-powered devices (like a Raspberry Pi), a graphical wizard for classical desktop users and a bare-bones command-line interface for purists.

As for extensibility, we offer a plugin API that allows developers to hook into almost every part of the architecture and extend the application according to their needs. There are interfaces for developing a device driver to communicate with new hardware and for writing new postprocessing or output plugins to take advantage of a as of yet unsupported third-party software. There is even the possibility to create a completely new user interface that is better suited for specific environments. 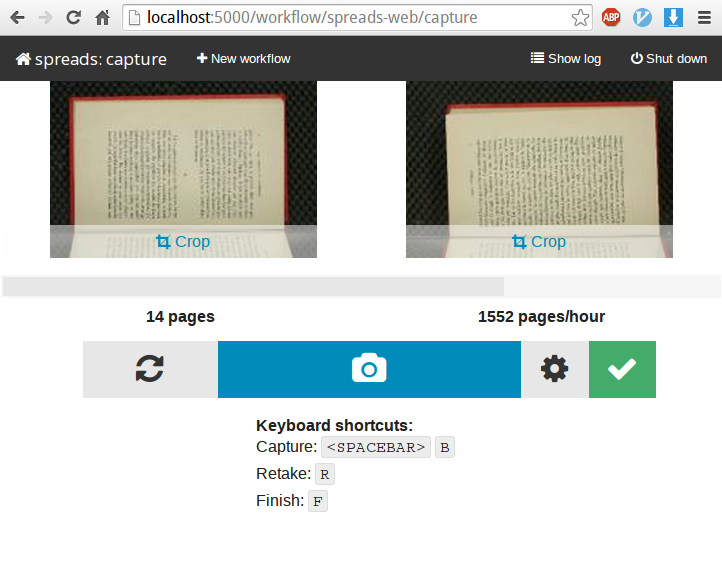 The interface with the most features. You have the choice between three modes: scanner, processor and full. The first is ideal for slim scanning workstations that just deal with the capturing of the images and little more. From it, you can transfer your scans either to an USB stick or another instance of spreads running in one of the other two modes (all from your browser!), where they will be post-processed. It is currently the only interface to support cropping during capture and on-the-fly changing of settings during capture. 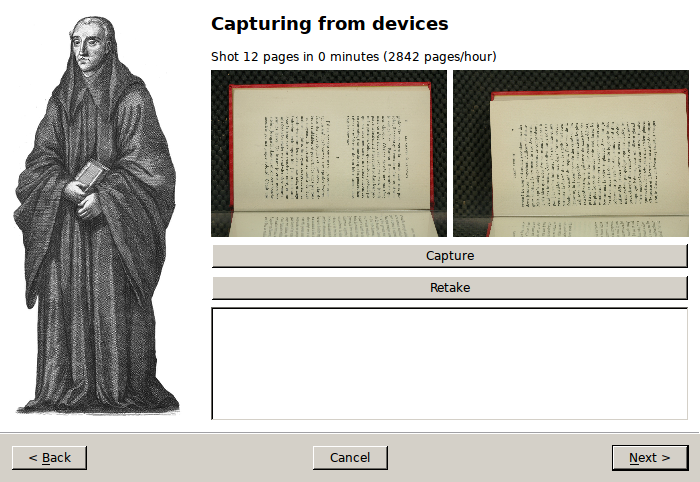 A graphical wizard that guides you through every step, from setting up the devices to postprocessing the images

A text-only command-line interface that exposes each step as a subcommand. Ideal for controlling a scanner over SSH and for command-line fetishists.

You can find the detailed manual for users and developers at http://spreads.readthedocs.org

Please note that it is currently woefully incomplete and partially out of date. If you want to help with it, please get in touch!