Effective is open source software for effectively organizing groups and individuals to achieve a shared mission.

At its core, Effective is end-to-end encrypted task management software designed to facilitate mass collaboration/coordination, and that has a number of unique features.

The short-term goal is for Effective to enable participants to: create a project with a name and mission, create a hierarchy of tasks that build up to the achievement of that mission, invite others by URL (without requiring invitees to hand over their email address to the server), optionally invite others into specific roles (with a title and associated task list), ask for help or clarify the assigned tasks in per-task chat rooms, attach files and documents to tasks, get summoned when relevant events occur (e.g., when you are assigned a task, or when mentioned), receive social recognition for contributions (via karma points), and assign tasks to other projects in this ecosystem in order to harness its collective expertise and desire to change the world.

Effective can be used for a great many things. But we, its creators, have certain interests. Specifically, we are focused on organizing activists, non-profits, and projects tackling grand challenges in order to help solve serious problems we face as a society and fight for a better future for all.

In addition to fighting for this more prosperous future, we aim to confront and correct, via an energetic, global network of forward-thinking individuals, the injustices imposed on society by criminalized institutions the world over.

See the next section to learn more about what else makes Effective unique, or look below that for how to run or contribute to the software yourself.

The software that makes up Effective has 2 major features/components: task management and secure chat.

The Interplay Between Chat and Task Management

Each project has many associated tasks. Each task has its own LeapChat room attached to it for discussing the details of what should be done, how best to achieve that task, etc.

Aside from the unique aspects mentioned above, here are some features that differentiate Effective from other task management-centric software:

When you have a non-trivial number of people participating in a project, they're not going to know each other's skill sets, and therefore won't know who they should assign a task that they think someone should complete, or that they personally need done as a sub-task of whatever they are working on.

Other task management systems do not scale in the ways we need them to.

In Effective, when a new task is created and the skills necessary to complete it are specified (by tag), participants within that task's project who have all of the requisite skills will be notified and asked if they'd like to be the assignee. (Users will add their skills to their respective profiles so that this pairing can occur.)

We'll also build in skill-based recruitment that lets users request help from users who are on the same server as the project you're recruiting from and who have opted into creating a server-wide profile that includes their skills and interests.

Assigning Tasks to Other Projects

Other systems think it terms of teams. What is a team? A small group of closely-knit people who know each other's names, skill sets, and so on. But a team is also a silo cut off from the rest of the world.

Effective does not see the world this way. By enabling projects to assign tasks to other projects, we are enabling a federation of politically-aligned organizations/groups/projects asking each other for help, perhaps specializing within the ecosystem, and offering their unique talents and knowledge to other projects with whom they partner.

Volunteers are flaky. Someone will often volunteer for a task, or otherwise have a task assigned to them, and not do it.

When a task's assignee hasn't made recent progress, Effective will either ask the task's creator or reviewer if they want to ask its assignee for a status update, or Effective could automatically, periodically ask for said updates from assignees without first asking the reviewer if these messages should be sent out. But the interesting part is: an unresponsive or otherwise seemingly not-working-on-the-task assignee can be given, say, 24 hours (or a dynamic amount of time depending on the "velocity" of the project, which we can measure by tracking changes in the task phases) to respond or to make progress or do something, after which, if nothing is done, our software can automatically reassign this task to, say, the last person who logged in who has all of the skills required by the task, or to the person with the most karma points with all the requisite skills, or to the person who invited the current assignee to the project in the first place, or some other auto-calculable variant.

...and in writing this, I realize that the tasks's reviewer, not just assignee, could be auto-reassigned in the same fashion if a task is finished but the reviewer doesn't mark it as done for some period of time.

(This feature partially exists for chat, not yet there for task management)

For private projects, tasks will be encrypted, in which case the server will not be able to see the title, description/deliverables, etc of a task in unencrypted form, just its relation to other tasks, the username of the assignee, and its status (e.g., "WorkingOn").

The encryption library we are currently using is miniLock, which has undergone a thorough security audit by the venerable Cure53. miniLock enables us to deterministically generate a passphrase from (1) a username and (2) a passphrase. From the user's perspective, they will sign into Effective as they would sign into any other website or app (other than us requiring a stronger password), but in this case we are generating a keypair for that user, which JavaScript running in their browser (and, later, their native app) uses to encrypt and decrypt content.

Each private project is associated with 3 top-level passphrases, each of which used to generate a unique keypair using miniLock. That passphrase is generated in the browser/on the device of the user who created that project. When some other user is invited to a private project, the invite includes a passphrase that can be used to decrypt an encrypted copy of the top-level-key-generating passphrase (using the same technique as miniShare, which we also built, and that has been launched at https://minishare.io), depending upon which permissions level they were invited at.

Effective is all React on the frontend and Go + Postgres + PostgREST on the backend. (Eventually we will add TypeScript type annotations; contact @elimisteve if you would like to help with this!)

The strategy: write React code once, begin on-boarding users into a web app version of Effective ASAP, make a bunch of improvements based on user feedback, add various features, then reuse 80% of that code to build a React Native version for Android and iOS, and also a native desktop version using Electron. And then we'll have a 3rd party security audit done.

Do not yet expose this server software to the world without at least setting REACT_APP_BASIC_AUTH_USERNAME and REACT_APP_BASIC_AUTH_PASSWORD in .env, and even then everyone who possesses those credentials can do anything to the database; we have yet to add proper accounts/authentication, which we're doing via a combination of cryptographic auth and PostgREST's JWTs (JSON Web Tokens). Hang tight!

If you're trying to run Effective on an Ubuntu server that does not already have Go installed, then just run this one command:

You'll be asked to type in your sudo password, then to type two other commands, but after that, Effective should be running on your system!

If you're on Linux or macOS and if don't already have Go version 1.8 or newer installed ($ go version will tell you), you can install Go by running:

Then grab and build the effective source:

If you don't already have Postgres 9.5 or newer installed and running, install it with Homebrew:

Effective should now be running on http://localhost:8081!

Linux Instructions (for Ubuntu; works on Debian if other dependencies met)

If you don't already have Node 8.x installed (node --version will tell you the installed version), install Node by running:

If you don't already have Postgres 9.5 or newer installed and running, install it by running:

Effective should now be running on http://localhost:8081!

Same as the Linux commands above, with two modifications.

To send email notifications to users, run EffectiveMail as instructed in its README.

We use a combination of Prettier and Eslint. Prettier is an opinionated code formatter but does not care about code-quality rules. It only concerns formatting rules. This is why we use Eslint for code-quality rules but not for formatting rules. Read more about the difference between linters and Prettier here: https://prettier.io/docs/en/comparison.html. Not ever do we want formatting rules in the .eslintrc configuration file. Not implicitly or explicitly. To make sure of that we have a NPM script called verify-eslint-rules (npm run verify-eslint-rules) that gives an error if there are Eslint rules somewhere in our .eslintrc configuration that conflicts with Prettier's formatting rules.

Besides from the script generated by create-react-app (npm start, npm test, npm run build and npm run eject) we have several custom scripts as well:

We are in the process of integrating with Hypothesis, the web annotation platform, so that our users can coordinate crowdsourced investigative resource more effectively. 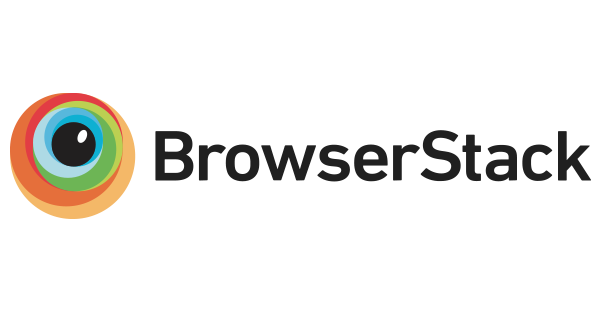 We use BrowserStack to ensure the cross-browser compatibility of Effective on both mobile and desktop. Thank you BrowserStack for sponsoring us!

Effective began its life as a fork of the original Pursuance code base. Both forks were started by @elimisteve.