Cargo plugin for generating a listing of all of the crates used by a root crate, and the terms under which they are licensed.

Generate license information for your own project

Priority list of all the accepted licenses for a project. cargo-about will try to satisfy the licenses in the order that they are declared in this list.

A list of targets that are actually building for. Crates which are only included via cfg() expressions that don't match one or more of the listed targets will be ignored.

If true, all crates that are only used as build dependencies will be ignored.

If true, all crates that are only used as dev dependencies will be ignored.

Sometimes libraries include licenses for example code that you don't want to use.

Preview of the default about.hbs 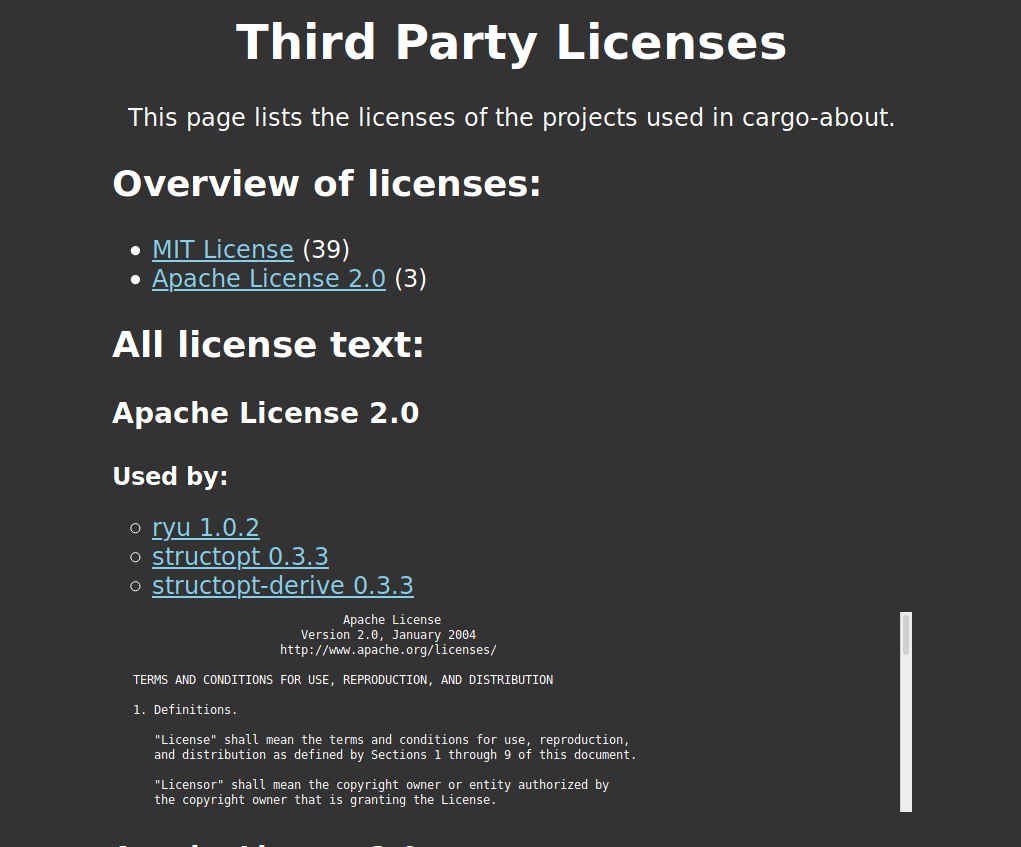 You can view the full license here

Unable to satisfy the following licenses

In this case you are missing either MIT or Unlicense as an accepted license in your about.toml

We welcome community contributions to this project.

Please read our Contributor Guide for more information on how to get started.