The Minesweeper game, implemented in Python

The Minesweeper game, implemented in Python. 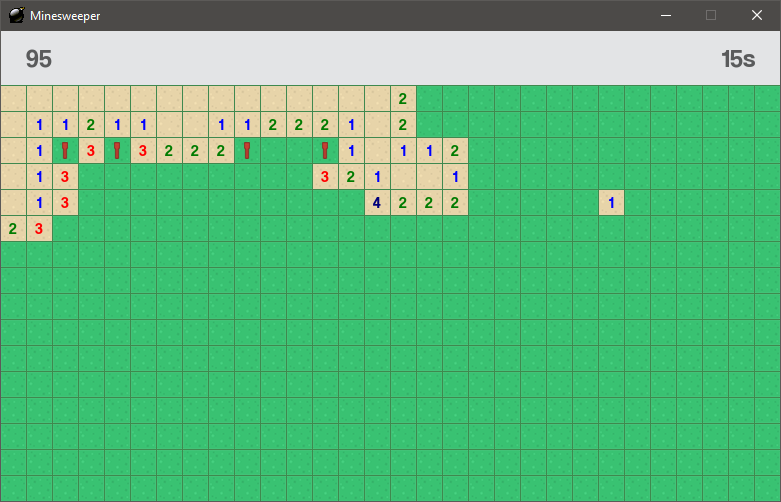 The Minesweeper game, implemented in Python