A true WordPress theme with the guts ripped out and replaced with Vue. Looking to create a Vue-powered WordPress plugin? I've got a starter for that too!

Who's this for? When I started diving into using Vue in WordPress I found plenty of great starters for headless WordPress, but I had the added constraint of needing to run the front and backend on the same host, thus this project was created. 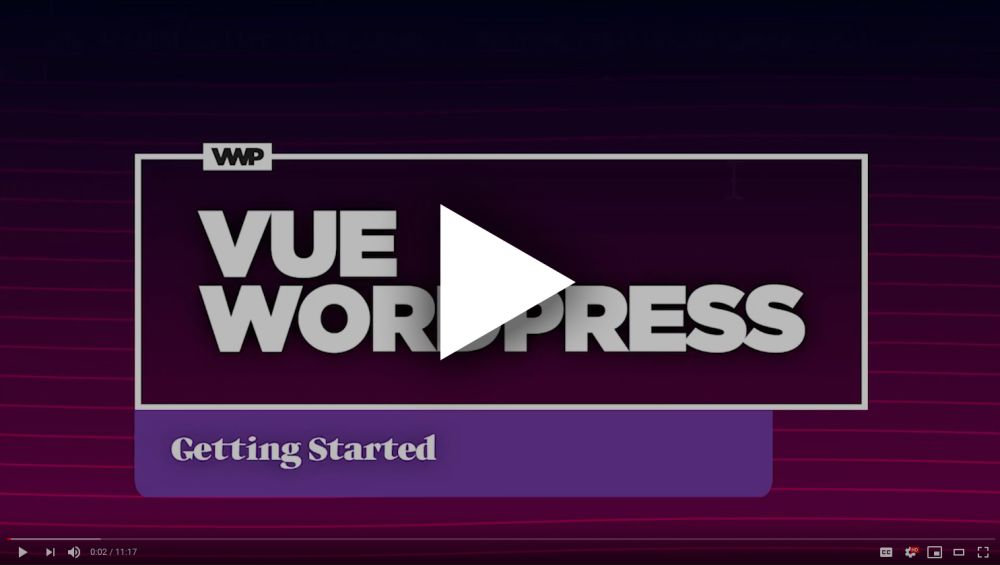 Since by default Tailwind completely resets all styles/spacing, there are a few initial styles I've provided in src/assets/css/_tailwind.css to make things appear more like you'd expect. Modify to your liking!

All of the code you're going to edit is located in /src/. From there it's broken into a few logical directories.

All scripts and styles in /src are compiled down to the /dist directory, which is what you will deploy. When you're ready to deploy don't deploy the src/ directory.

Not sure where to begin? The Vuejs documentation is actually amazing, but if you're looking for video training I highly recommend the free Learn Vue 2: Step By Step course over at Laracasts. There's also a great playlist by Academind available on YouTube that covers pretty much everything you'd want to know about building a fully-featured Vue app.

I've created a couple of example components in src/components/widgets to give you an idea of how to work with the Vuex store data.

If you're new to Vue/Vuex I would do the following:

The first thing you're probably going to want to do is start editing and components in src/components/.