Reading about Pokémon is one thing, knowing about the 700+ different ones are another. How about an easy to understand chart to break down what types of Pokémon that exists? Or your own Pokedex? Even better what about an amazing simulated battle to watch two Pokémon fight each other.

Welcome to PokéDash, the dashboard that gives you the overview with a dash of fun in! So come and start your own journey!

This was a simple dashboard, but I as a developer found it boring to just have a "Dashboard" they all look the same. Since this was for a well-known game and stats around this, the people should feel right at home. It should feel like they are in the World of Pokémon's.

The whole thing starts with the loading screen with an animated intro from Pokémon Gold. Just as in the game you would have a "Start Button"

Navigating a Dashboard can always be tricky so be sure to see "Professor Oak" and he will gladly explain what Pokémon's are and a bit about the page. This was meant for a rough intro to it for users. Once closed the user will not see this again unless the Poké Dex icon in the menu is clicked. 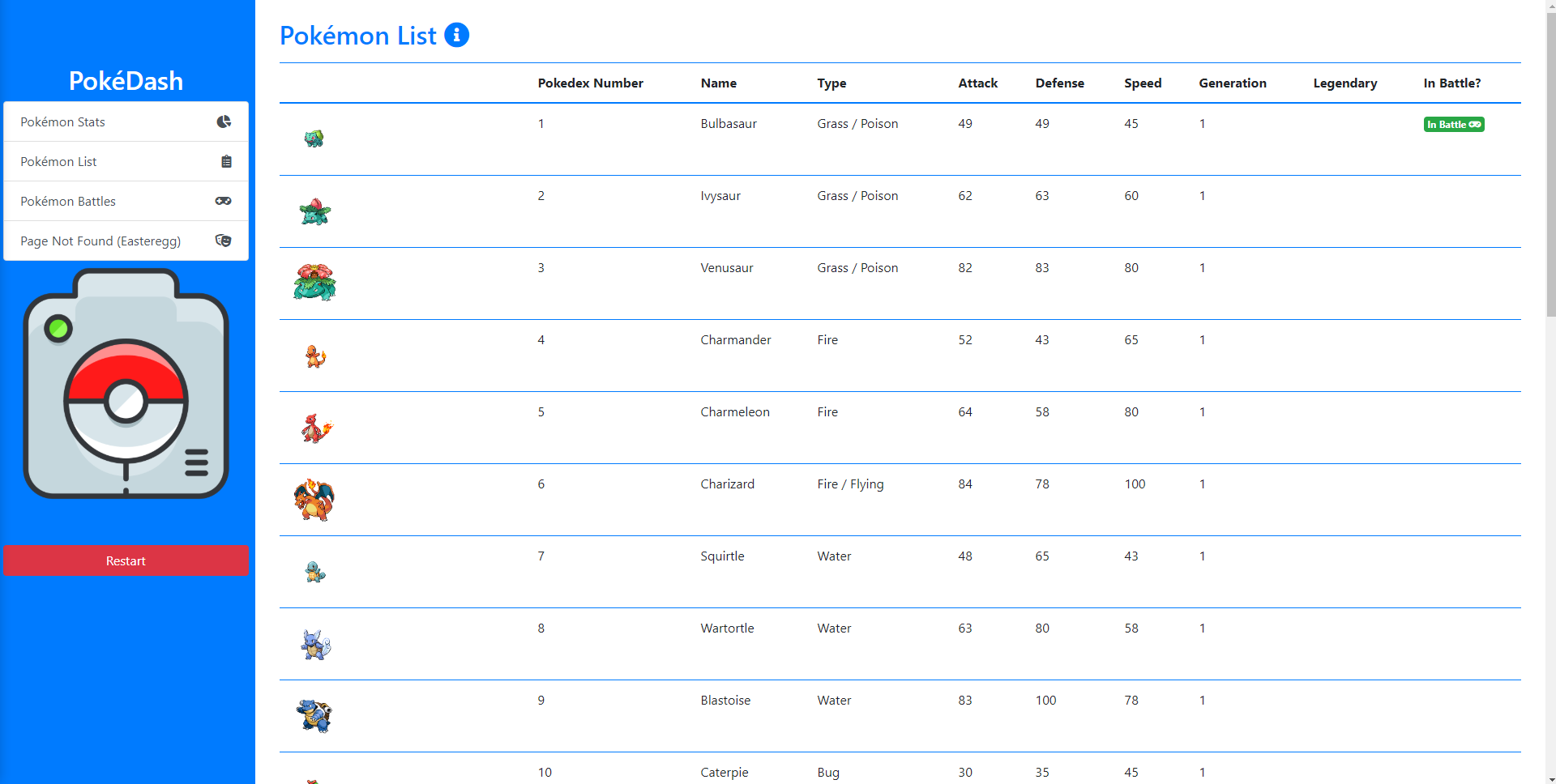 The Pokemon list acts as the Poké Dex, where you can find a small image of each pokemon and some stats about them, this was intended to be looking and styled as a Pokedex, but due to the layout and how the page looks, I felt that this should be more of a table. Though on Mobile a Table can be hard to read, so this was redone to fetch data as small cards for easier understanding and reading on mobile devices. 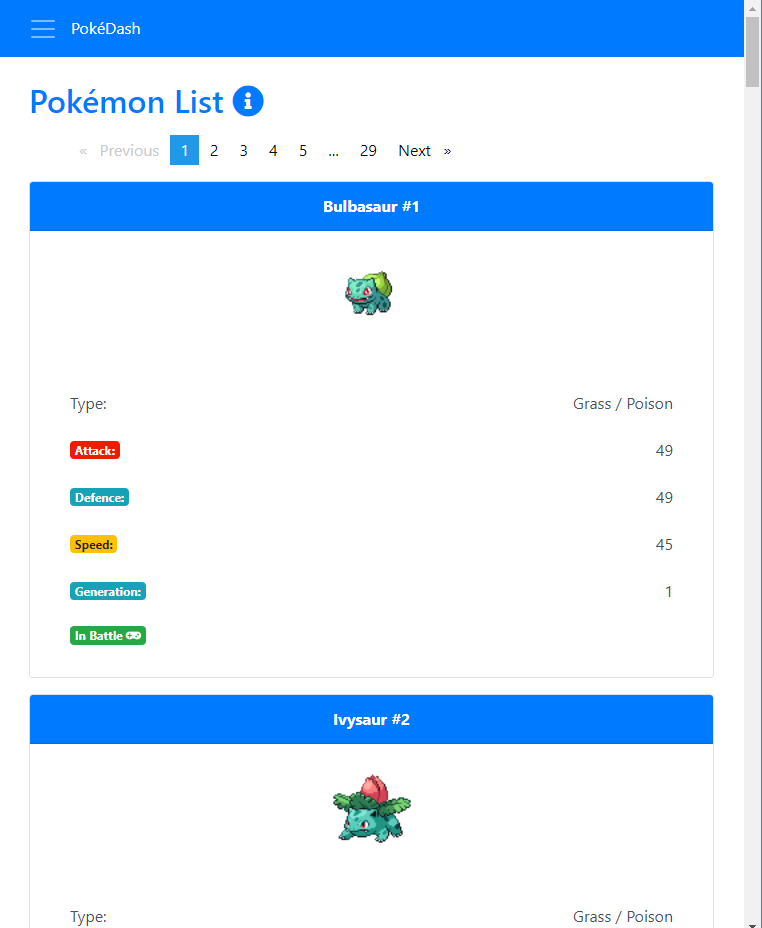 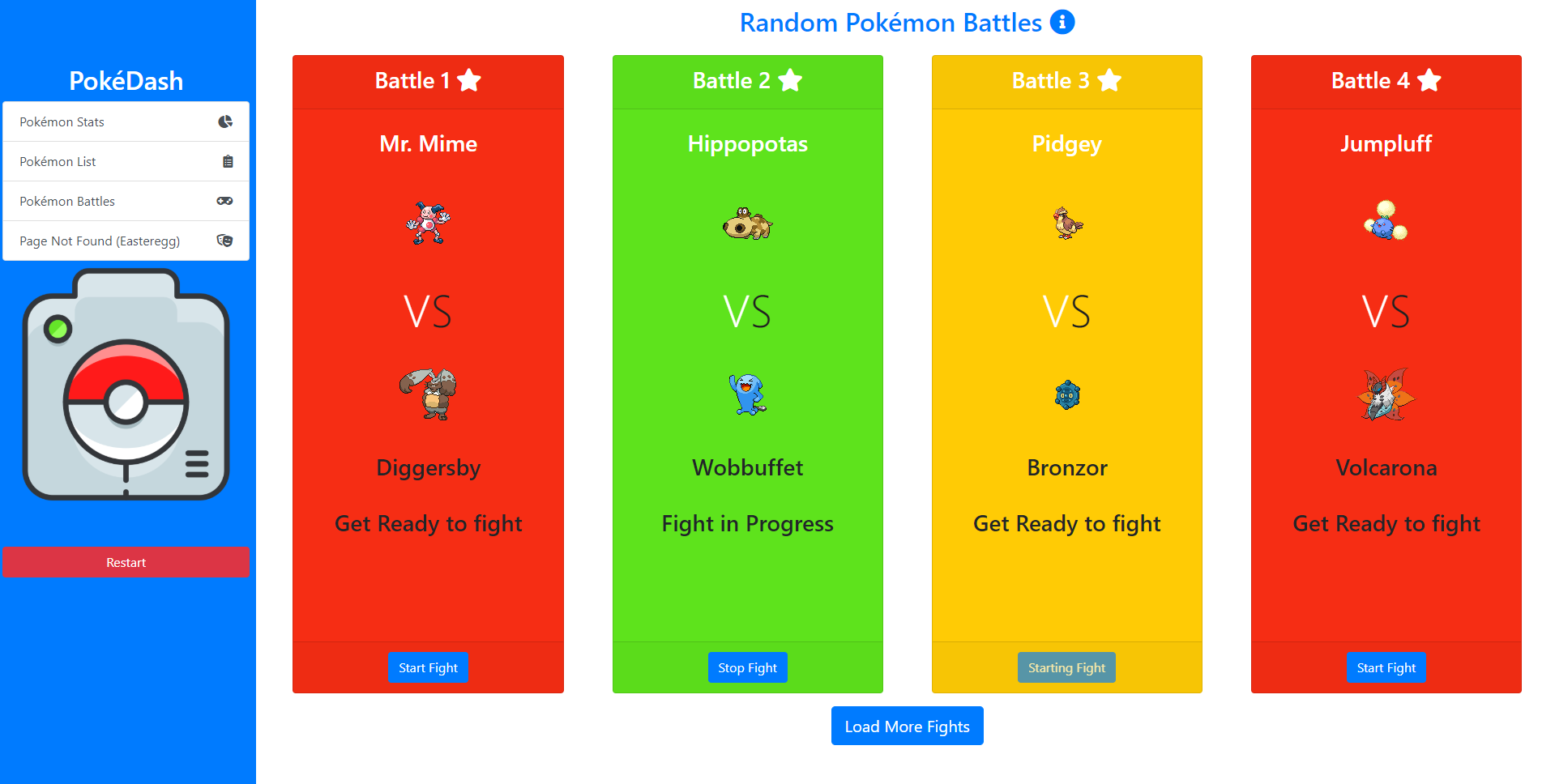 What is Pokémon without a Pokémon Battle! For me, this was a must and for the project a bonus. Some people really wanted this to be the main event with more functionality and this is something I have planned to do at a later stage. It will change colour depending on if it's in a fight, waiting, or not started.

The winner is drawn by random by rolling a dice between 0-10.

Again for mobile "cards" were used for simplicity and the way it's easier for a user to consume. 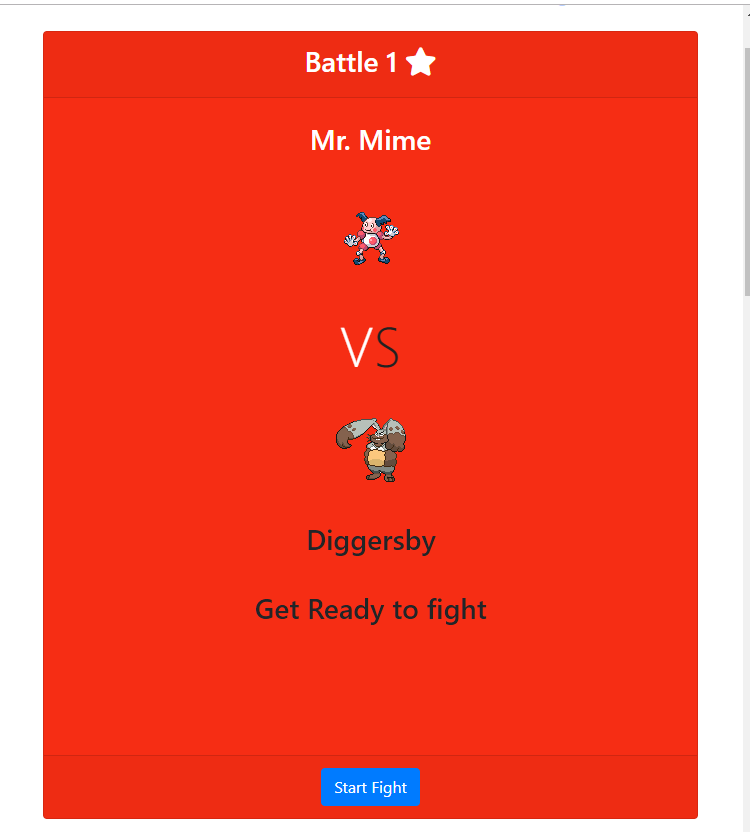 I always love good 404 pages, they are supposed to be fun but still have a meaning for the user. This will ruin the surprise with a screenshot so please do visit our the live demo here

If you do not have adobe XD installed you can have a look at the wireframes live on this page. There is also attached a PDF file for those that want to look at it that way.

The course teaches and goes into the dept of TDD and writing automatic testing. I'm a person that loves the challenge of searching then test and write code. So I admit that writing a lot of TDD has not been the biggest but I wanted to give it a go.

I wrote a quick and simple test to see if we can get a response with content_type="application/json" and a response code of 200. This test should simply check that the route is correct and that it will give you the correct data back.

You can run the unit test by executing the following:

Note: If you are in the folder api you can simply run

I'm fairly certain that I have done a lot of tests. So for manual tests, we have tested the following

I had some issues regarding the battle, where the help text would not update. This was simply because I forgot to rename the help text in battles.component.ts this was fixed at a later date but now updates correctly.

User Story: The user would start a battle and the help text would be Get Ready to fight. The user then would start the fight and the text would change to Fight in progress, once the fight was completed it would say Please stop the Fight to continue. Now the bug would the be that if a user clicked stop it would still display this message. This was fixed in the following commit #d922680

Since the project is built with Bootstrap 4 (Bootswatch) I'm fairly certain things are responsive, though there will always be widths and heights that are uncommon and will "glitch".

The bug here would be regarding ChartJS and the Angular 2 Charts, where it would try to resize itself and go into an infinite loop. I'm currently working finding a solution but trying to delay the resize or change the breakpoint will then cause it to break on a different breakpoint.

There is also a bug where if Bar Chart Legend is enabled it will display undefined, I think the reason for this is that it writes and creates the Legends BEFORE it fetches the data. Sadly I have been unable to fix this, so if you have a way to do this please let me know so this can be fixed. To reproduce the bug or test this:

Sidenote: The project has set up a default database to connect to on developer mode, check Deployment for info on how to create a database etc to connect to.

Since we are using angular for our build it's as simple as running: ng serve in the root folder of the project. This will start our development server on port 4200

Since Angular is built with a mix of HTML, SCSS and Typescript the browser has no clue on how to interpret the languages, so we need to compile this into a web application.

There is no compiling / building for the backend, so you can just continue to read about deploying the backend.

There is a simple but great git command we can use to upload JUST the backend instead of the whole project folder. We can use the power of git and use git subtree to upload and deploy ONLY the API to Heroku you can use the following command.

As we are using mlab to host our database please follow this guide mLab MongoDB | Heroku Dev Center - This will help you set up a database to connect to.

Heroku Environment variables We need to set a secret variable so Heroku knows what database to use.

This tells the server that we are in a production environment and chooses the correct database accordingly.

All this information you can find on mlab Dashboard once you are logged in. You are looking for an URL like the one in this picture.

NOTE: Make sure you set the configurations before you push to Heroku, else you won't get any data back.

After you have built your application you got a few options.

Sidenote: If your using this method make sure you do the following command. This is to make it compatible with GitHub pages.