Software-defined Radio (SDR) and GPS for the BeagleBone Black

An add-on board ("cape") that turns your Beagle into a web-accessible shortwave receiver.

Note: the KiwiSDR PCB design has moved to a separate repository called KiwiSDR_PCB.

KiwiSDR had a successful Kickstarter.

This SDR is a bit different. It has a web interface that can be used by up to four separate listeners. Each one listening and tuning an independent frequency simultaneously. See the screenshots below.

Give the live receivers a try at the links above. You'll need a recent version of a modern web browser that supports HTML5. The web interface works, with some problems, on iPad. But there is no mobile version of the interface yet.

The files of a KiCAD PCB layout of the cape are available. This PCB has been fabricated in production quantities and shipped to over 350 customers. Please email us any comments you have after reviewing the design document above. The active antenna and injector PCBs have been fabricated and are undergoing development.

We wanted to design an SDR that provides certain features, at a low price point, that we felt weren't covered by current devices. The SDR must be web-accessible and simple to setup and use. We also wanted to provide a self-contained platform for experimentation with SDR and GPS techniques.

Most importantly, We'd really like to see a significant number of web-enabled, wide-band SDRs deployed in diverse locations world-wide because that makes possible some really interesting applications and experiments.

Users can purchase just the KiwiSDR board or a complete "kit" consisting of the board, BeagleBone Green (software pre-installed), enclosure (assembly required), and GPS antenna (see here). The software will try to automatically open up an incoming port through whatever Internet firewall/router may exist on the local network, but the user may have to perform this step manually. An antenna solution must be provided. An adequate power supply to the Beagle (e.g. 5V @ 2A) will also be required.

Four channels of audio and waterfall streamed over the Internet 24/7 requires about 30 GB per month. This is a common cap for many residential broadband plans. An automatic dynamic-DNS system is already part of the software so a web link to the SDR is immediately available with no configuration. Of course the system can be configured to only allow connections from the local network and ignore Internet connection requests. 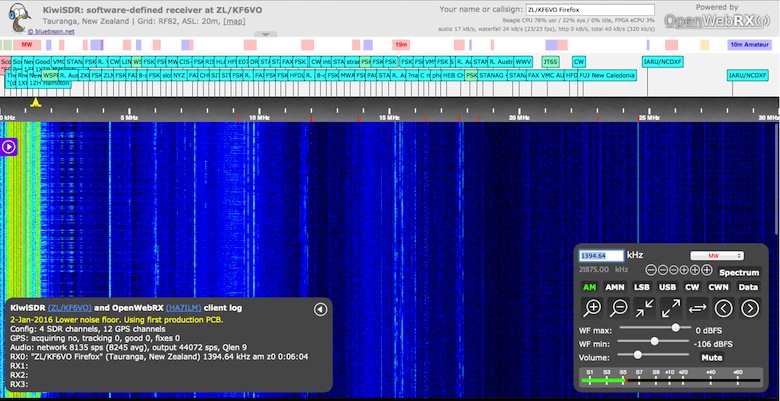 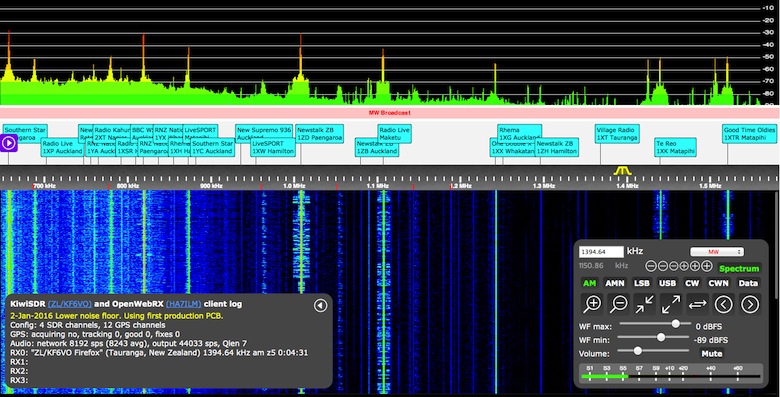 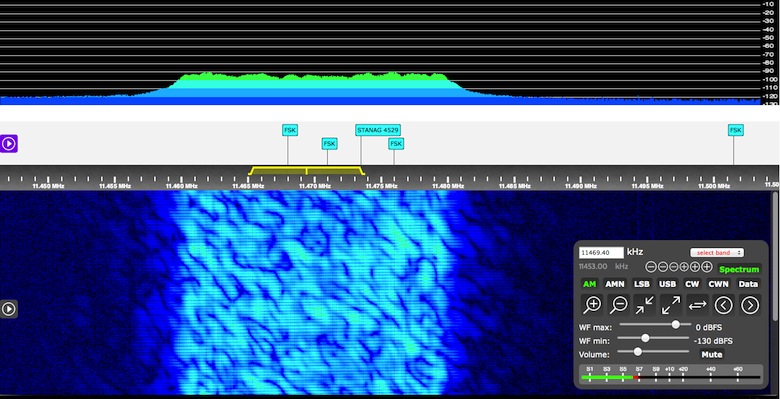 Many others heard during different times and conditions. 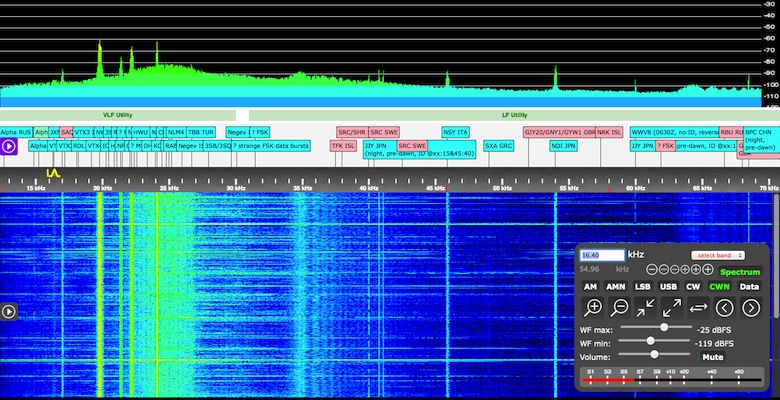