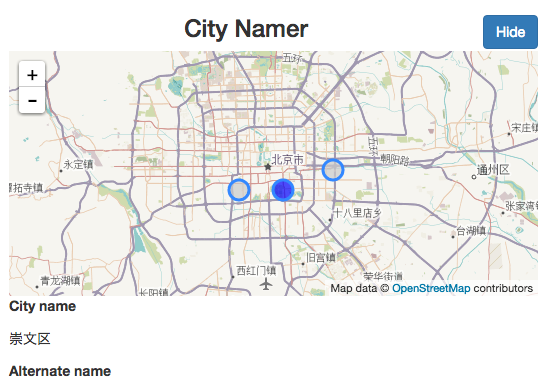 Concept: browse OpenStreetMap and find city names to localize into a target-language.

Current status: loads place=* tags from OSM Overpass API, sorts them, and lets you cycle through them.

Kathmandu is mapped in remarkable detail, thanks to contributions from local and remote mappers, before and after the 2015 earthquake.