Sign up
Automate running Lighthouse for every commit, viewing the changes, and preventing regressions
Find file

Lighthouse CI is a set of commands that make continuously running, asserting, saving, and retrieving Lighthouse results as easy as possible. 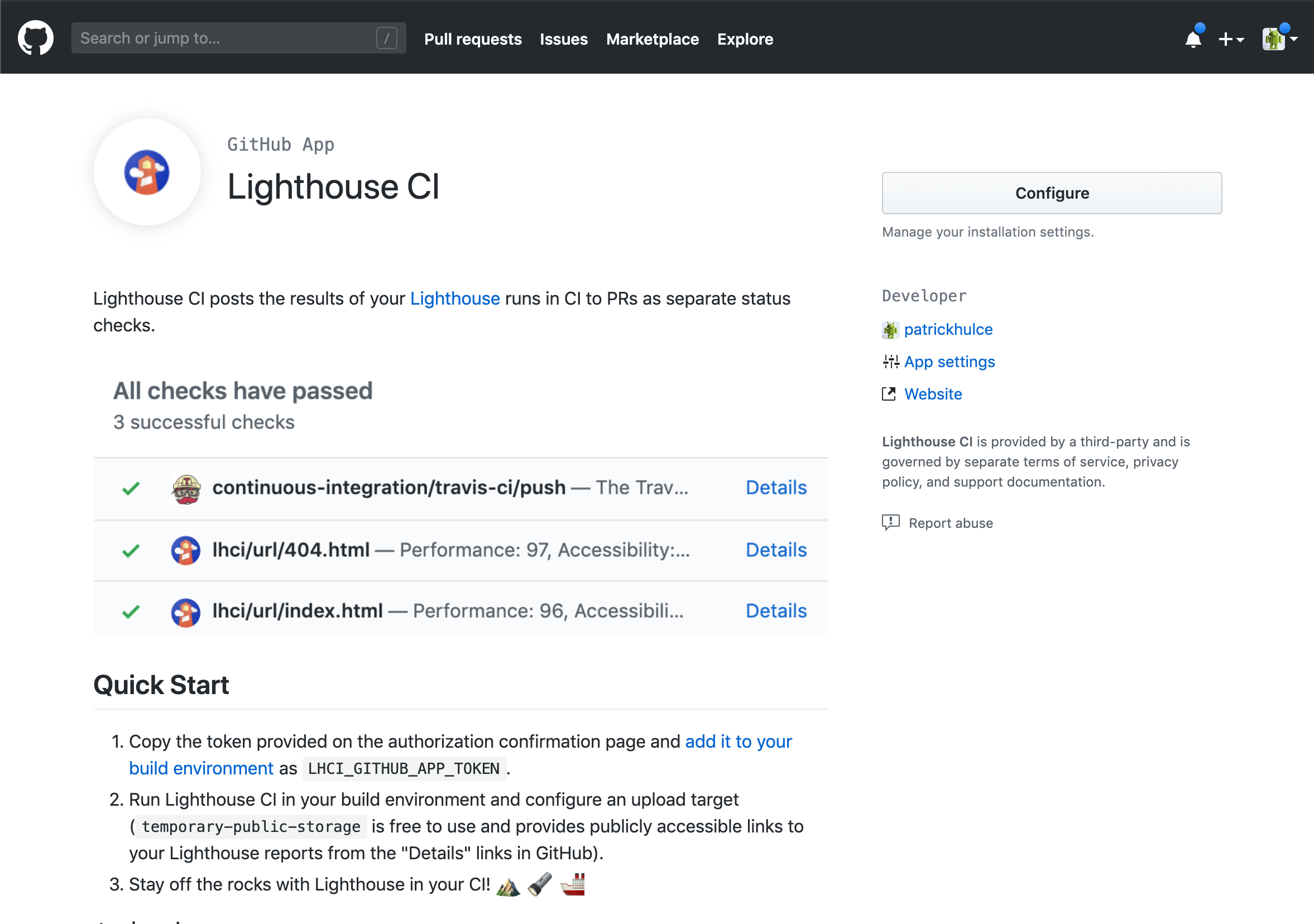 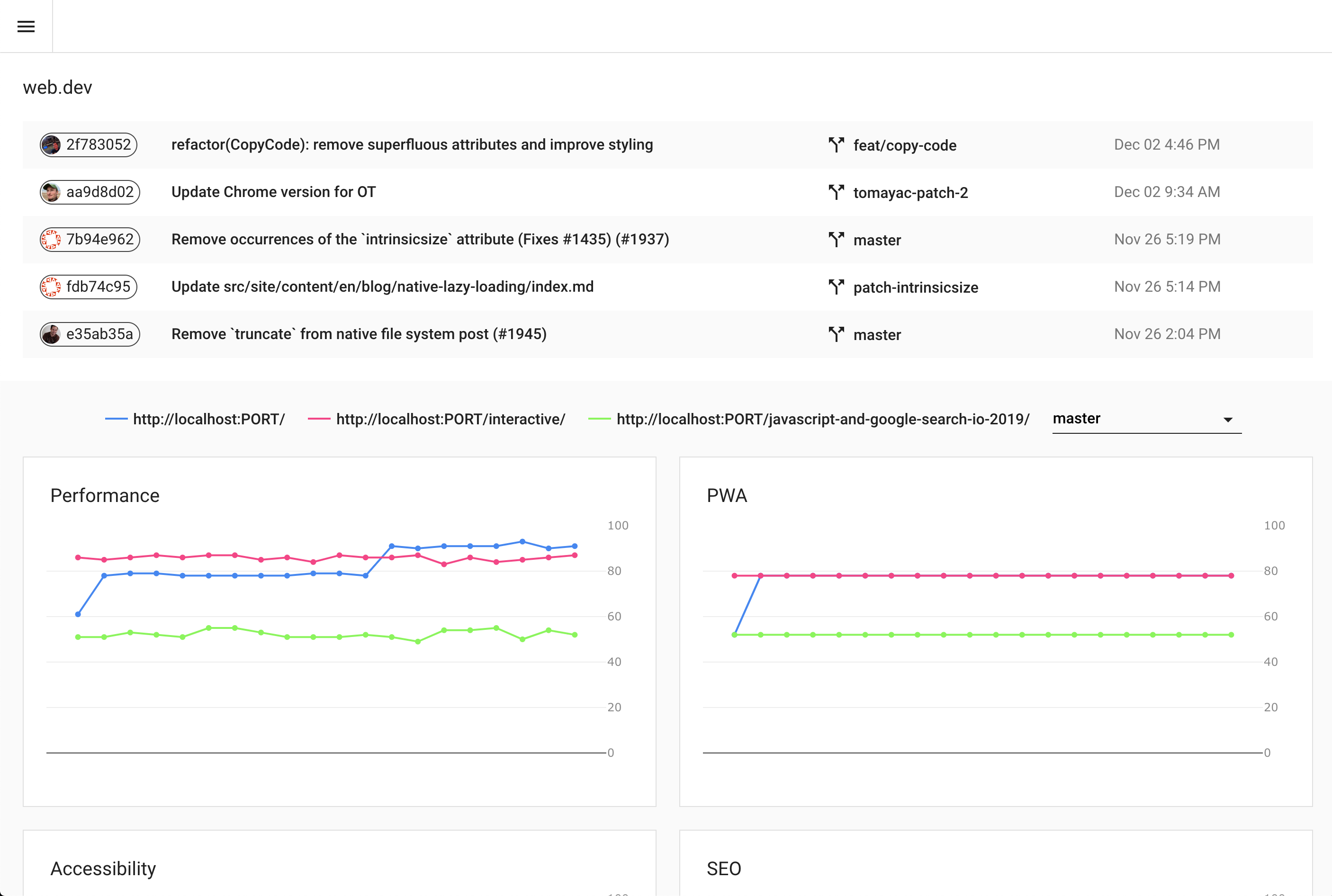 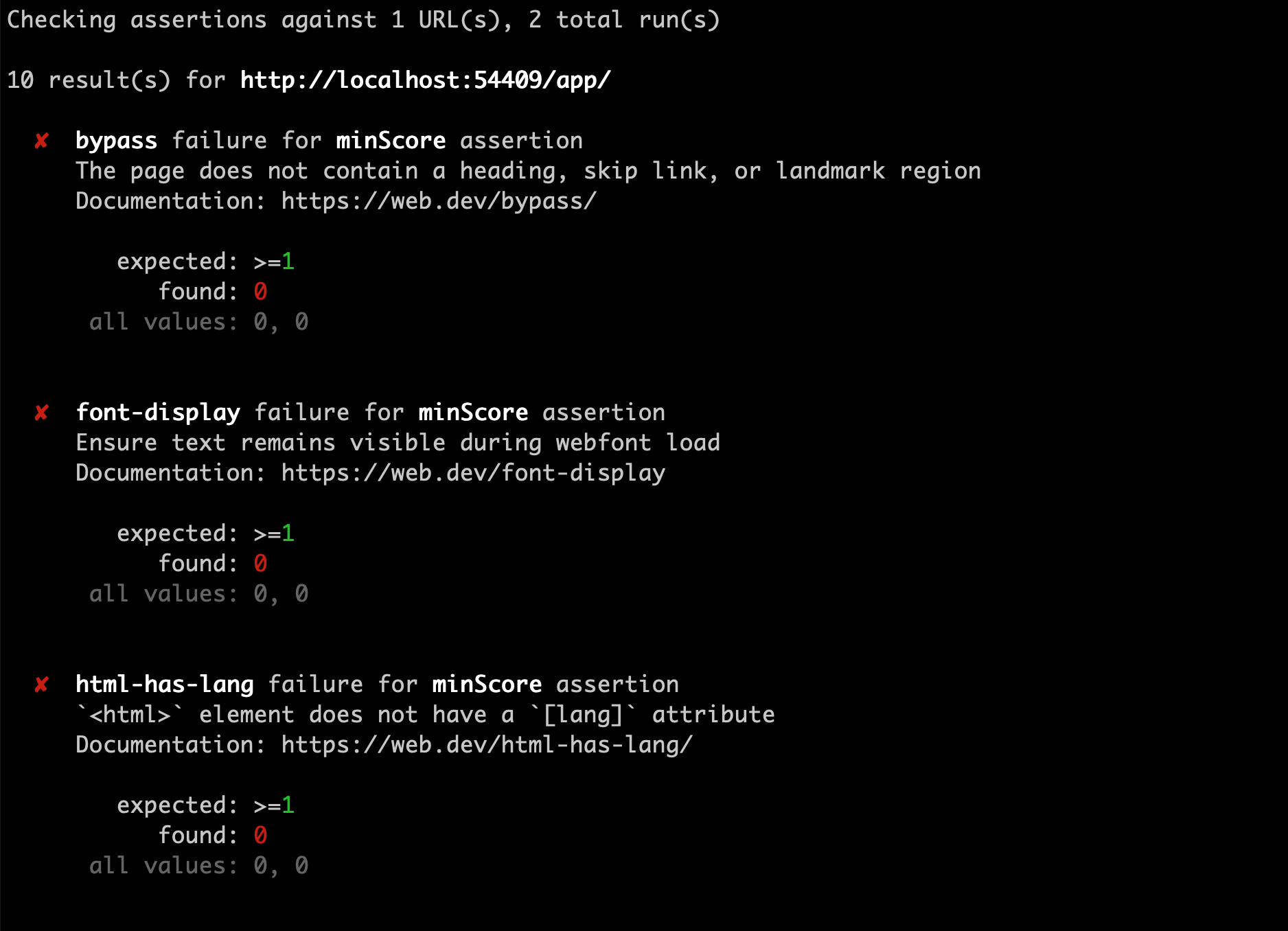 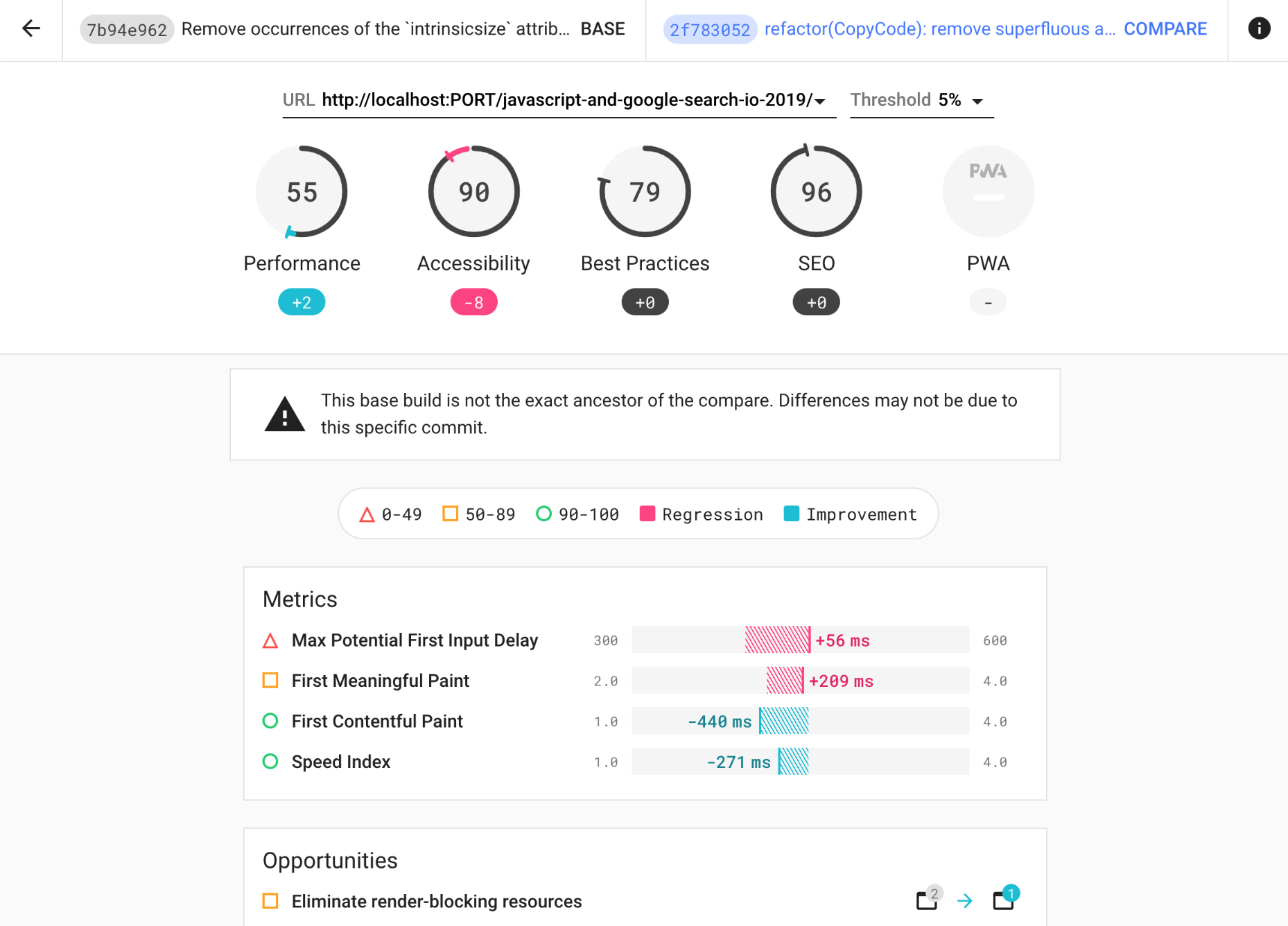 A collection of unofficial blog posts, tutorials, and guides written by the community on using Lighthouse CI.

NOTE: This is not official documentation. You're encouraged to familiarize yourself with Lighthouse CI and read through Getting Started before continuing.