To get up and running quickly, this solution is based on https://github.com/lvthillo/docker-php-postgres/

I figured that since I'm no Docker expert (yet), I should focus on what I know: PHP and Node.js.

For the Node.js + Postgres setup, I used parts of https://github.com/MichalZalecki/docker-compose-node-postgres and modified it to fit with my project.

Except for some struggles with setting up the Docker image for php-app, I'm pretty happy with the end result.

It would have been really nice to get XDebug, Composer and GuzzleHttp working with the php-app Docker image - but those could always be added later on if needed. The most important thing is that the project goals were fulfilled, and in a reasonable time once I finally got time to work on the project.

The project config with two files for secret variables - /node-app/.env and env - is not optimal. But it works for now, and could always be refactored for a project that should be deployed to production.

First, make sure docker and docker-compose are installed. Then run the following to install dependencies and create a local environment.

Visit http://localhost:5050 to inspect PostgreSQL with pgadmin. Default credentials are: 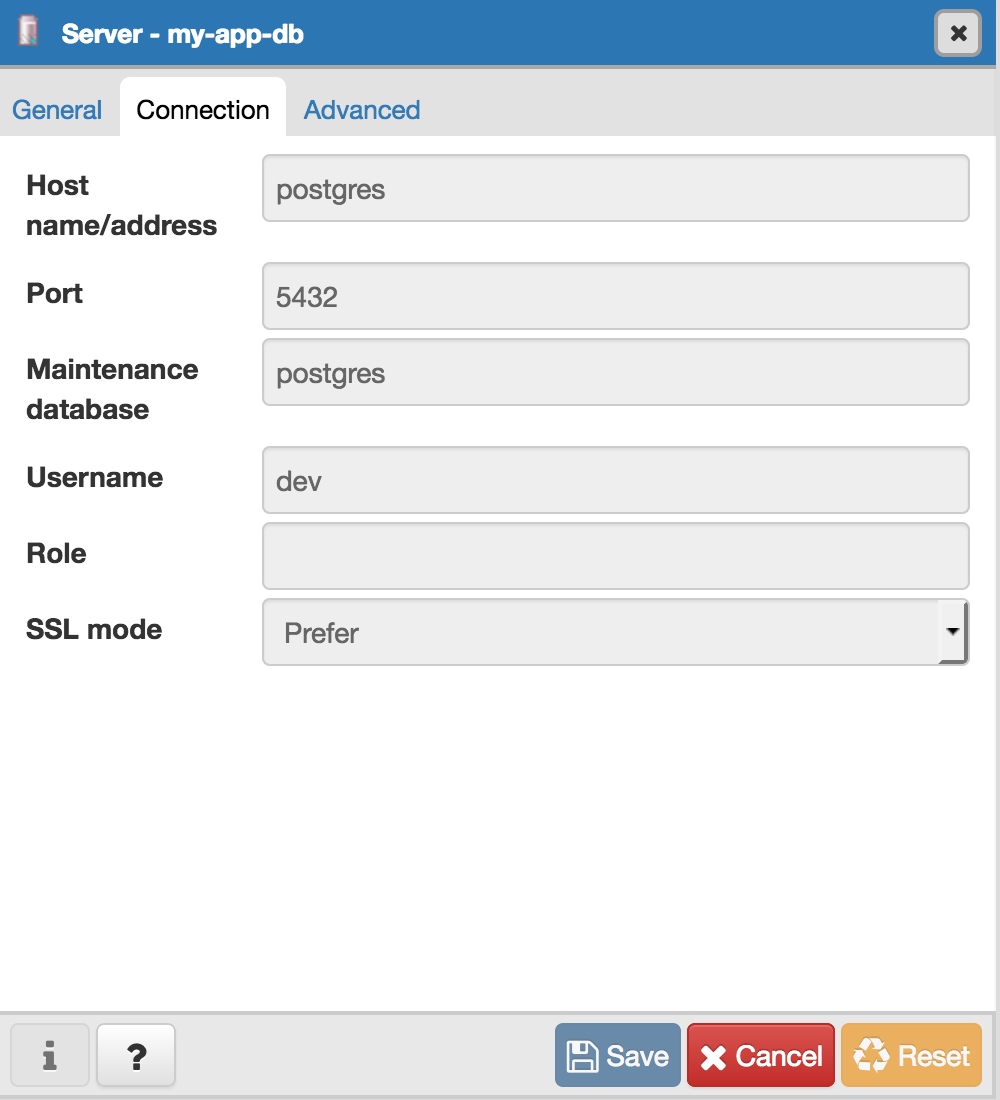 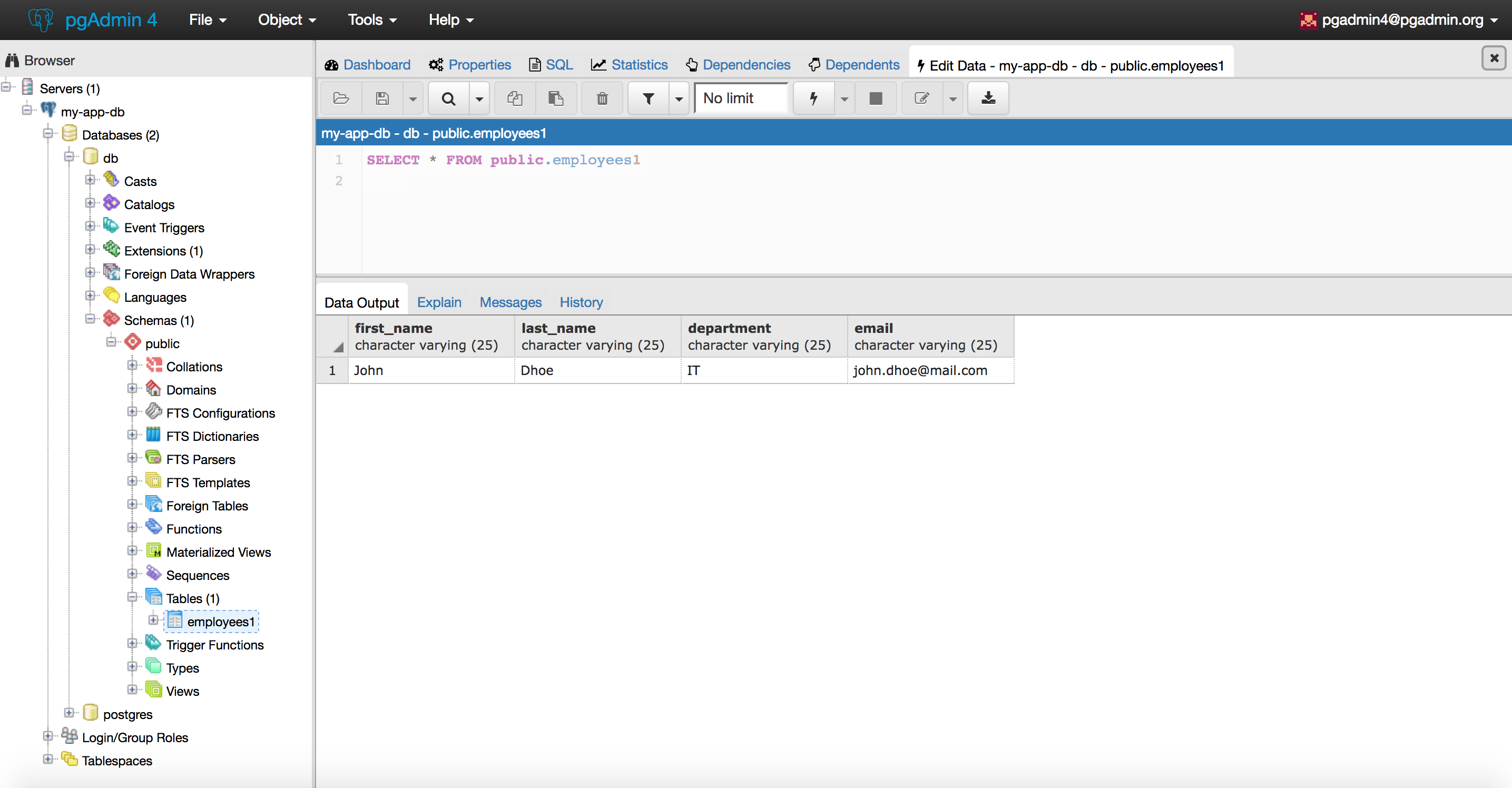 The docker-compose.yaml is very flexible. By editing the enviroment variables inside the file you can define the following: