I challenged myself to see if I could create a voxel game (Minecraft-like) in just one week using C++ and OpenGL, and here is the result

I challenged myself to see if I could create Minecraft in just one week... So lets go!

Note: I continued to edit after the 7 days, however the version seen in the video is found here https://github.com/Hopson97/MineCraft-One-Week-Challenge/tree/eb01640580cc5ad403f6a8b9fb58af37e2f03f0c

There also is a version of this game with very good graphics, and things like a day/night cycle. However, it was causing rendering issues for many people. This version can be found here: https://github.com/Hopson97/MineCraft-One-Week-Challenge/tree/aa50ad8077ef0e617a9cfc336bdb7db81c313017

This was made in a week, as a challenge for a video. There do exist other, more mature and developed Minecraft clones written in C++.

You will need GLM and SFML 2.4.1+ libraries w/headers, and this also requires a compiler that supports C++14 (or newer) with threads.

The first day was spent setting up boilerplate code such as the game state/ game screen system, and the basic rendering engines, starting off with a mere quad.

The day was finished off by creating a first person camera. 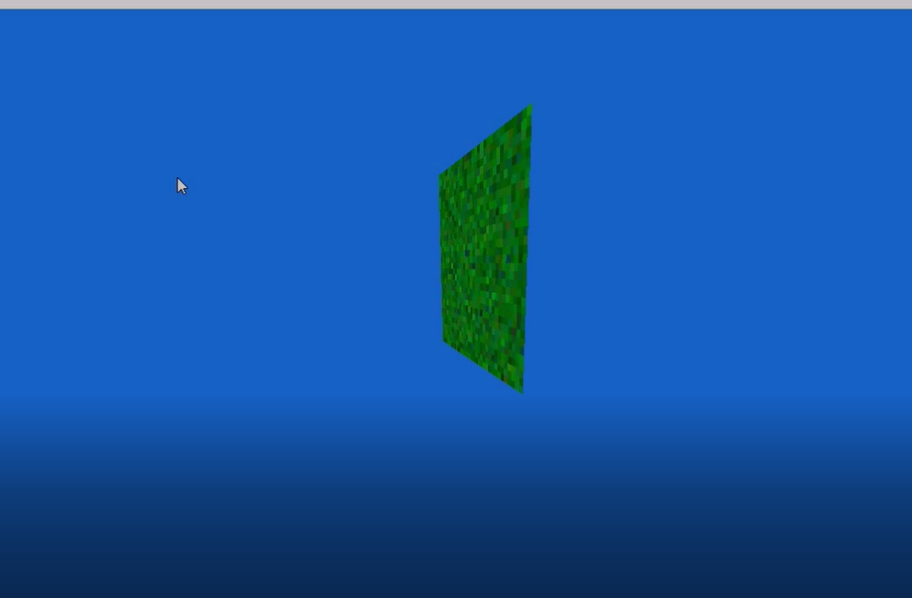 The second day was spent setting up the basic ChunkSection and various block classes.

I also worked out the coordinates for a cube, and thus created a cube renderer.

I finished up the day attempting to create a mesh builder for the chunk; however, this did not go well at all, and two had ended before I got it to work correctly. 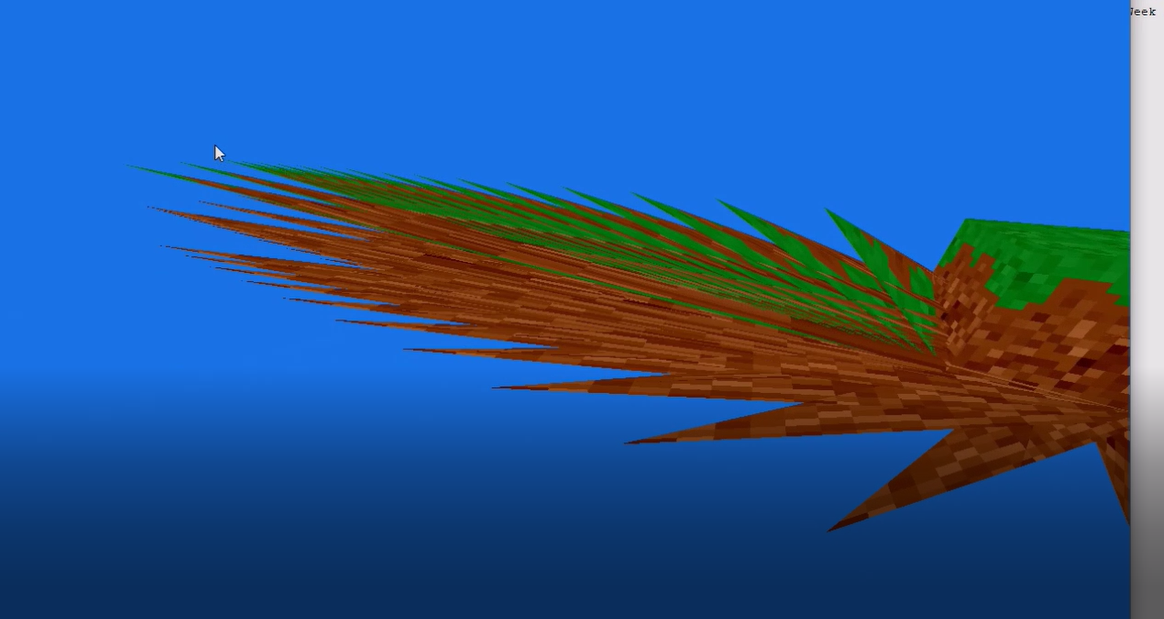 To start the day off, I fixed the chunk drawing. Turns out I was telling OpenGL the indices were GL_UNSIGNED_BYTE, but they were actually GL_UNSIGNED_INT. This took 3 hours to work out...

Anyways, after this I got the game working with more chunks. I now have an area of 16x16 chunks, made out of chunk sections of 16x16x16 blocks.

To finish the day off, I got some naive block editing to work. 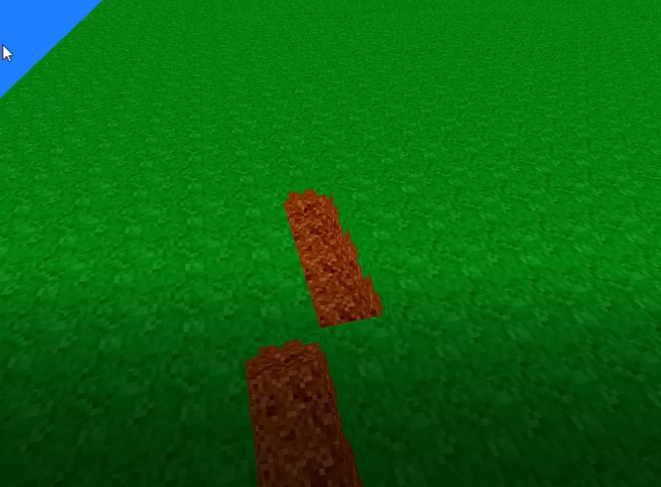 The first thing I did on day 4 was create a sky box using OpenGL cube maps.

After this, I started work on the world generation, eg adding height map and trees. 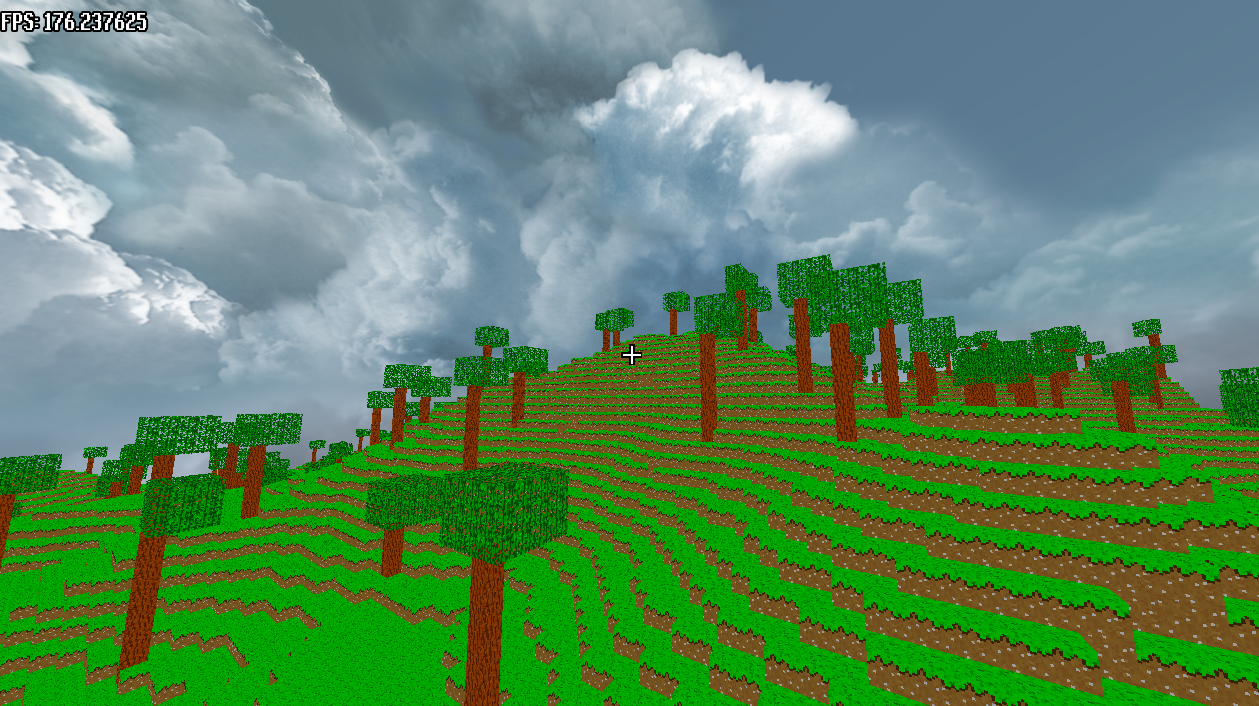 I started off the day by cleaning up some of the chunk code, and then proceeded to make the world infinite, but I felt it was not needed, so I simply went back to a fixed-sized world.

I then added an item system. My implementation probably was not great for this, but it was my first time at creating that sort of the thing.

Basically, when a player breaks a block, it gets added to their inventory. When they place a block, a block is placed.

Mostly optimizations, such as view-frustum culling and making the mesh building faster.

Focus on improving how it looks, eg adding directional lighting

I challenged myself to see if I could create a voxel game (Minecraft-like) in just one week using C++ and OpenGL, and here is the result