Work in this repository has been discontinued. The project lives on in a new repository, as it has been merged with my openGL framework: https://github.com/Illation/ETEngine

A repo for my research on planet rendering in c++ | opengl

Basic Planet rendering using a version of the CDLOD algorithm with triangles instead of quads on an icosahedron. I regularly post updates about this project on my blog: http://leah-lindner.com/blog/category/project/planet-renderer/

There is a recursively subdividing icosahedron. Triangles subdivide based on the distance from the camera and get culled when outside of the frustum. When drawn, every triangle instances a patch geometry, which allows for insane level of detail at high framerates, and morphs smoothly between subdivision levels. 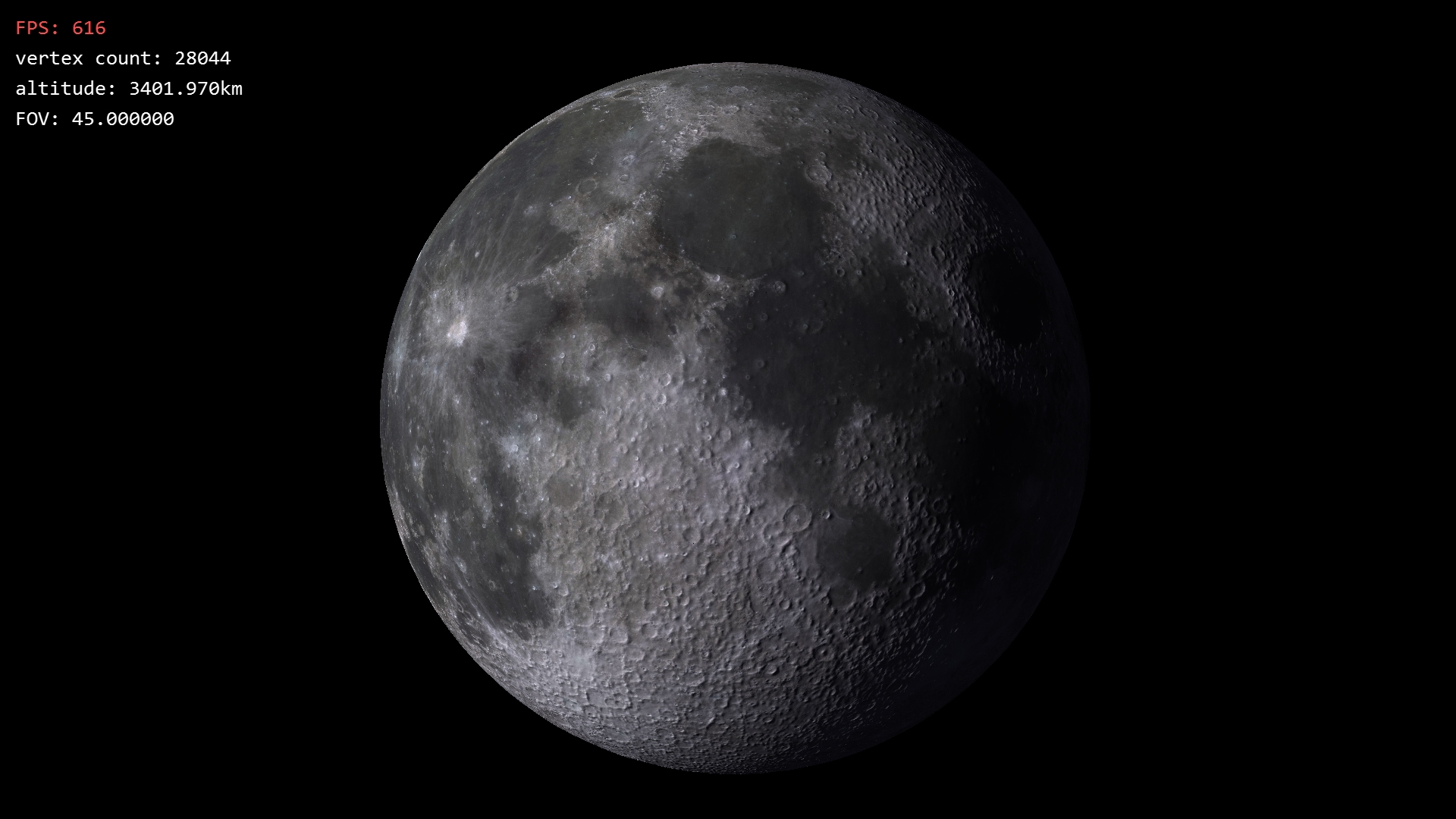 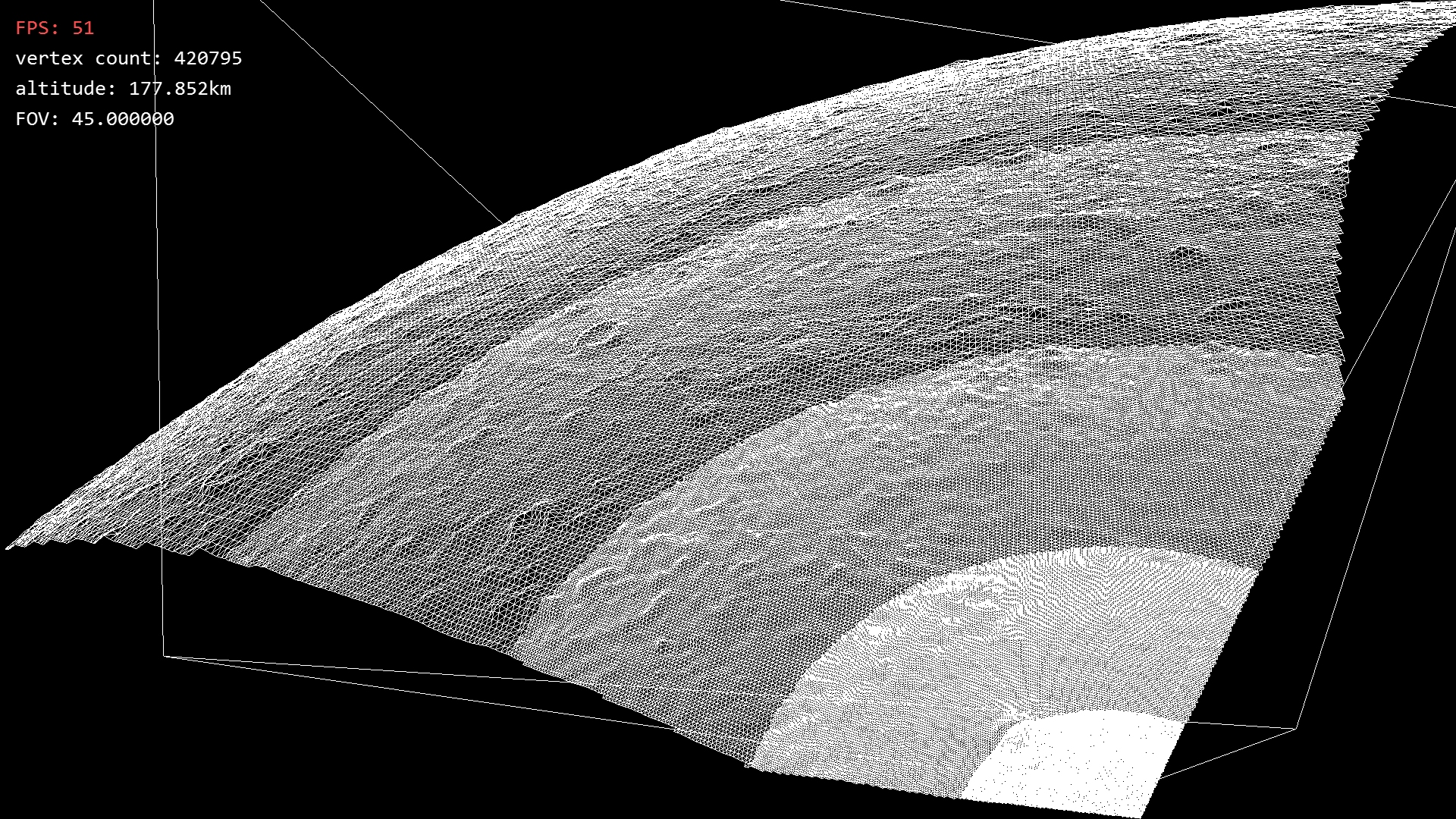 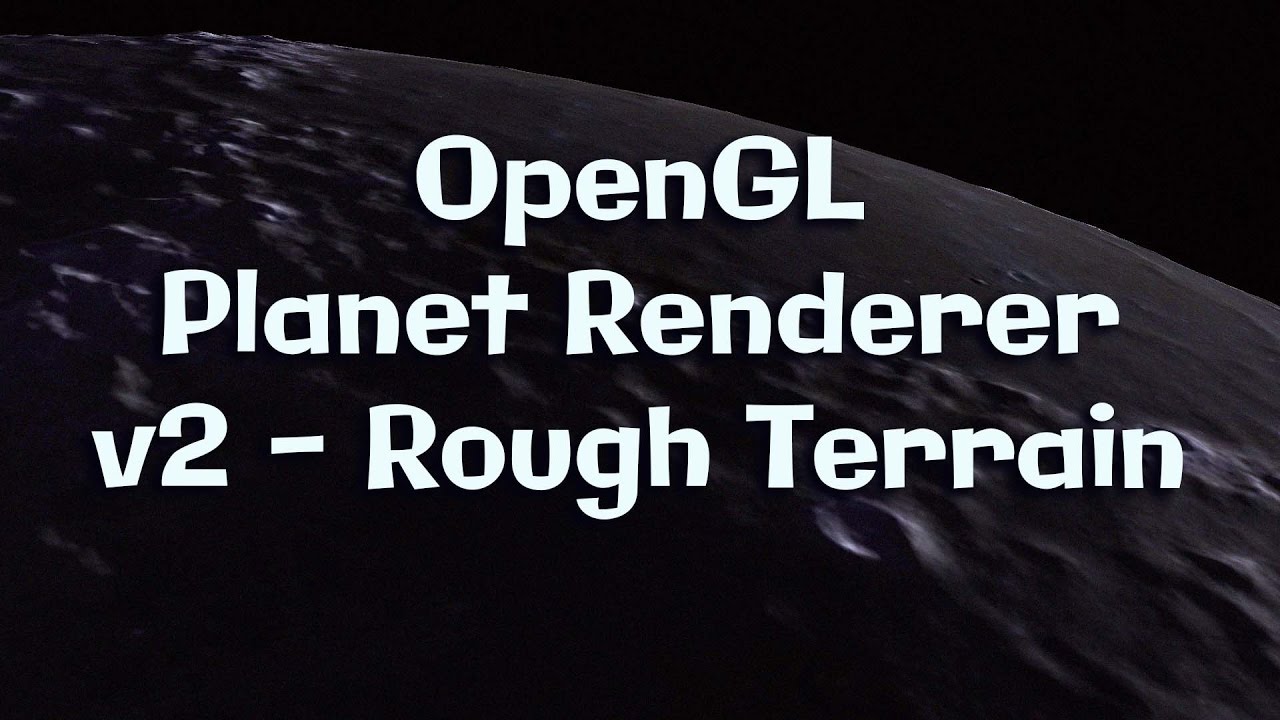 A lot of the code for the framework is copied from my openGL framework, but since I want a barebones techdemo as a result in order to keep all the code relevant, I did not code this in the framework itself.

This framework uses Genie to generate project files: https://github.com/bkaradzic/GENie You need to install it and use it from a terminal, the easiest way to do that is adding it to your PATH You should obviously also be running on a computer that has the hardware and drivers for modern openGL.

To build the project you need to define an environment variable or a macro for visual studio to find the above mentioned libraries. The variable is called "S_LIBS", and the value would be something like "C:\Dev\StaticLibraries". That folder needs to contain the .lib files and the include folders of SDL2, GLM and DevIL. For DevIL I suggest downloading the Windows SDK at version 1.8.

Make sure you have libraries for SDL2, GLM and DevIL installed, with -dev packages where applicable. You might need to change the path in the includedirs configuration in "build/genie.lua"