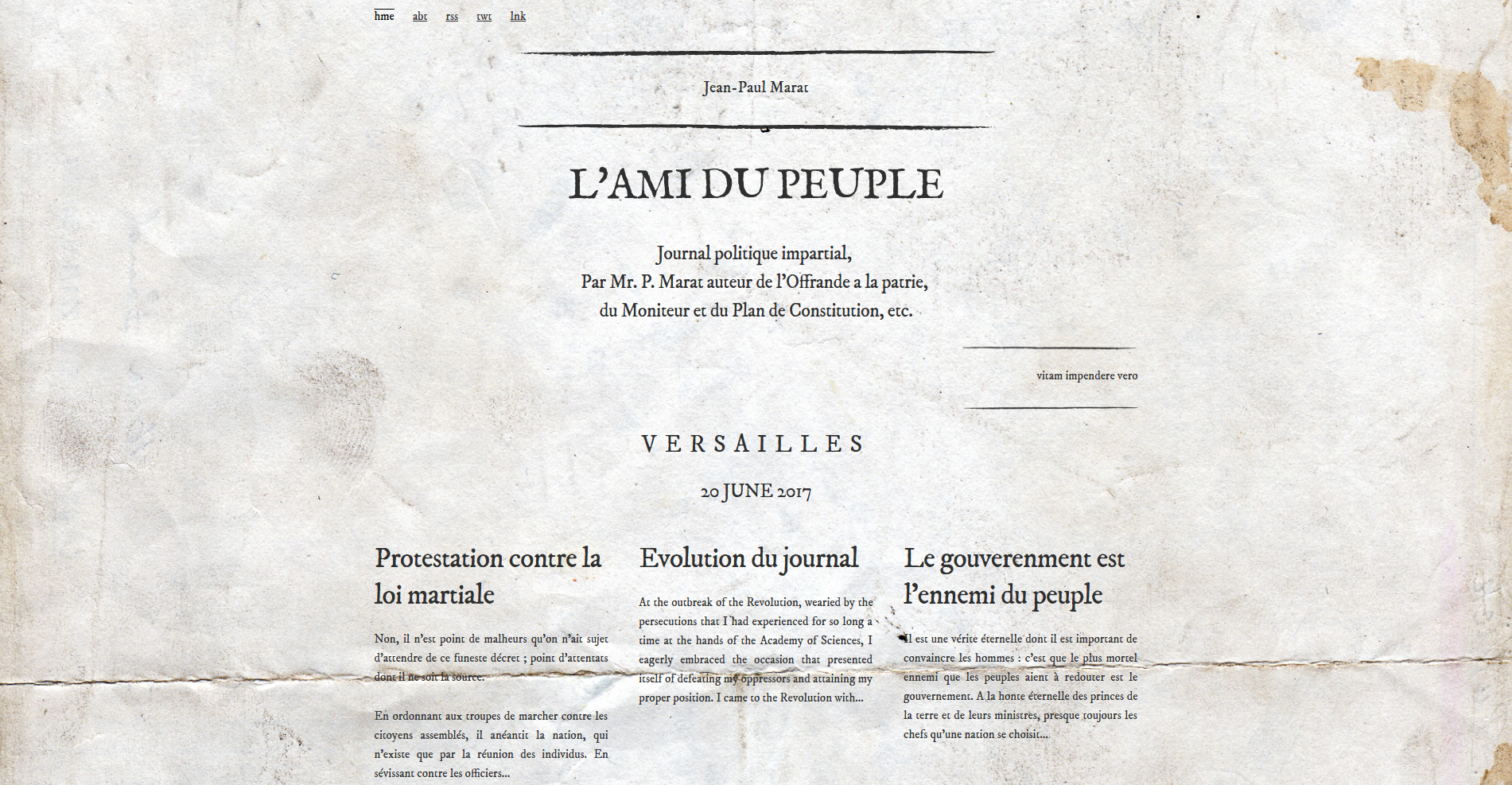 Revive the values of the Enlightenment with marat.

Marat is heavily inspired by L'Ami du peuple, a newspaper written by Jean-Paul Marat during the French Revolution, in which he was a j vocal advocate for the rights of man and liberty.

Unlike Marat's pamphlets the theme is fully responsive.