L0laapk3 removed factoriomaps.com demo as I haven't been able to get in contac…
Latest commit b938e0d History 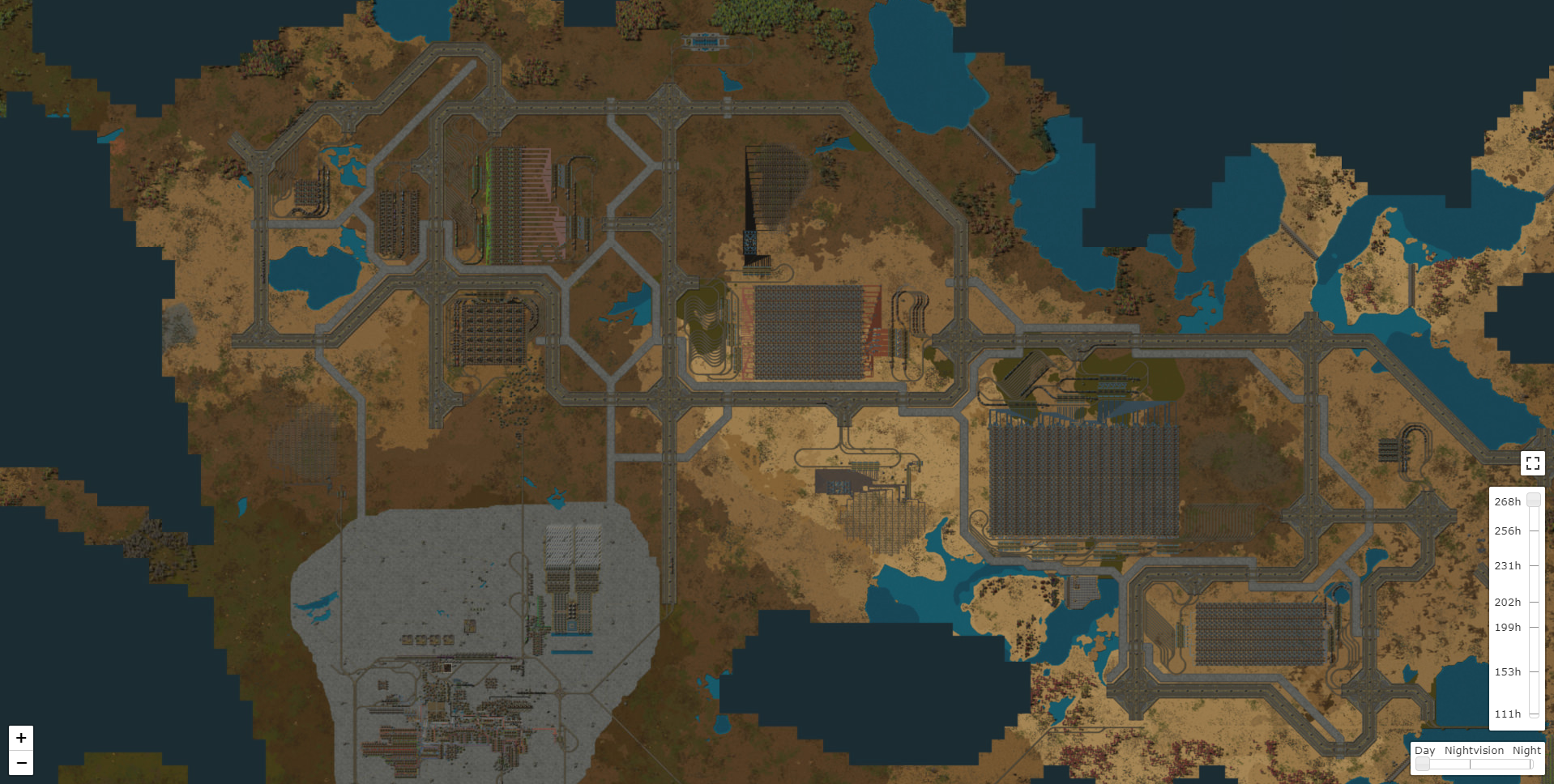 This Factorio mod turns your factory into a timeline! You can view the map locally or upload it to a web server.

Note that this program now only runs on 64 bit python version 3.6 or higher.

Heres a list of flags that auto.py can accept: Options with a * do not have an effect when appending to existing timelapses.

Image quality settings can be changed in the top of zoom.py.

You can expect the resulting folders to take up approx. (very rough estimate) 15 times the savefile size per timestamp per daytime for day images and 10 times for night images. The intermediate total disk usage will be much higher, 10 times the final result or more. If this is a problem for you, go put a +1 on #46.
Of course the processing time depends very heavely on your system specs, but a rough estimate is an hour per timestamp per daytime per 50 MB of savefile.

Hosting this on a server

If you wish to host your map for other people to a server, you need to take into account the following considerations: (You can change these once in index.html.template and they will be used for all future snapshots.)

Known mods that make use of the API to improve compability

If you have problems or questions setting things up, feel free to reach out to me on discord at L0laapk3#2010. If you believe you have found a bug, inconsistency, something unclear or anything else, please try generating a map to a new empty output folder (If you need help recovering bricked timelapses, please reach out to me). If the problem persists, please submit an issue to the Issue tracker.