This is a flight controller used for a quadcopter in X-configuration.

It is written for the Tiva C Series TM4C123G LaunchPad running at 80 MHz.

Some video demonstrations of the flight controller can be seen at my YouTube channel. 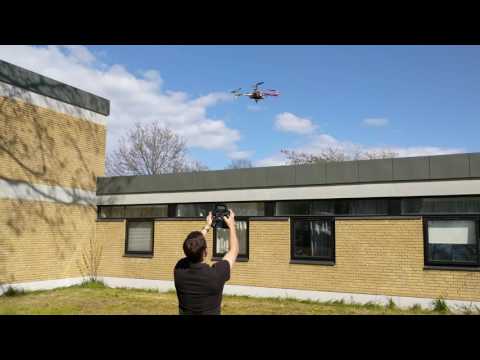 * UART1 is connected to an HC-06 Bluetooth module running at a baudrate of 115200. Not 5V tolerant!, so make sure your Bluetooth module outputs 3.3 voltage level or use a logic level converter.

Furthermore WTimer1B is used to turn off motors if the connection to the RX is lost. SysTick counter is used for time basic time keeping functionality.

All pins are defined in src/Config.h and can be overriden by creating a file called "Config_custom.h" in the src directory allowing you to redefine the values.

WARNING: Take propellers OFF when testing and calibrating ESCs!!

In order calibrate the ESCs you need to do the following procedure:

The calibration is canceled if the buttons are not held down during the whole procedure or the reset is not performed by a power on reset. The former allows the user to cancel the calibration at any time by releasing the switches and the latter prevents the user from accidentally resetting the board without also resetting the ESCs, for instance by pressing the reset button on the board.

The magnetometer calibration routine is activated similar to the accelerometer by using the Android application. The blue LED will turn on, indicating that the calibration procedure is activated. Now rotate the quadcopter along all three axis slowly in order to find the minimum and maximum values. The user has 30 seconds to rotate the quadcopter. Once the calibration is done the blue LED will be turned off and a long beep will be played.

It is a good idea to confirm that the estimated angles are all correct by using the graph menu in the Android application.

There is no need to calibrate the gyroscope, as this is done at every startup.

The minimum and maximum receiver values are hardcoded in src/Config.h and might need to be adjusted as well.

The Android source code is available at the following repository: https://github.com/Lauszus/LaunchPadFlightControllerAndroid. 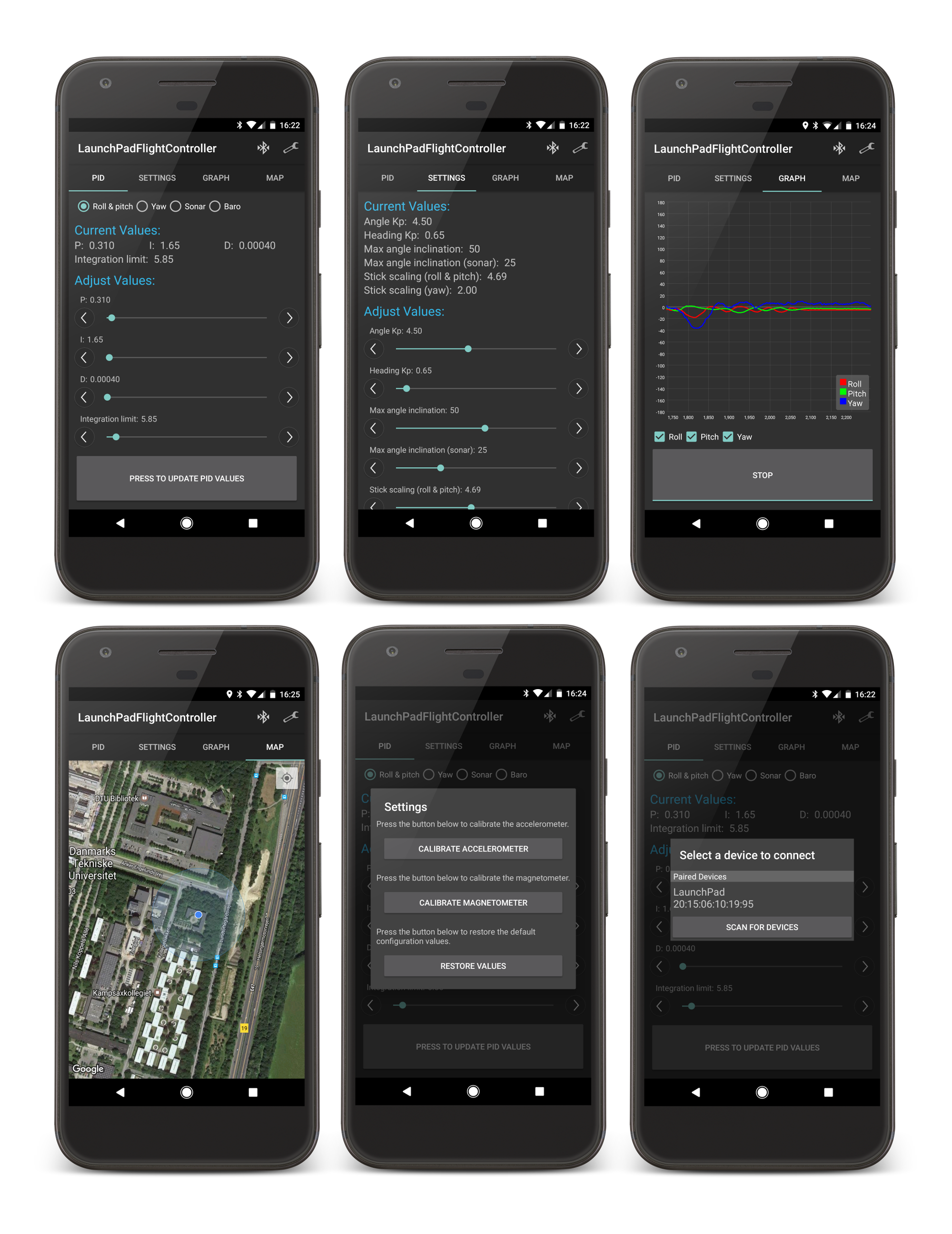 A simple GUI can be found inside the GUI directory. It can be used to visualise the orientation of the flight controller.

PlatformIO is a cross-platform build system, which makes it easy to compile and upload the code on both Windows, Linux and Mac. This is the recommended way to compile the code for novice users.

Please follow these instructions in order to install Python 2.7 and PlatformIO: http://docs.platformio.org/en/latest/installation.html.

On Windows be sure to select "Add python.exe to Path" when installing Python 2.7.

Open a terminal (search for cmd.exe on Windows) and navigate to the root of the project:

The program should now be compiled.

In order to upload the code simply type:

I recommend installing the PlatformIO IDE if using PlatformIO.

In order to built this project you need to download Keil µVision IDE 5 and then simply open the project file.

In order to built this project you will need to use Make.

If you are on a Mac, I recommend installing gcc-arm-none-eabi using Homebrew like so:

Now simply compile the code by navigating to the src and running the following command:

And to upload the code:

Some information on configuring Eclipse for use with this project can be the Wiki.

OpenOCD can be installed via Homebrew as well:

More information regarding hardware debugging can be found at the Wiki.

A lot of the inspiration for this code came from Cleanflight and other open source flight controller projects.

For more information send me an email at lauszus@gmail.com.