A place to list all those cool or wacky ideas you have for Liquid Galaxy rigs. If you have any ideas please send them to the mailing list. 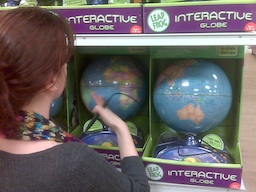 Most Liquid Galaxy's are controlled by a SpaceNavigator and a touchscreen. We'd like to see other input devices control Google Earth. Obvious examples include the Wii Remote, Microsoft Kinect, Android phones/tablets, using accelerometers, GPS, head and eye trackers or other novel input.

Because Liquid Galaxy uses commodity hardware, we're generally limited to flat display technologies. This means we're displaying multiple flat planar views arranged in a cylinder (rectilinear). However most panoramic content publishers use spherical or cylindrical (curvilinear) projections. Displaying this type of content on a Liquid Galaxy requires conversion to multiple planar views. We'd like to see this process automated as much as possible.


Another way of producing 360 degree panoramas and-or point clouds is structure from motion. Possible project in this field could be:

We'd like better insight into each level of the Liquid Galaxy stack, especially the multiple levels of caching. A detailed near-real-time performance monitoring solution could help diagnose bottlenecks and configure the Squid HTTP cache for better performance. Metrics from each system should be collected and displayed immediately, including disk usage, networking, CPU and GPU utilization, HTTP cache hits and misses, etc. What is an optimal cache size (or content age) for the google content? Add or adapt Networked View Synchronisation to other Applications

Google Earth is certainly a "killer app" for the Liquid Galaxy platform. But there are many applications that could be easily enhanced, coordinating multiple instances rendering portions of a panoramic view. Here's a few ideas we have... 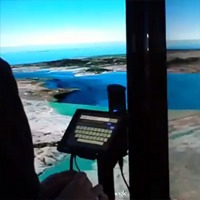 Presently Liquid Galaxy systems are complex to deploy, requiring several hours of one or more experienced Linux system administrator's time. This wiki does have installation instructions, but the process could benefit from better automation, testing and documentation. Features like GUI configuration, or automated, even dynamic personality assignment would put Liquid Galaxy much nearer the reach of enthusiasts.

Liquid Galaxy setups are fantastic platforms for showcasing Google layers and datasets. However it is difficult for users to load their own KML, datasets and interact with some features of Google Earth eg. turning on/off specific layers. If LG was as easy to interact with as desktop Google Earth a whole community of education and scientific users would thank you! There are open-source tools that may help here eg. Synergy and Sikuli, Input Director (Windows only).