A brainfuck game engine -- because life wasn't hard enough before

A work in progress game engine built to make use solely of the brainfuck language.

Insert funny 'an image is worth a thousand words' joke here, or something. 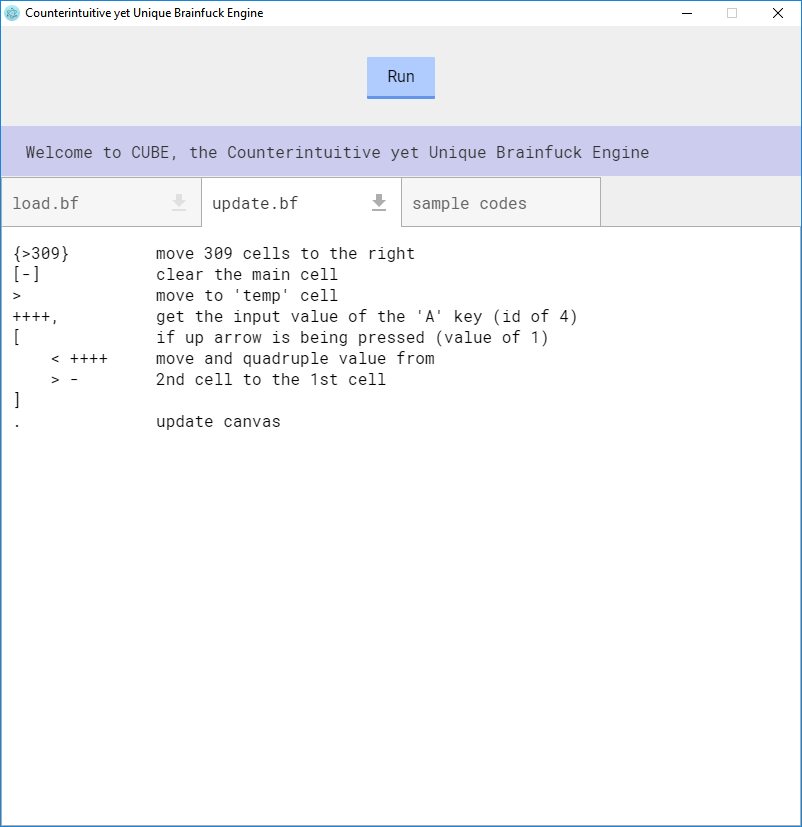 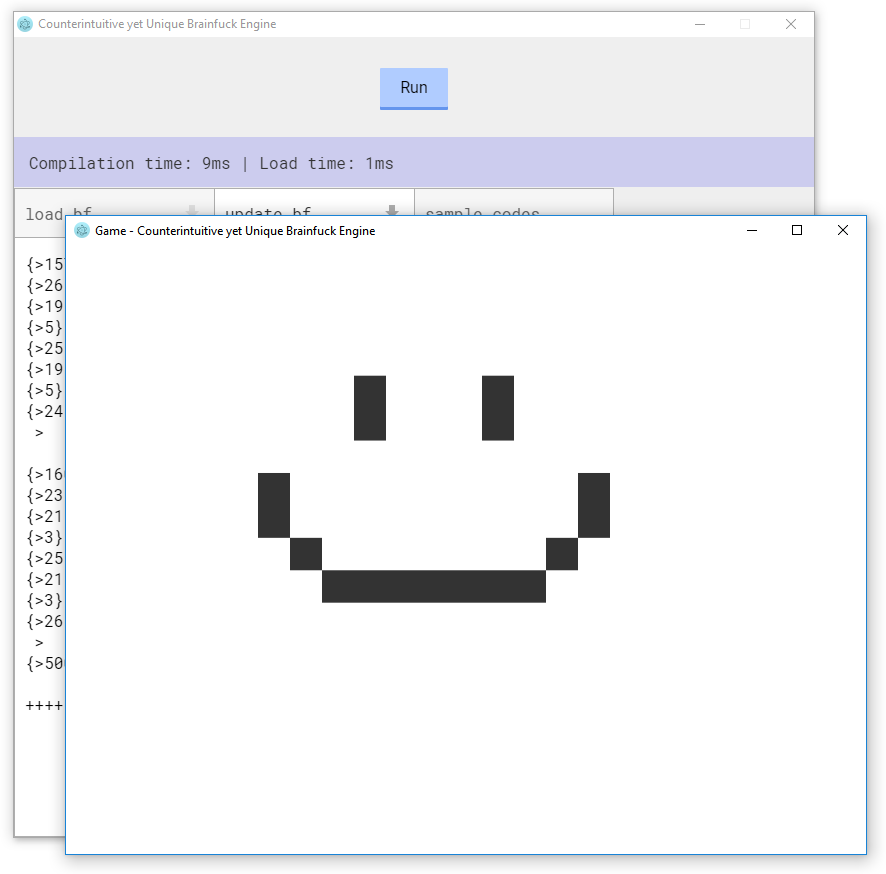 The game code is separated in two files: load.bf and update.bf. The first is run only once, as to load a state to the tape, while the latter runs on every frame.

Whenever the interpreter finds a , (comma) in the code, it reads whatever value is on the current cell and replaces it with the state of the corresponding input.

Valid values are listed below:

The game screen is drawn according to the first 25 × 19 = 475 cells in the program tape after the first cell. They are equivalent to a grid on the canvas, where each value corresponds to a color:

Eventually, I'll figure out a way to allow people to change the default background color.

As mentioned on the source code, full credits to copy for the initial code for the compiler, available online at https://copy.sh/brainfuck/. I highly recommend a visit to copy's GitHub, everything is awesome in there.

I will most likely finish replacing the compiler in the future with one fully built by myself. However, for the moment, this should do nicely.

A brainfuck game engine -- because life wasn't hard enough before