A Bridge Between Bodies: Puppetry-Based Interfaces for Virtual Reality is a exploration of third person interface design in VR and my master's thesis. As of the time of writing, I was aware of very few third person VR video games, and only one that could arguably be a third person video game (the one being Xortex in the lab, although it didn't have the player play as a character). This, to me, was an interesting unexplored design space, and one with a connection to a real world cultural practice; puppetry.

Puppetry already contends with the question of how to control other characters using motion. Puppetry has what I would describe as physical interfaces, in the form of handles and rods, that map the movement of the puppeteer to the puppet. I only needed to reinterpret existing forms of puppetry and apply that design to VR interfaces.

To that end, I developed a video game prototype made in Unity for the Oculus and Vive. In the game, the player controls three acts of a circus. Each act features a different puppet, with a different interface based off a form of puppetry and a different circus act. The player’s goal is to keep the audience excited by performing each puppet’s act.

Either open the the root folder as a project in Unity

Press R to reset the scene and all puppets/objects, if at any point a puppet or object is lost or broken 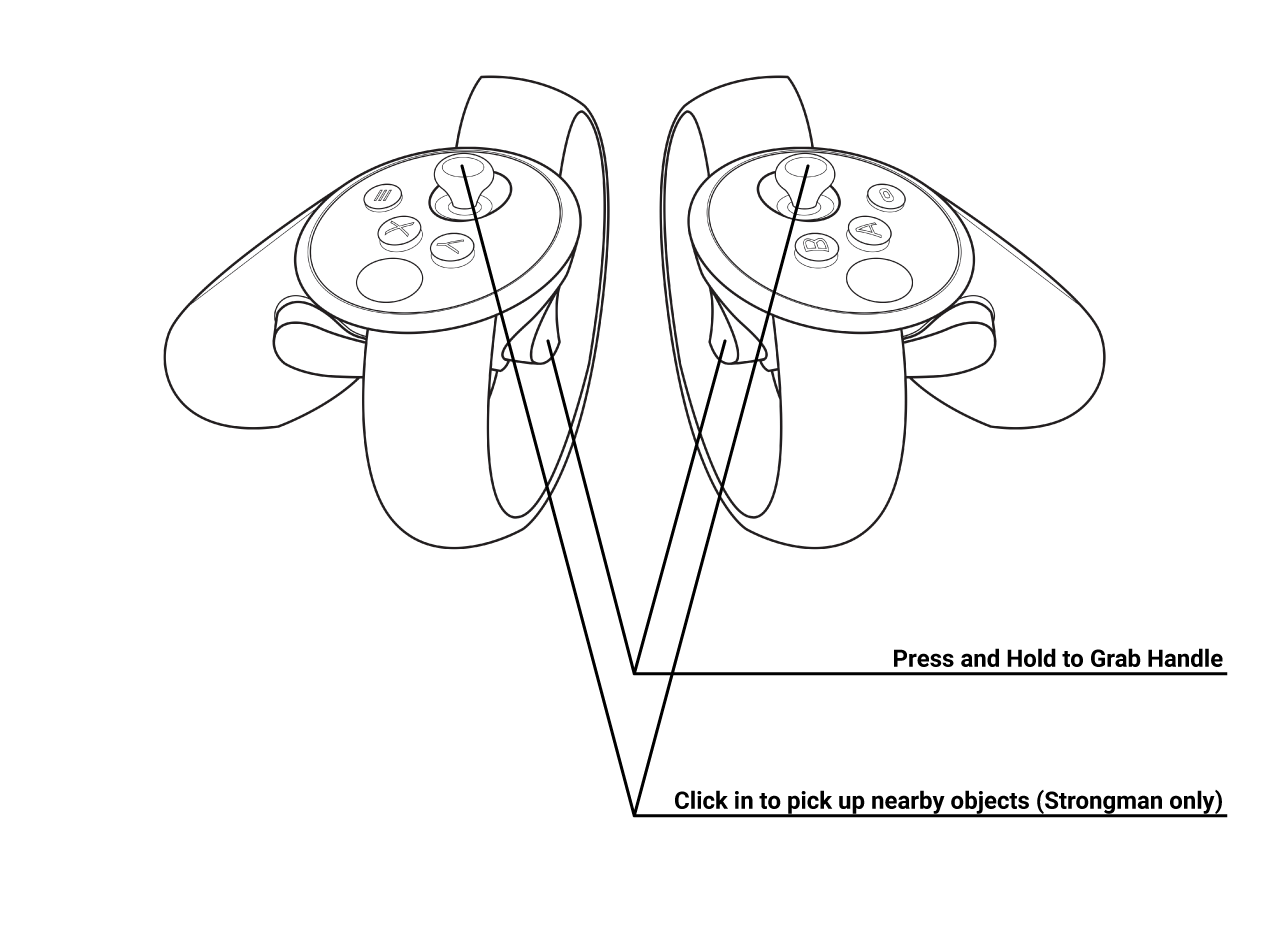 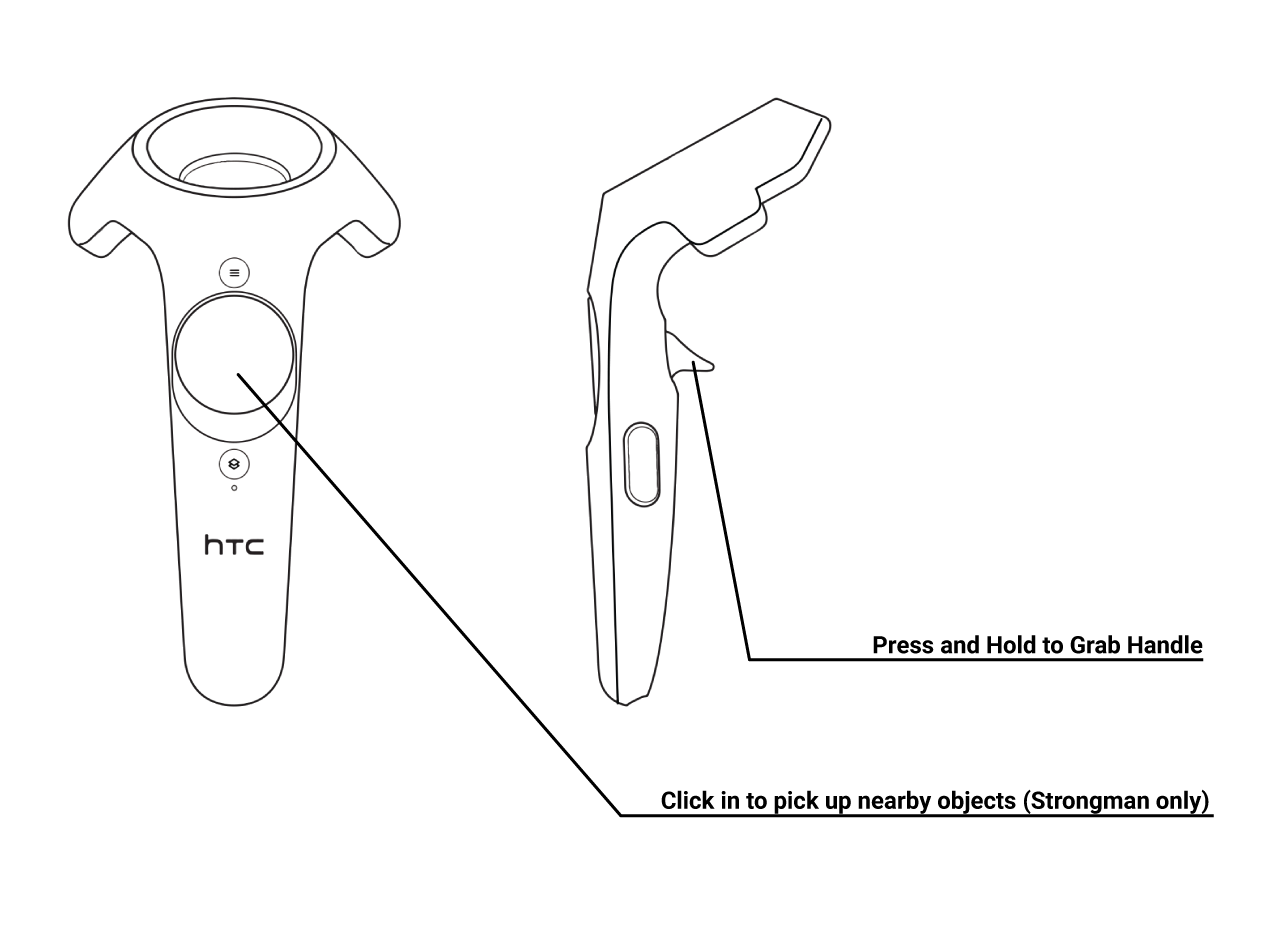 This project is licensed under the Apache License - see the LICENSE.md file for details