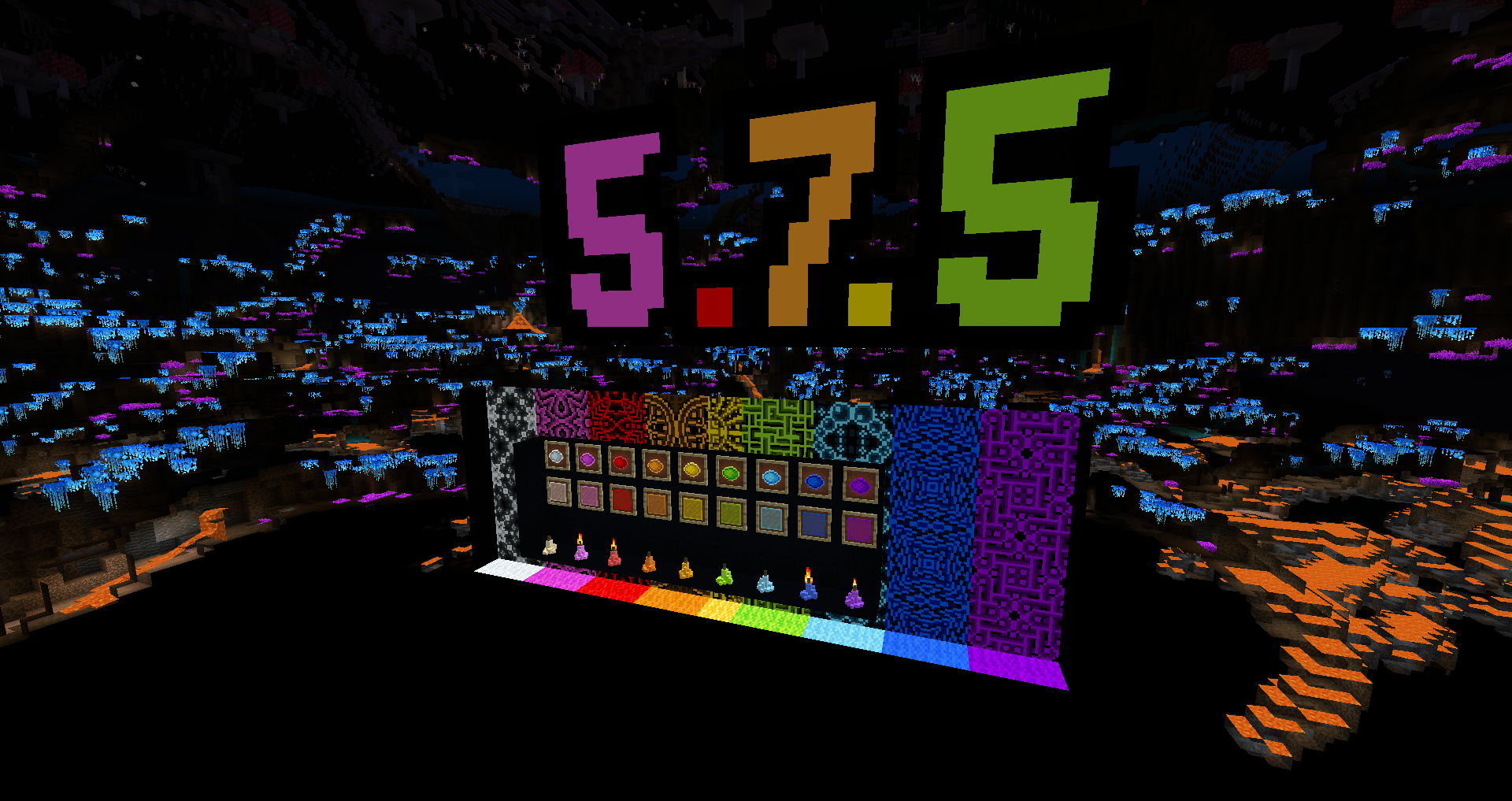 ...wait, have I used this update title before? Sure sounds familiar -- hope I'm not plagiarizing anyone...

A full two and a half years after Vanilla did it, Minestrapp is having a color-centric update of its own! Very timely and original, I know. 5.7.5 is partially a tepid-fix for some issues that were found in 5.7.0, but true to form, it also comes with no small amount of irresponsible feature-creeping! Who needs stability when you can keep cramming content in there and then get surprised when everything breaks, am I right?

5.7.5 features two new generated plants -- Carpet Glow Moss, and Creeping Glow Moss -- which, in addition to their Hanging variant in the Nether, can be crafted into various colored Glow Dyes! Glow Dye can be used to craft a multitude of decor blocks, just like normal Dye. Unlike normal Dye, however, Glow-Dyed blocks ignore their surrounding light levels, appearing vividly bright at all times, despite only emitting a very low light level. A number of other existing blocks and items, including Glowshrooms and Clutchthorn, can be crafted into Glow Dyes as well, providing even more reasons to diversify your crops.

The update also fixes a number of bugs, including some long-overdue Magnet Piston stability fixes, more JEI support, and of course the infamous Berry-spam glitch that made its triumphant return in 5.7.0.

This update's a relatively small one, but it may be one of the final 1.12.2 builds of the mod! As we begin transitioning over to 1.15, my focus will be shifting from adding new content to simply making sure the 1.12 build is as stable and enjoyable as possible before the inevitable year+ hiatus while we re-code the majority of the mod from scratch. The server will remain up during that time, and I have no doubt there will still be a lot of Forge 1.12 users until more mods have made the transition as well, so if there are any fixes or quality of life improvements you'd like to see before we call the 1.12 version "done", be sure to let us know on Discord or GitHub!

Check out the full changelogs below for the full details on the latest update!