SoundCloud (and Bandcamp and Mixcloud) downloader in Python. 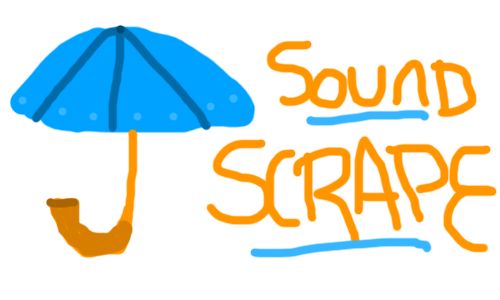 SoundScrape makes it super easy to download artists from SoundCloud (and Bandcamp and MixCloud) - even those which don't have download links! It automatically creates ID3 tags as well (including album art), which is handy.

Note that if you are having problems, please first try updating to the latest version:

Then, just call soundscrape and the name of the artist you want to scrape:

And you're done! Hooray! Files are stored as mp3s in the format Artist name - Track title.mp3.

You can also use the -n argument to only download a certain number of songs.

Soundscrape can also download sets, but you have to include the full URL of the set you want to download:

Soundscrape can also download tracks from SoundCloud groups with the -g argument.

or with just the straight URL:

Soundscrape can also download all of an Artist's Liked items with -l:

or with just the straight URL:

By default, SoundScrape will try to rip everything it can. However, if you only want to download tracks that have an official download available (which are typically at a higher-quality 320kbps bitrate), you can use the -d argument.

By default, SoundScrape will skip the 30-second preview tracks that SoundCloud now provides. You can choose to keep these preview snippets with the -k argument.

By default, SoundScrape aims to act like wget, downloading in place in the current directory. With the -f argument, however, SoundScrape acts more like a download manager and sorts songs into the following format:

SoundScrape can also pull down albums from Bandcamp. For Bandcamp pages, use the -b argument along with an artist's username or a specific URL. It only downloads one album at a time. This works with all of the other arguments, except -d as Bandcamp streams only come at one bitrate, as far as I can tell.

Note: Currently, when using the -n argument, the limit is evaluated for each album separately.

This also works for non-Bandcamp URLs that are hosted on Bandcamp:

Note that the full URL must be included.

SoundScrape can also grab mixes from Mixcloud. This feature is extremely expermental and is in no way guaranteed to work!

Finds the original mp3 of a mix and grabs that (with tags and album art) if it can, or else just gets the raw m4a stream.

Mixcloud currently only takes an invidiual mix. Capacity for a whole artist's profile due shortly.

Just for fun, SoundScrape can also download individual songs from Audiomack. Not that you'd ever want to.

For some strange reason, it also works for MusicBed.com. Thanks @brachna for this feature.

As a convenience method, SoundScrape can automatically 'open' files that it downloads. This uses your system's 'open' command for file associations.

There's probably a lot more that can be done to improve this. Please file issues if you find them!

SoundCloud (and Bandcamp and Mixcloud) downloader in Python.