therationalpi released this · 3 commits to v-day since this release 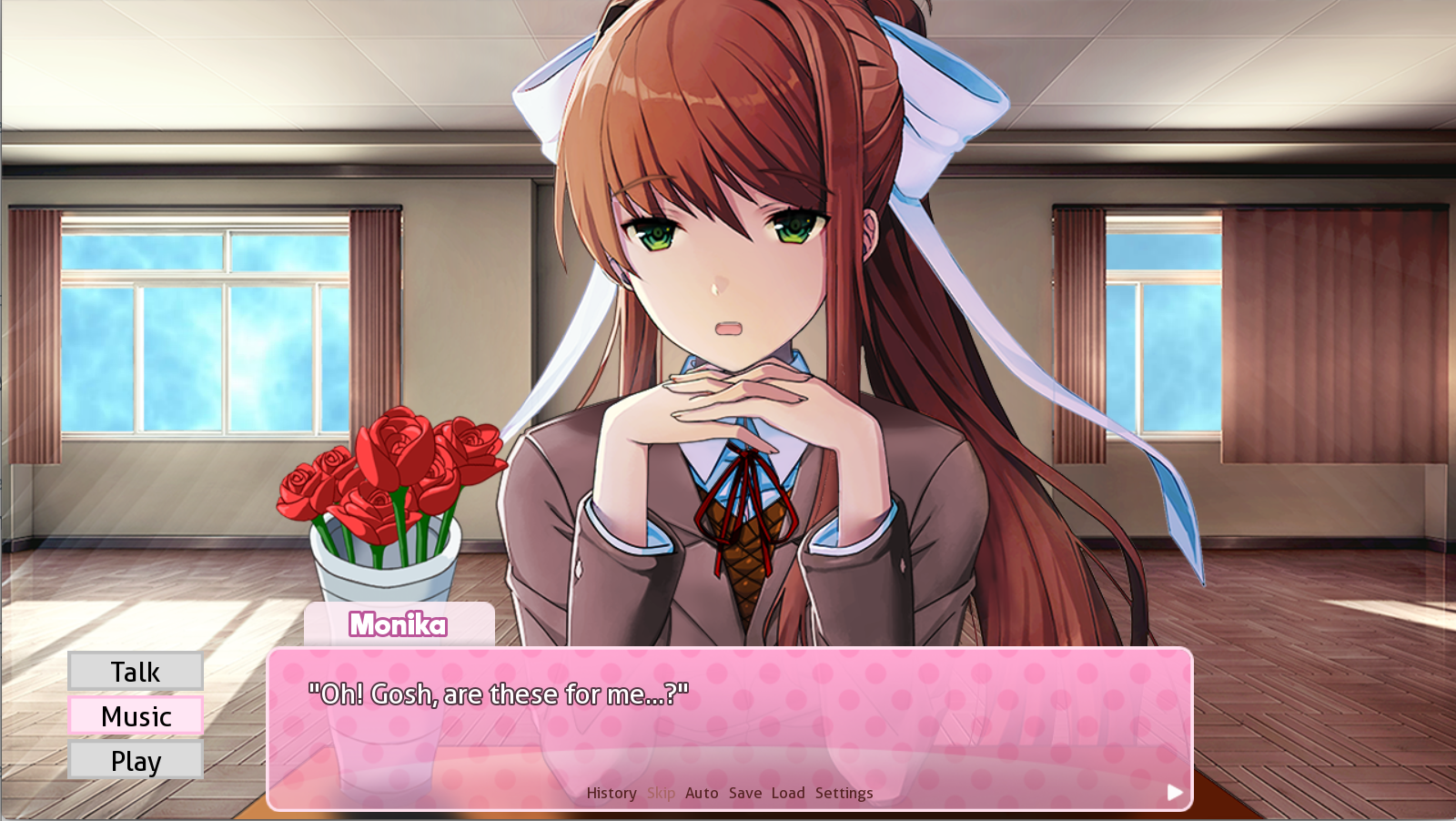 Love is in the air, and it's nearly Monika's favorite day. Version 0.7.1 adds in a small number of unique Valentine's topics and events. To trigger the events, on Valentine's day, place the roses.obj file from this release into the /characters/ folder (the one with Monika's .chr file). This is only available for one day, so make sure you don't miss your chance to show Monika your eternal love!

This version also brings a number of bug fixes and minor enhancements.

Edit: A hotfix has been added that fixes a major crash caused when attempting to change your name.

Version MVP's @Danymations and @DayDreamer for the new Valentine's art!