@NdagiStanley has mirrored the fork to have this repo here. This starterpack has proved useful to many and I thank you for the emails I have received from all of you. The reasoning behind this mirror is that; this is an effort to support the users more by developing further on this project. From here on, I am calling on all potential collaborators by making it easier to make PRs and adding the utility of Issues in this 'new' repo (Of course with the same name ). Lastly, just so you know, I'll be keeping up with developments in the original.

Common topics are discussed in the docs. Make sure to read it!

https://vuedjango.herokuapp.com/ is a deployed instance of this boilerplate.

This is a project template that includes VueJS and Django based on the vue-cli templates. It is recommended to use npm 3+ for a more efficient dependency tree.

You might want to use sudo if you encounter permissions error

The app runs on localhost:8080

Update the files as you wish and the hot-reload will take effect. Add js and css files within the static folder in the root directory. Link them to the index.html in that same level (the root directory).

Have Python installed and preferably use a virtual python environment for this.

(Run this command every time you make changes)

At localhost:8000 you should have a page exactly like the image below or as the deployed instance mentioned earlier: https://vuedjango.herokuapp.com/ 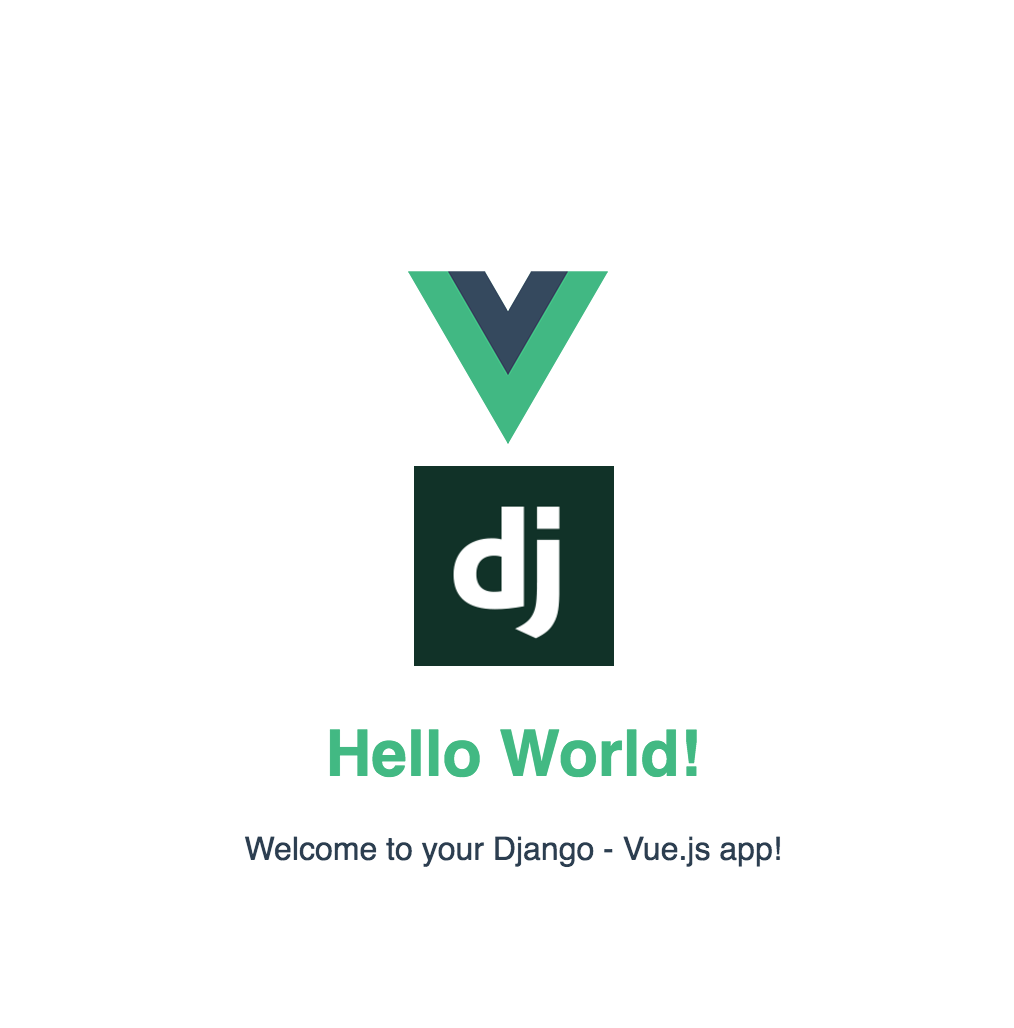 Ensure that docker is running.

If you use docker in your workflow, there is a Dockerfile in the root directory for you. Simply run

Use your preferred image name in place of the image-name in the command. Remember to enter the trailing period before running it.

There is a docker container for vue-django that you can run. Simply run the following command.

Then get to localhost:8000. You should have a page exactly like the image above

NB: This repo has been forked from vue-webpack-boilerplate to help you start a Django application utilizing the awesomeness of VueJS and vue-cli

Feel free to contribute to this repo.

To create your own boilerplate, fork this repo or vue-webpack-boilerplate and use it with vue-cli:

Thank you to all our backers!