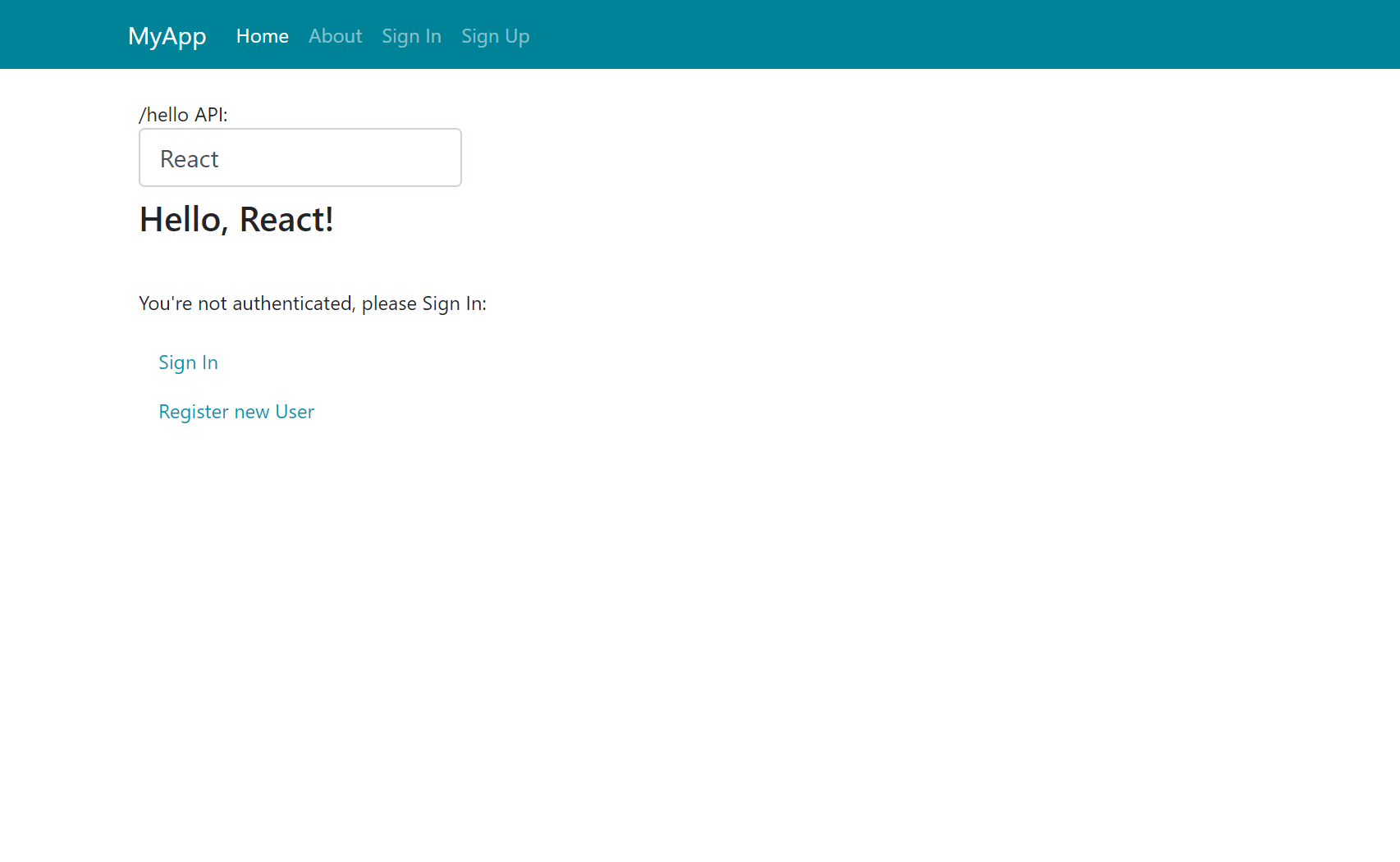 This template goal is to provide the richest suite of functionality with the least amount of complexity. TypeScript was adopted because it runs as a non-invasive global tool with no dependencies that enables us to use the latest JavaScript language features to be able to develop with the same source code as a fully-fledged npm webpack build system should you wish to upgrade to one in future.

All that's needed during development is to run TypeScript in "watch" mode:

In a new Terminal window start your .NET Web App HTTP Server with:

Using watch run will monitor changes to C# source files where it will automatically re-build and restart the Server.

After changing your ServiceStack Services, you can re-generate their Typed TypeScript DTOs with:

The integrated .js and .css bundling is configured to use a fast unminified in-memory bundle for an optimal development experience whilst it utilizes an advanced minified bundle in production releases.

When publishing, the project's Bundle task:

Runs _bundle.ss to produce an optimized, minified & hashed bundle using ServiceStack's built-in bundling embedded in the dotnet tools which is pre-configured to use NUglify's advanced compression.

The standard .NET Core tools can be used to publish:

Then deploy as normal, e.g. via rsync deployments to Linux or to an AWS EC2 container using Docker.