Sign up
This is a Solidity smart contract implementation of the classic 'Rock Paper Scissors' game. It is comprised of a web app that interacts with the smart contract and allows two players to play against each other. The winner of the game gets rewarded some Ether.
Find file

Rock Paper Scissors is a hand game usually played between two people, in which each player simultaneously forms one of three shapes with an outstretched hand. The shapes that players can form are Rock (a closed fist), Paper (a flat hand), and Scissors (a fist with the index finger and middle finger extended, forming a V). This is a simultaneous, zero- sum game, which only has two possible outcomes: a win for one player and a loss for the other, or a draw (see: Wikipedia). The outcome of the game is determined by the shapes that the players have chosen:

If two players have chosen the same shape then there will be a draw. 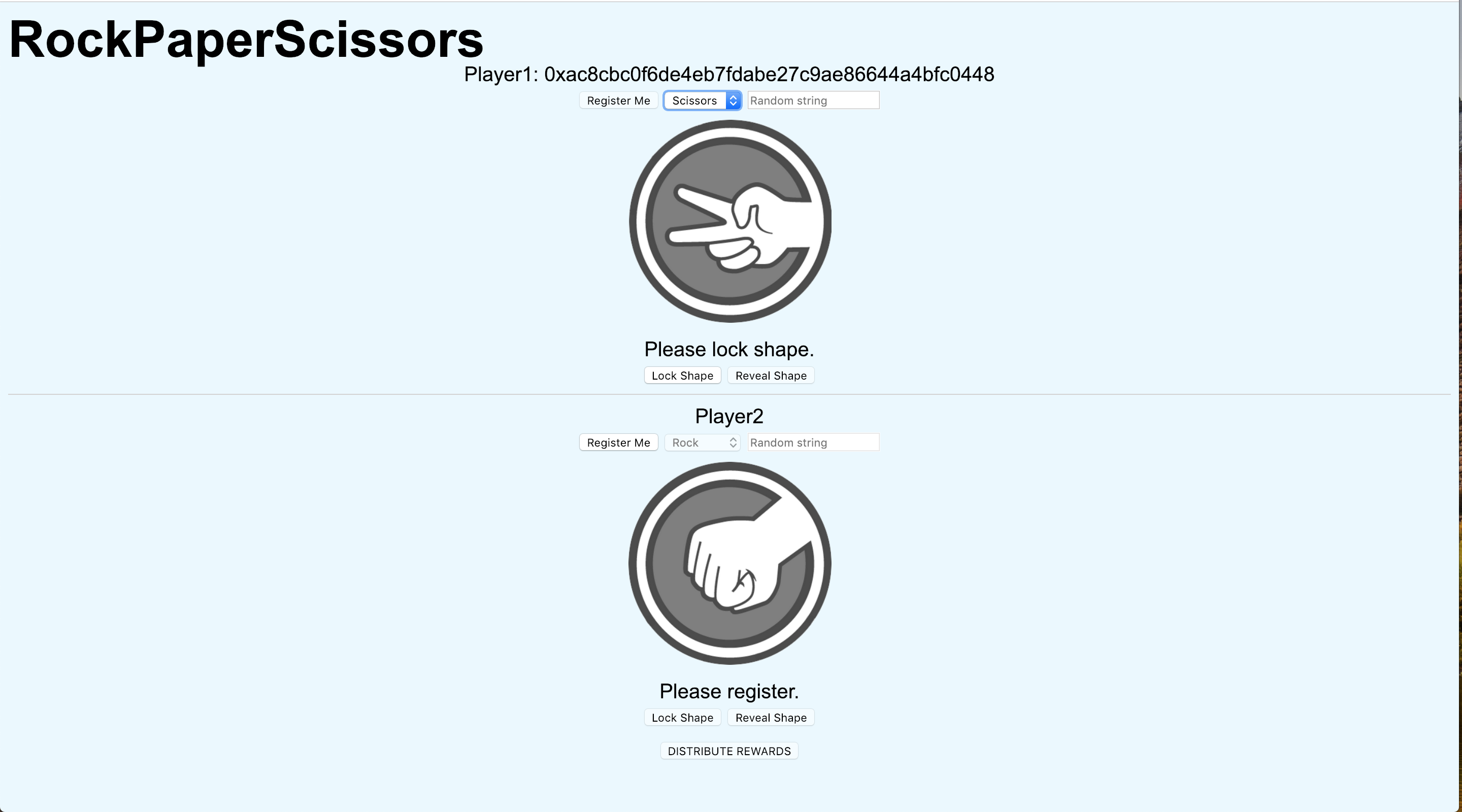 This project entails an Ethereum smart contract based implementation of the game and hence represents a decentralised version of the classical game. Rock Paper Scissors is often used as a fair choosing method between two people, similar to coin flipping, however, Rock Paper Scissors is said not to be truly random. Usually, players agree to form (and reveal) their shapes facing each other at the same time. This leads us to the asynchronous nature of play of the game: The two players will never reveal their shapes at exactly the same moment in time and hence, one player (the slower player) will always have a slight advantage. In the classical version of the game, where the two players are fair players facing each other and revealing their shapes at roughly the same time, this time difference is minimal. However, if the game is implemented in a different way, this represents an issue. The solution to this problem for this project is the following: The party who announces first, announces not the value but a commitment to that very value. This commitment needs to be binding and concealing. In this application, this can be realised by using a hash function that both players agree on, which is used to hash the player shape. The different stages of the game protocol are now as follows:

The winner of the game is rewarded with a financial reward of 10 ether. In the case of a draw, both players receive 5 ether each. 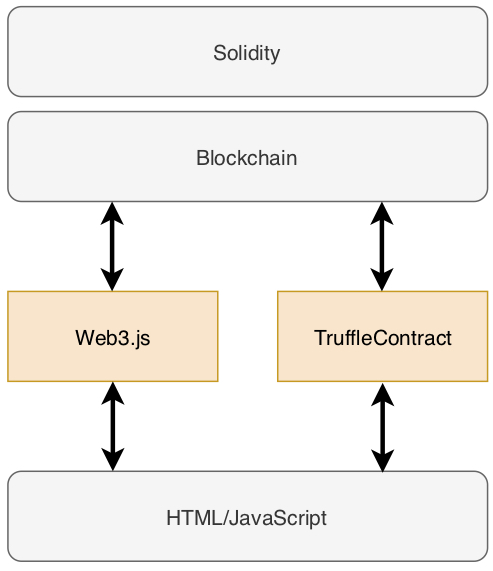 For this project an HTML/JavaScript web application was designed, which directly interacts with Web3.js and a Truffle contract instance created from the smart contract written in Solidity. The Web3.js and TruffleContract build the communication bridge between the web application and the Ethereum blockchain.

Run your local blockchain using ganache (see: Truffleframework ) . Cd into the root directory of the project and run the following commands:

The web application will load in your browser and the game is ready to be played.