mrclksr If the vga default unit is undefined, set it to 0
Latest commit 214e168

NomadBSD is a live system for flash drives, based on FreeBSD. 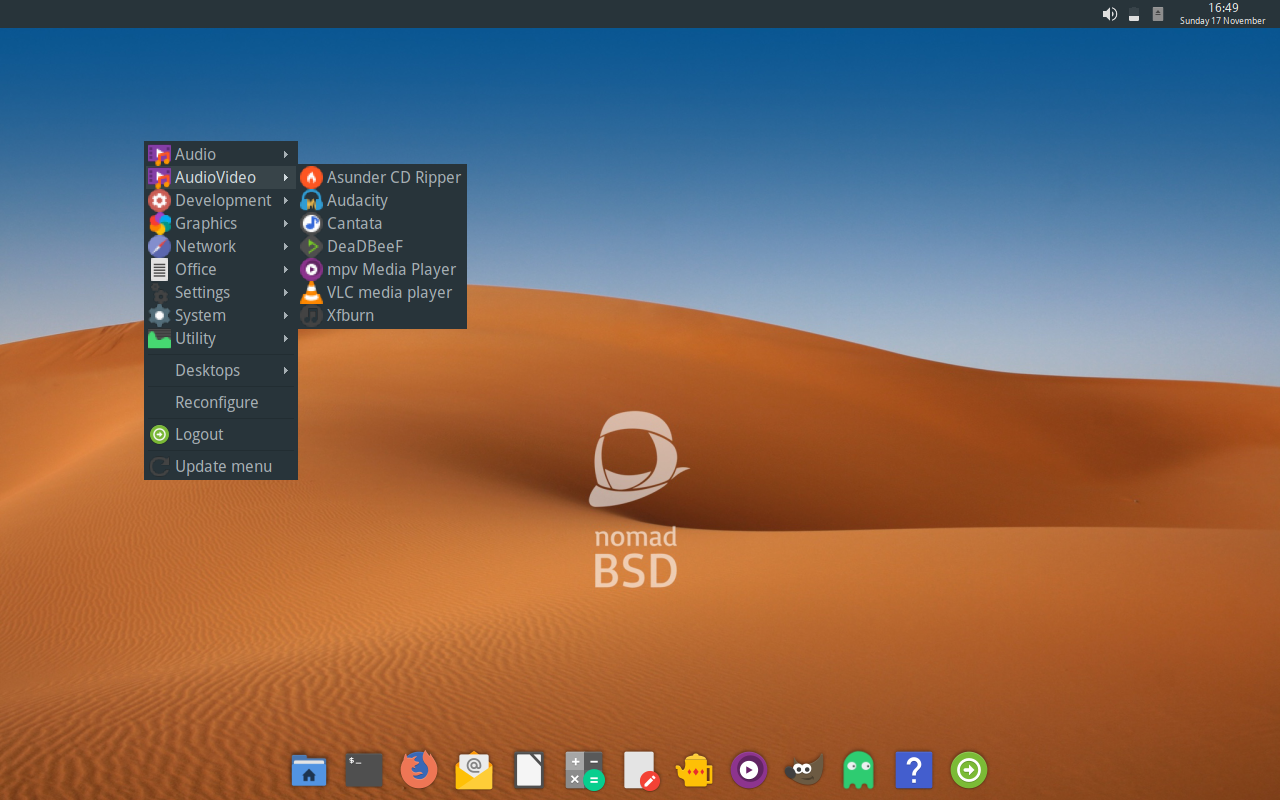 Requirements for building the image

If you want to build an image for Mac, define -m

If something went wrong, you can resume the build after locating and fixing the problem that caused the build to stop.

Writing the image to an USB memory stick

Ready to use image