This is a fork and current development version Ecrire, a EFL based text editor for Enlightenment and eventually Tizen as well. Or any device that has EFL. 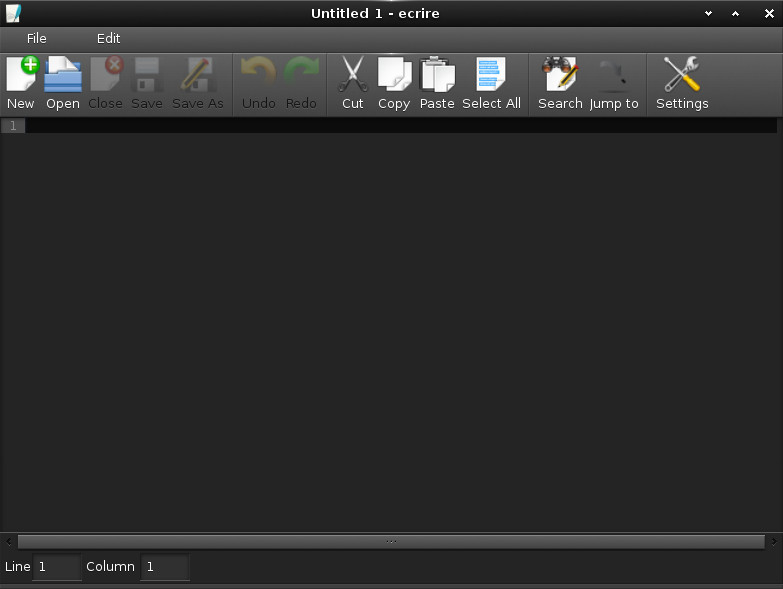 Ecrire is a basic text editor written in EFL for the Enlightenment desktop environment and long term also Tizen. It is intended to be a native EFL alternative to gedit (GTK/Gnome), kwrite (KDE/Plasma), and similar basic text editors. With the exception that ecrire should be usable on desktop as well as mobile devices.

Ecrire uses a beta EFL elementary code widget elm_code for the editor. Supported language syntax highlighting is being tracked in the Elm Code Syntax Support chart. Please do not open tasks on syntax highlighting related issues here on github. Please open tasks on Enlightenment's Phabricator for elm_code. That is the best place, since those issues will have to be addressed upstream in EFL itself.

To use ninja for faster build instead of autotools

Then for either autotools or ninja, you can install via the resulting .deb or .rpm generated in the dist directory.