FOSSology is an open-source license compliance software system and toolkit. As a toolkit, we can run license, copyright, and export control scans from the command line, and as a system, it provides a database and web UI to give a compliance workflow.
FOSSology is designed in a modular fashion but it certainly does not follow microservices architecture. If there is a change in an agent's logic, the whole source code has to be built again and installed. Whereas in microservices architecture, only this agent needs to be built and installed/deployed. And that is what the project has accomplished. with the use of the latest cloud technologies like Docker and Kubernetes, FOSSology could be installed on cloud in a microservice way.

All FOSSology installation methods require installing all agents, you can't update, delete or deploy a single agent you need to use all agents as a single module. and with more than 25 agents this would be a hectic process to update a single agent. With the new architecture, every agent is treated as a single module. only required agents could be installed which would save time and resources. With the use of Kubernetes, agents could be scaled in or out. With every agent added or deleted from the cluster no need to restart the scheduler, all configurations will be reloaded automatically. FOSSology scheduler was designed to test the agent's host machine before spawning the agents and running the job, with the new architecture the scheduler is identifying the agent installed in the host and spawn each agent from its host.

to create the other images scheduler, agent, web, etc.. fossology/packages is used as base image for a multistage build and the appropriate debian package is copied to the container along with fossology-common package which contains all the libraries.

Too many agents ... Too many services

To avoid using a service for each agent, which would be more than 25 services if all agents are installed, headless services are used, giving a single service that will handle all agents and give each agent a unique DNS. 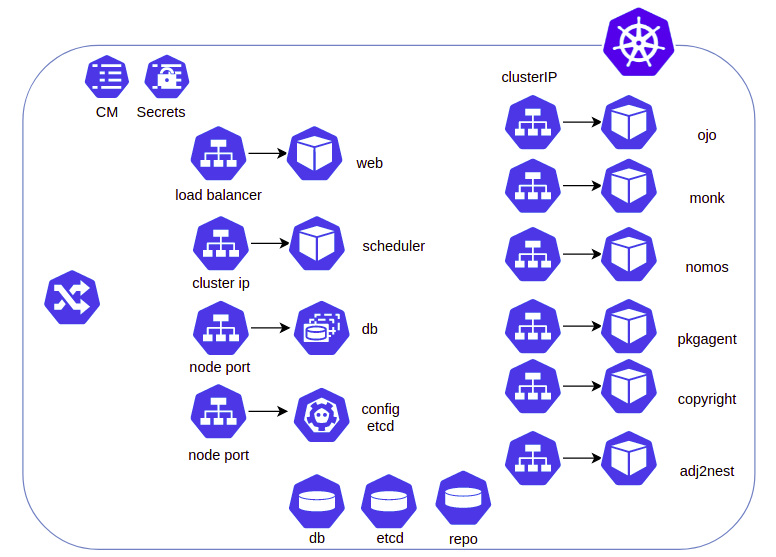 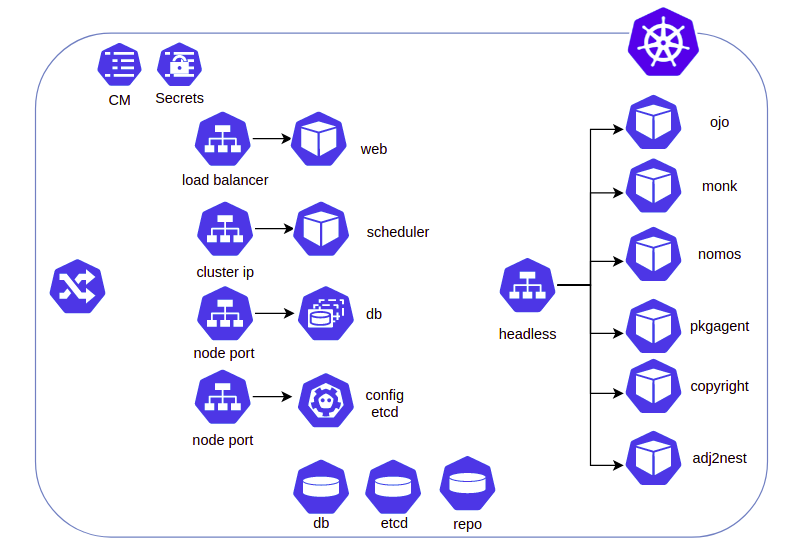 For microservice architecture, each agent has its conf file inside its container. FOSSology hosts need to be hardcoded in the scheduler container before deployment. To solve this, all conf files are added to a key-value pair database. The selected DB system is etcd for each new agent added, it interfaces with etcd using RESTful API. The agent will open its conf file and start making a proper PUT request to add configuration in etcd and the agent will add the host details. 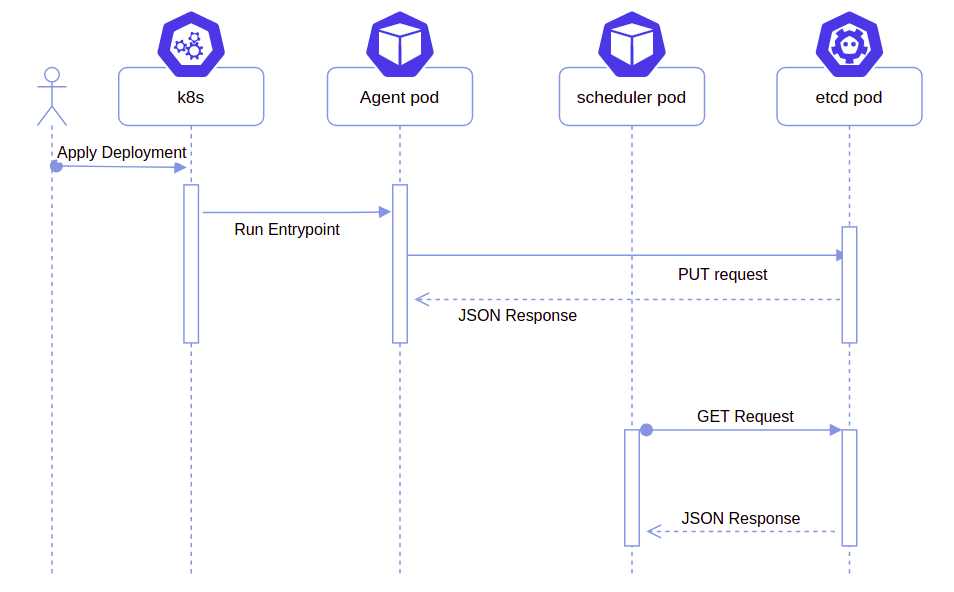 Google summer of code is the best experience I had in my college years till now. I have worked on large scale and industry grade projects with talented people who are devoting their time for the Open Source community.
Special thanks for my mentors Gaurav Mishra, Michael C. Jaeger, Anupam Ghosh, Klaus Gmeinwieser and Vasudev Maduri. Thank you for the support not only in GSoC but even before, you helped me find my way into the Open Source community and achieve my goal of making a contribution that will make an impact.
Also, I want to give a special thanks to my fellow student developers. You're so talented and hardworking, I learned from all of you and I'm glad that I had the opportunity to be part of this community. 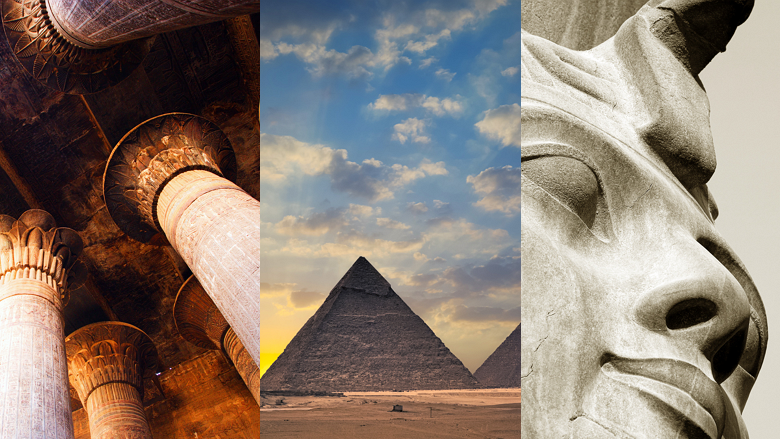