Our paper, "Ekho: Realistic and Repeatable Experimentation for Tiny Energy-Harvesting Sensors" describes the design and evaluation of a new tool for recording and replaying energy harvesting conditions. Energy harvesting is a necessity for many small, embedded sensing devices, that must operate maintenance-free for long periods of time. However, understanding how the environment changes and it's effects on device behavior has always been a source of frustration. Ekho allows system designers working with ultra low power devices, to realistically predict how new hardware and software configurations will perform before deployment. By taking advantage of electrical characteristics all energy sources share, Ekho is able to emulate many different energy sources (e.g., Solar, RF, Thermal, and Vibrational) and takes much of the guesswork out of experimentation with tiny, energy harvesting sensing systems.

For more information on the concept, design, and evaluation of Ekho, checkout the presentation, notes, and the paper itself.

On a Mac, after installing the XCode command line tools, and then Homebrew, install GSL with:

On Ubuntu install GSL with:

If you are using other Linux distros, then you already know what to do. 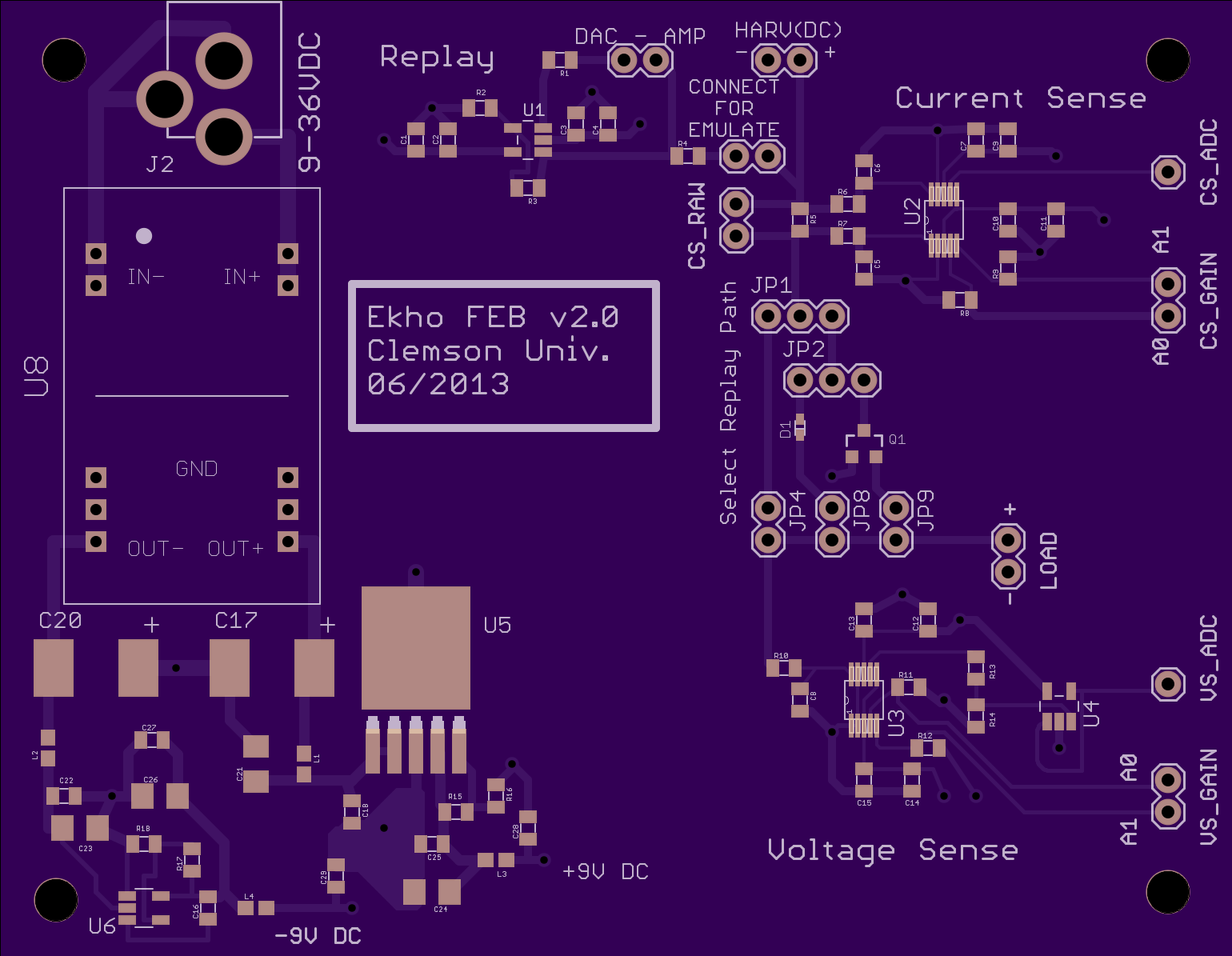 To do anything useful with Ekho, you need the custom designed Analog-front-end. The PCB for the analog front end can be ordered from OSH Park. We are hosting it on OSH Park so anyone can easily, and cheaply get the PCB printed.

Once the PCB is in hand, you can either: 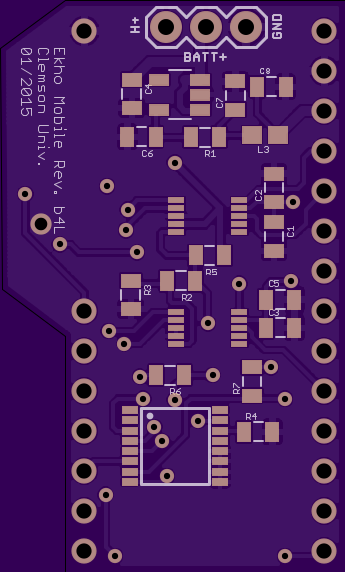 For a version of Ekho that can be deployed for long periods of time (for example with an existing sensor network deployment) order the Mobile Version of Ekho from OSH Park.

The recording interface allows you to record energy environments (represented as IV-surfaces) in real time. At its simplest the record program just serves to pipe data (specifically: IV-pairs) from the Teensy to the desktop. The bulk of the remaining code is concerned with converting sets of IV-pairs to IV-curves (using simple polynomial regression) and saving them to a file, and then finally rendering the result in near-real time with OpenGL. The generated files can be analyzed, or emulated at a later date. For more information on how recording works, and the novel techniques we use to explore an IV-surface, check the paper.. 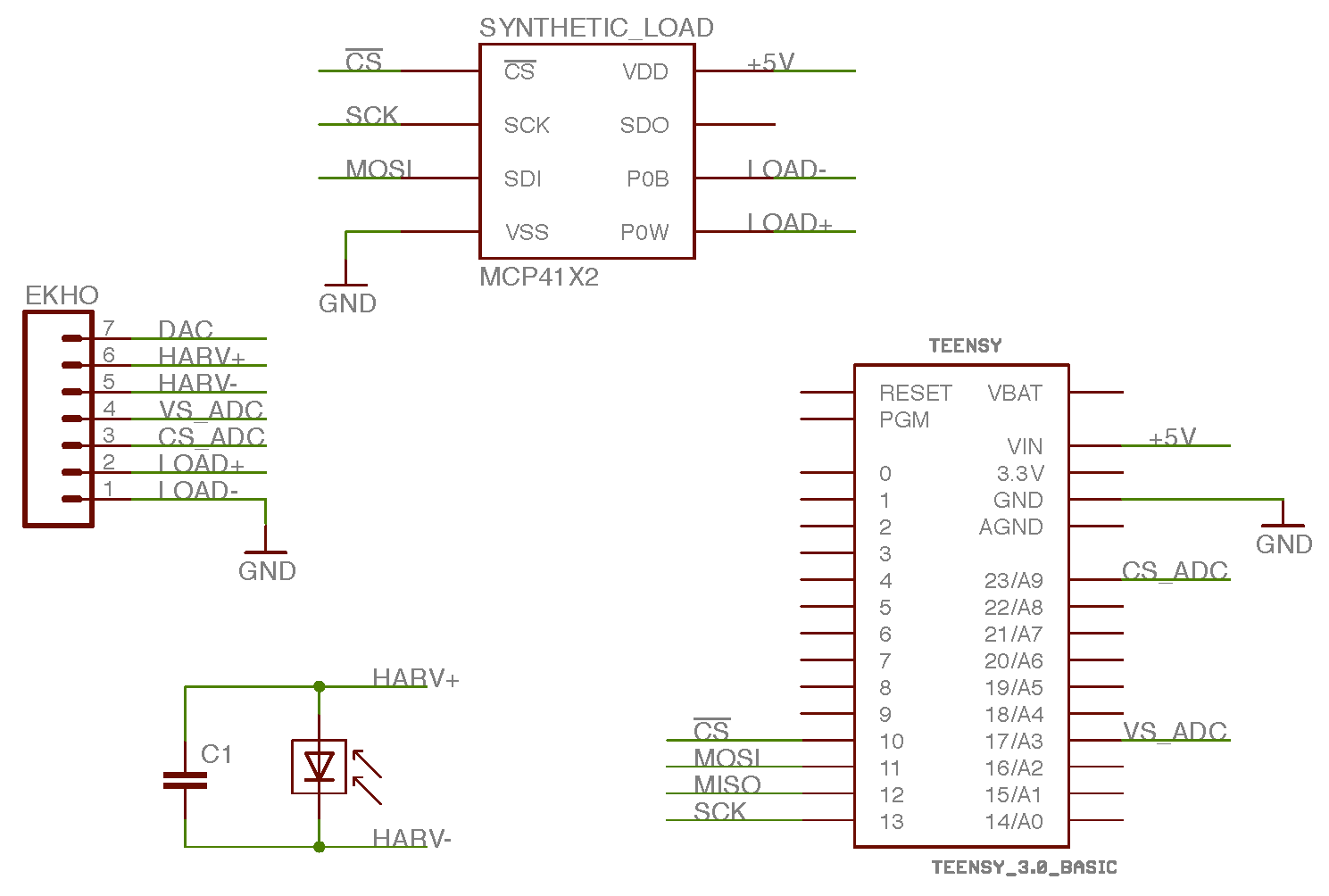 To record an IV-surface with the desktop version of Ekho, first load the firmware on the Teensy:

For the mobile version, the raw data can be taken from the micro SD card, or piped from the Teensy in the same way as the desktop version. The Ekho Mobile Front End board functions as a daughter board that sits on top (ot below) the Teensy.

Piping the pairs to the desktop via USB is shown here. 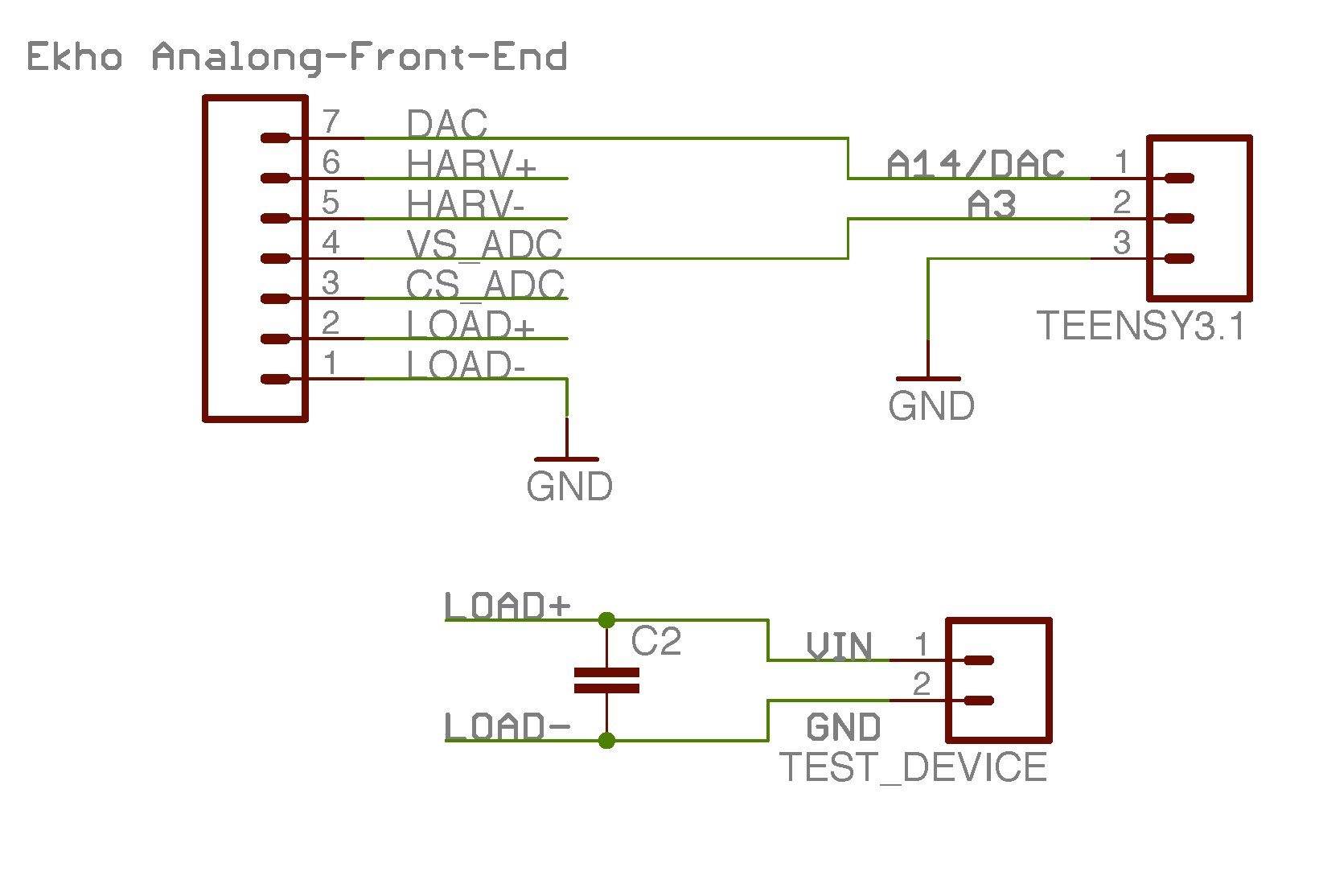 Emulating allows the user to realistically and repeatably test different software, and hardware configurations in an energy harvesting environment. For more information on how emulation works, and accuracy measures check out the paper.

Note that the OpenGL rendering is somewhat uneccessary with emulate, you can conduct emulate without the rendering and with only one Teensy 3.1 with slight modifications to the code. This simplifies the experimental setup. Post an issue here if you require more info on how to do this

We use the CRAPL License for all things Ekho. The basic idea is we are not responsible for the code "working" nor do we provide warranties. This is research quality code (which means lots of hacks). Everything including hardware is provided as-is.