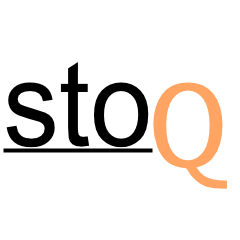 stoQ is an automation framework that helps to simplify the mundane and repetitive tasks an analyst is required to do. It enables analysts and DevSecOps teams to quickly transition between different data sources, databases, decoders/encoders, and numerous other tasks using enriched and consistent data structures. stoQ was designed to be enterprise ready and scalable, while also being lean enough for individual security researchers.

stoQ was initially a collection of scripts that helped us solve problems we encountered daily. These tasks, such as parsing an SMTP session, extracting attachments, scanning them with a multitude of custom and open source tools, saving the results, and then finally analyzing them took up an increasing amount of our team's resources. We spent an ever increasing amount of time simply attempting to collect and extract data. This took valuable resources away from our ability to actually find and analyze adversaries targeting our networks.

We grew tired of being the hamster in a wheel and decided to do something about it. In 2011, we began development of a framework that would not only tackle the problem above, but also allow us to quickly change the flow of data and automated analytics, quickly pivot to new databases to house the results, and simply be able to respond to the adversaries changing their tactics, techniques, and procedures (TTPs).

Most importantly, our focus was to build a tool that would allow us to do what we love to do -- defend networks from adversaries that are determined, focused, and relentless.

In 2015, after stoQ had been matured in multiple large scale operational networks, we decided to open source our work in hopes of helping the wider Network Defense community. Since then, we've been constantly enhancing stoQ thanks to the feedback and contributions from the community of stoQ users.