This project is an attempt to build the proof of concept of node.js auto discoverable cluster. It's possible, that nodes of the cluster could be located in the different networks.

In detail, the project is described in the articles which are linked below:

Next technologies are used:

To run the app the next should be done

Using the UI url - you can examine the current etcd content.

During the machine instantiating, Vagrant would prepare three servers - A,B,C. Each server is able to run the node-app node, all together they should build up a cluster. 6. After some time, the machines would be instantiated. It's time to run the application. Let's open three terminals - one per app.

In case we did everyhing right before, there is a good chance to see that three of our nodes are up. One of the is master. Master sends the tasks to the worker nodes, workers are performing the calculations and returning the results to the master. 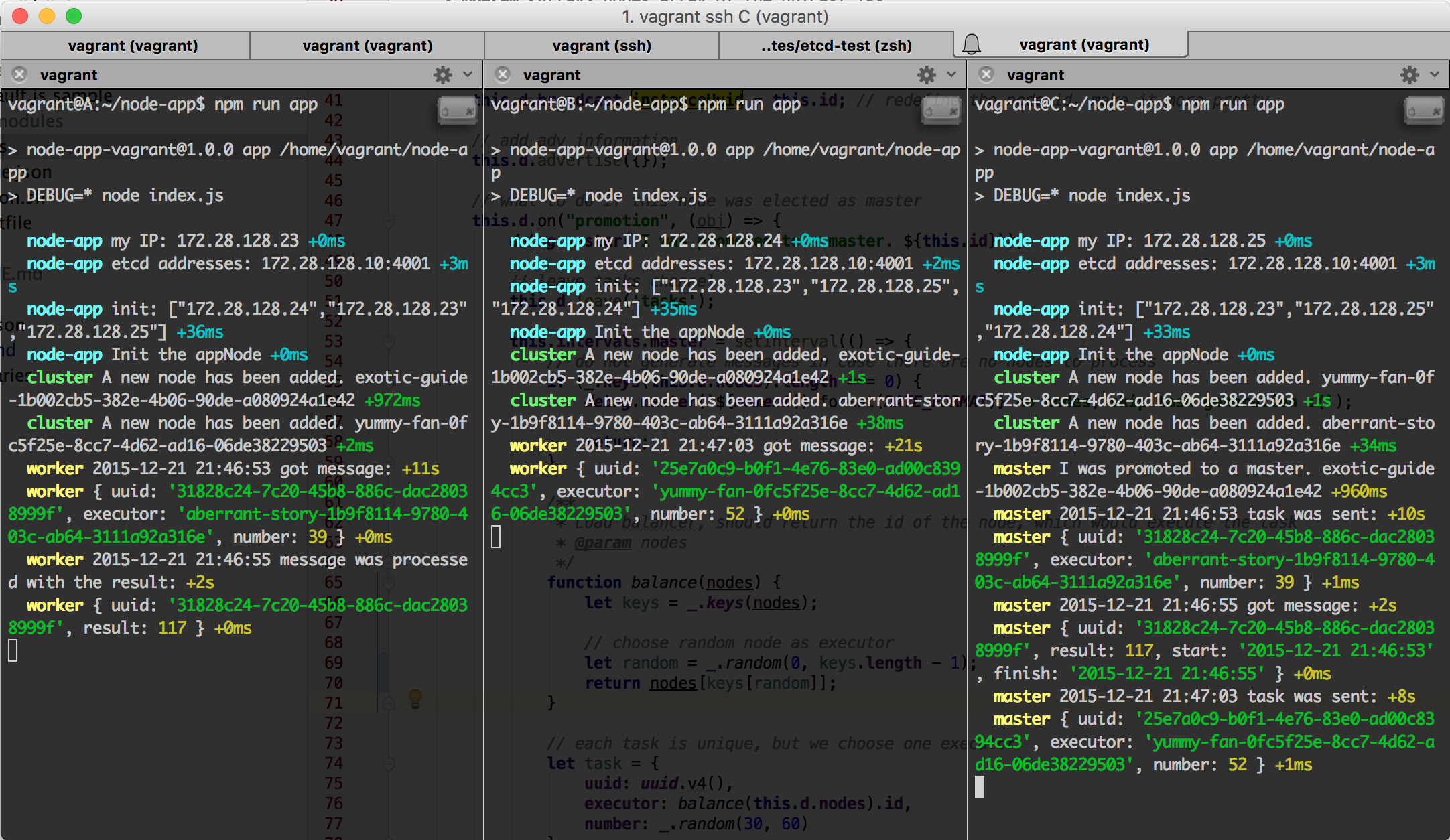