Noriben is a Python-based script that works in conjunction with Sysinternals Procmon to automatically collect, analyze, and report on runtime indicators of malware. In a nutshell, it allows you to run an applications, hit a keypress, and get a simple text report of the sample's activities.

Noriben allows you to not only run malware similar to a sandbox, but to also log system-wide events while you manually run malware in ways particular to making it run. For example, it can listen as you run an application that requires varying command line options, or user interaction. Or, to watch the system as you step through the application in a debugger.

While Noriben was designed for analysis of malware, it has also been widely used to audit normal software applications. In 2013 it was used by the Tor Project to provide a public audit of the Tor Browser Bundle

Below is a video of debugging a VM-checking malware in a way to still get sandbox results (mis-clicks due to a mouse pointer that was 5 pixels off :)) 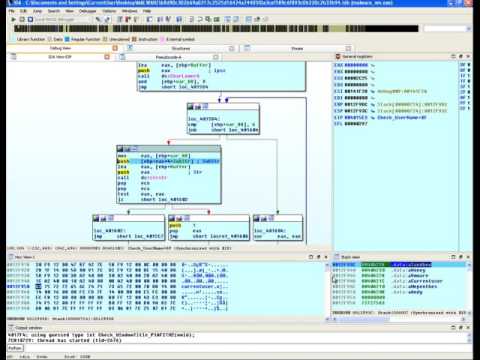 Noriben only requires Sysinternals procmon.exe (or procmon64.exe) to operate. It requires no pre-filtering (though it would greatly help) as it contains numerous white list items to reduce unwanted noise from system activity.

For a more detailed explanation, see my slide deck from Black Hat 2015 Arsenal. And a more detailed blog post: http://ghettoforensics.blogspot.com/2013/04/noriben-your-personal-portable-malware.html

I've also included a much desired frontend operator, NoribenSandbox.py. This script allows you to automate the execution of Noriben within a guest VM and retrieve the reports. It currently runs on OSX (but will be ported) and is responsible for: spinning up a predefined VM and snapshot, copying the malware to the VM, starting Noriben and the malware, waiting a predetermined period of time, copying the results to the host as a ZIP, and taking a screen capture of the VM. You can even use --update to automatically copy the newest Noriben from your host, so that you don't have to continually make new snapshots when you make a change to the script.

Want to see that in action? 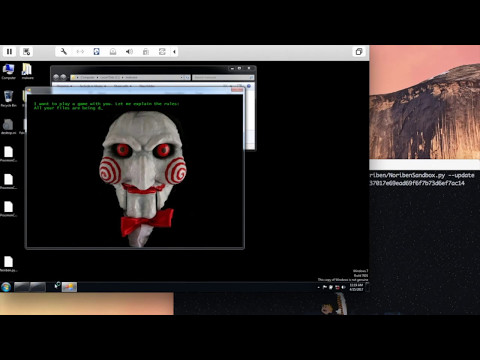 If you have a folder of YARA signature files, you can specify it with the --yara option. Every new file create will be scanned against these signatures with the results displayed in the output results.

If you have a VirusTotal API, place it into a file named "virustotal.api" (or embed directly in the script) to auto-submit MD5 file hashes to VT to get the number of viral results.

You can add lists of MD5s to auto-ignore (such as all of your system files). Use md5deep and throw them into a text file, use --hash to read them. This will ultimately go under changes, though.

You can automate the script for sandbox-usage. Using -t to automate execution time, and --cmd "path\exe" to specify a malware file, you can automatically run malware, copy the results off, and then revert to run a new sample.

The --generalize feature will automatically substitute absolute paths with Windows environment paths for better IOC development. For example, C:\Users\malware_user\AppData\Roaming\malware.exe will be automatically resolved to %AppData%\malware.exe.

One common error that appears is due to how Python 2.7 handles Ctrl-C calls during a sleep. This is seen in operation as soon as Ctrl-C is pressed with the following errors:

This is an odd error that occurs seemingly randomly, and in ways that cannot be managed. Resolving this can be done multiple ways. Once this error occurs, you can terminate Procmon manually with 'procmon.exe /Terminate'. From this point, your Noriben*.PML file still exists and the operation can be resumed with: 'Noriben.py -p .PML'.

Licensed under the Apache License, Version 2.0 (the "License"); you may not use this work except in compliance with the License. You may obtain a copy of the License in the LICENSE file, or at: