Sign up
iDDNet:re - DDNetwork with dummies & rescue
Find file
Pull request Compare This branch is 69 commits ahead, 2963 commits behind ddnet:master. 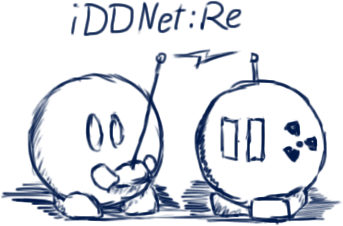 To compile DDNet yourself, you can follow the instructions for compiling Teeworlds.

DDNet requires additional libraries, that are bundled for the most common platforms (Windows, Mac, Linux, all x86 and x86_64). Instead you can install these libraries on your system, remove the config.lua and bam should use the system-wide libraries by default. You can install all required dependencies and bam on Debian and Ubuntu like this:

The MySQL server is not included in the binary releases and can be built with bam server_sql_release. It requires libmariadbclient-dev, libmysqlcppconn-dev and libboost-dev, which are also bundled for the common platforms.

Note that the bundled MySQL libraries might not work properly on your system. If you run into connection problems with the MySQL server, for example that it connects as root while you chose another user, make sure to install your system libraries for the MySQL client and C++ connector. Make sure that mysql.use_mysqlconfig is set to true in your config.lua.