This code is not the full SPQR Team Release but it is only a part of it released for the RoboCup Community. Please refer to the SPQR Team Description Paper for the details about all the modules contained in the SPQR Team release.

SPQR Ball Perceptor is provided WITHOUT ANY WARRANTY about its usability. It is for educational purposes and should be regarded as such. Please report bugs at sapienza.spqrteam@gmail.com

SPQR Ball Perceptor is a software module for black and white ball detection developed by the SPQR Team to be used within the BHuman framework. This repo is a fork from the official 2016 B-Human code release.

The SPQR Ball detector is based on a supervised approach implemented in OpenCV. In particular, an LBP binary cascade classifier has been trained to detect the ball. Details about how to generate the classifier are available in the tutorial "How to Use OpenCV for Ball Detection - RoboCup SPL Use Case".

The SPQR Ball Perceptor has been tested on Ubuntu 16.04 LTS. The installation procedure is as follows.

IMPORTANT: To improve the detection and to not discard far away balls it is necessary to calibrate the NAO's camera matrix and joints.

SPQR Ball Perceptor has been used by the SPQR Team during the competitions of the Robocup German Open 2017. 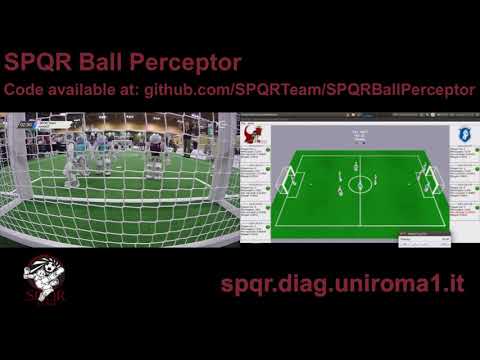 SPQR Ball Perceptor can be used both indoor and outdoor without any modification. 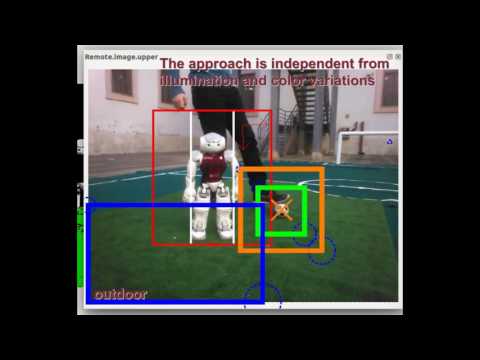