PiKey is Physical Penetration Testing device used for the extraction and reuse of credentials on locked Microsoft Windows 7 systems. It is designed to work against corporate domain-joined machines, but may also work against home machines.

Based on the Raspberry Pi Zero W, the PiKey builds upon the Credential stealing attacks by Mubix in 2016 (https://room362.com/post/2016/snagging-creds-from-locked-machines/) and attempts to use stolen credentials to unlock machines. It typically takes one to three minutes to unlock a machine.

The PiKey is due to be demonstrated at the BSidesLondon 2017 conference, a video of it in action can be found below. 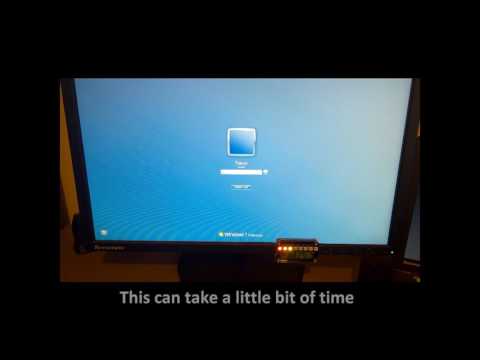 How does it Work?

When first inserted into a machine, the PiKey emulates a known network adaptor (so all Windows 7 machines should load drivers for it without needing to download from Windows Update). Windows then prioritises this interface over any pre-existing ones, meaning it starts to send traffic through it. This then allows the device to use the amazing Responder to capture credentials.

The PiKey then removes the network adaptor emulation and starts to emulate a HID Keyboard. The cleartext credentials are then typed back into the machine, thus unlocking it.

The following hardware is required for the PiKey to work

The following software is required for the PiKey to work

Once the PiKey and Kali Linux have been setup correctly, the following process can be used to use the PiKey:

!!NOTE!! - After the intial install, it might be wise to change these setting to a wifi hotspot on your phone or similar, as this is typically what you will use away from home. If you forget this step, then no hashes will get cracked!!

During the setup process the PiKey creates a set of Public/Private keys. The private key is always kept on the PiKey and the public key is copied into the server setup script. All credentials passed between PiKey and Server are passed through a SSH connection between the two components which is protectecd by those keys

The PiKey itself doesn't store any obtained or cracked credentials on it, so if it is lost or taken the credentials won't be exposed to risk. The server however stores all of the credentials passed to it, so even if they're not cracked during an engagement they can be attacked again at a later date. Thanks for the following individuals for help on this project:

Mark Stone for the great name